Okay, so we were supposed to be moving inside to talk about all the progress being made there, but there was one important detail we had to get done before we could really have a functioning life inside the new building: connect the water and sewer. In other words, we needed to dig a long ditch from the back of the property to the front.

Problem #2: We had two storage containers in the way of where the ditch needed to go. 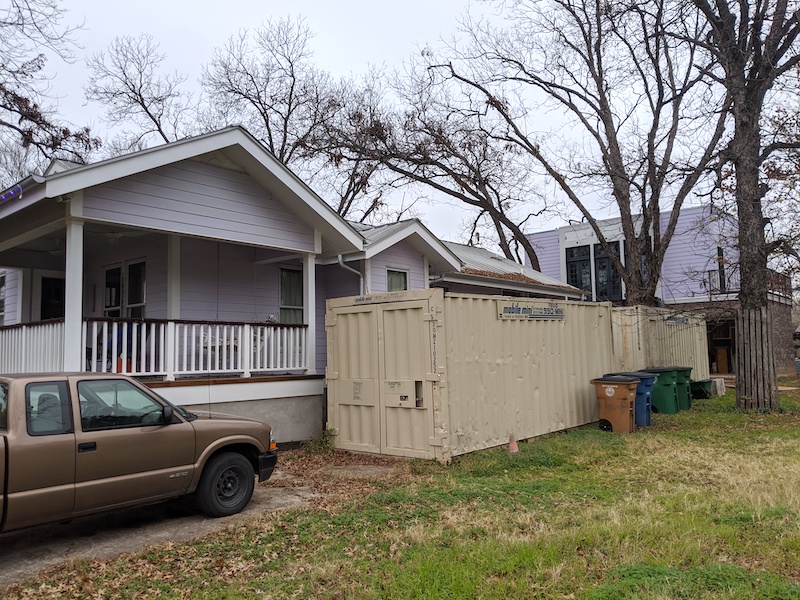 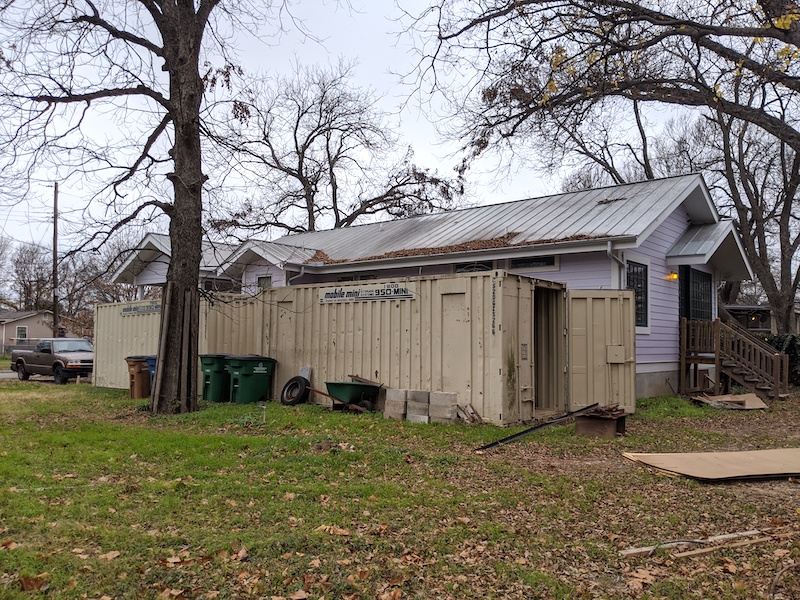 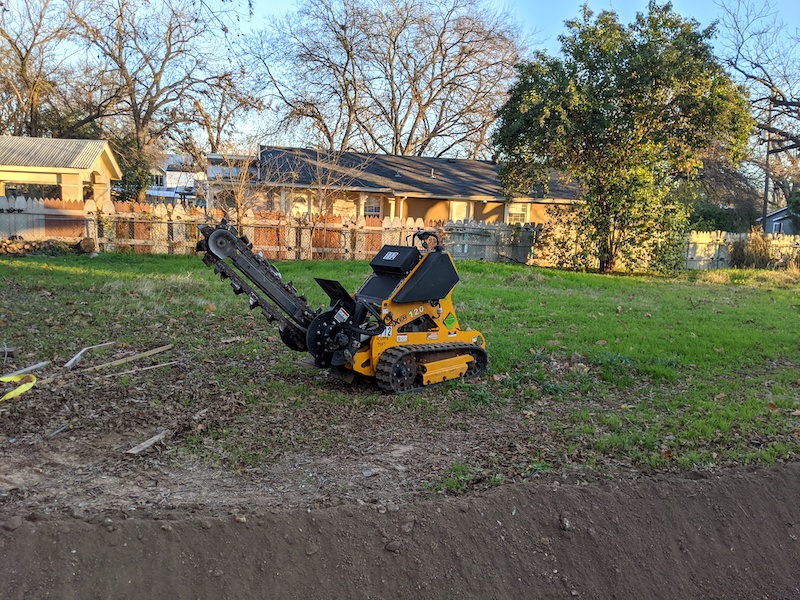 Solution #2: Empty out the storage containers so we could move them both. One would be permanently removed, the other would be relocated further up the driveway. 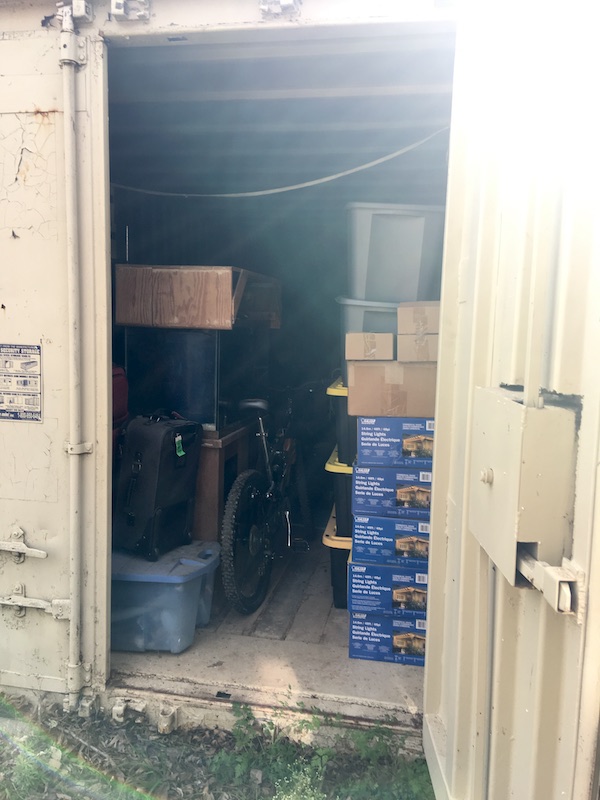 So, I spent weeks sorting all of our extraneous stuff into piles: trash, donate, keep in the house, or store in the attic. Note the creeper cat at the door. 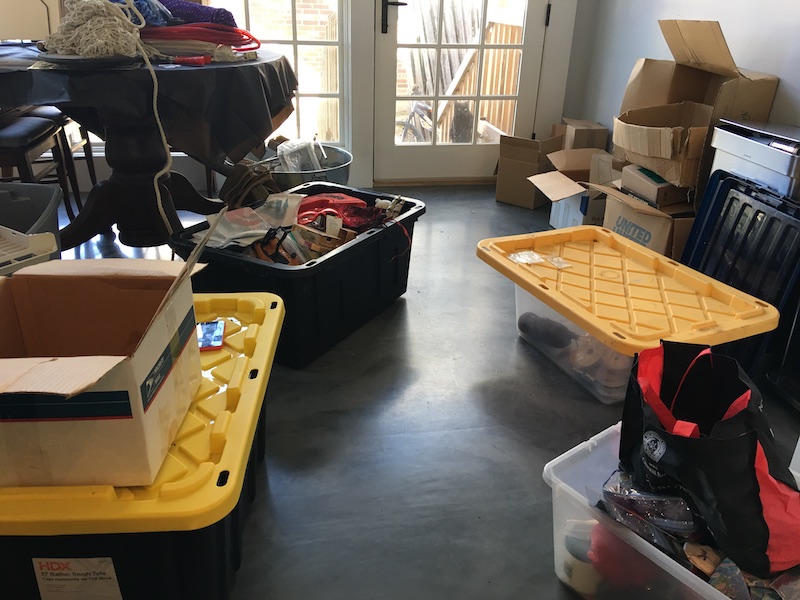 It was nice to get my great grandparents’ 120-year-old furniture out of storage and into the guest room. 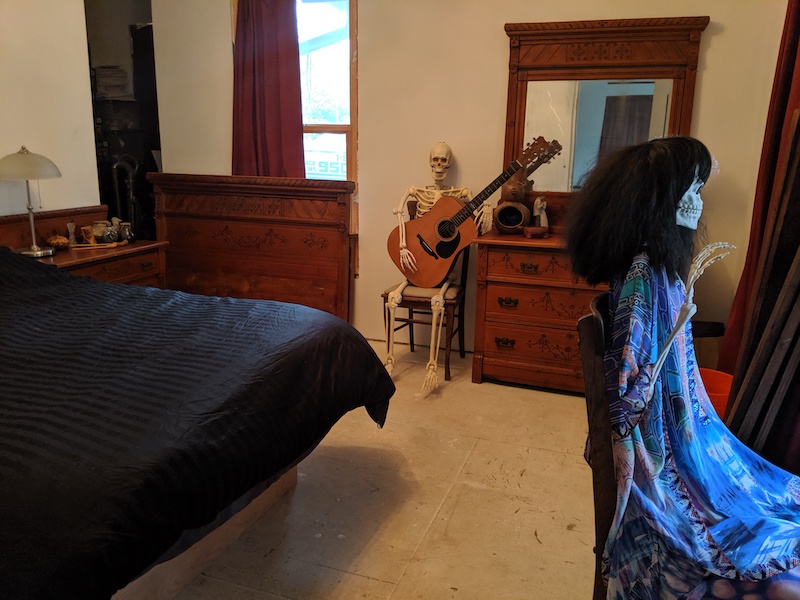 It was less nice to try to find room for all of the old wood we pulled out of the house (including the original hardwoods), an aquarium and all it’s accessories, and a disassembled Harley. 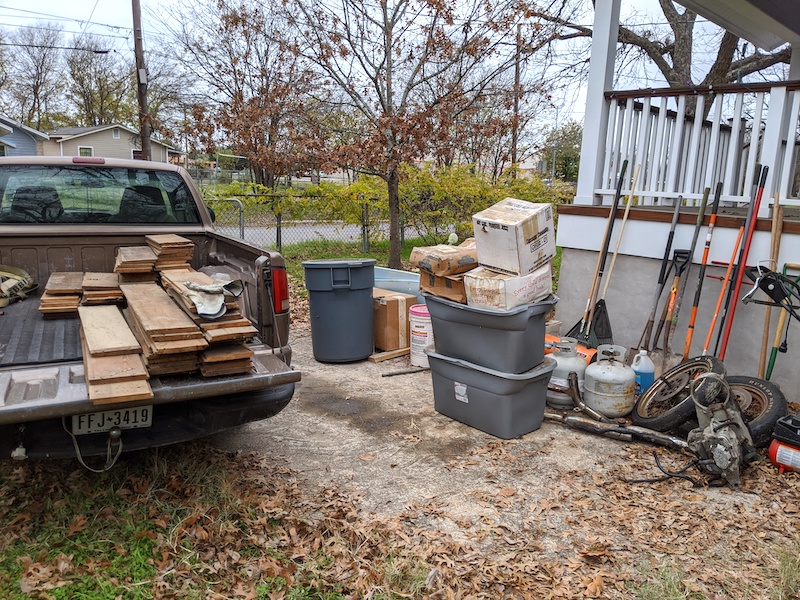 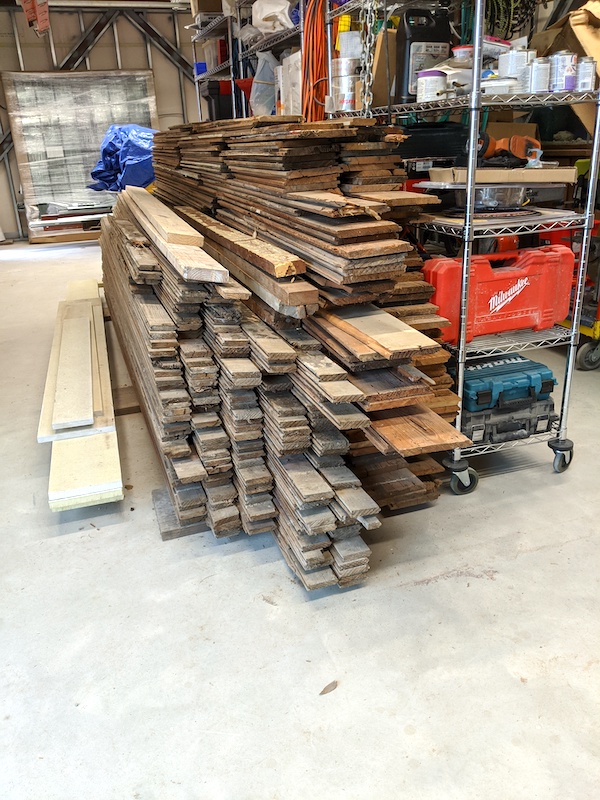 But finally, we had two empty boxes. I called Mobile Mini and they were great about getting them rearranged/removed the way we needed them. 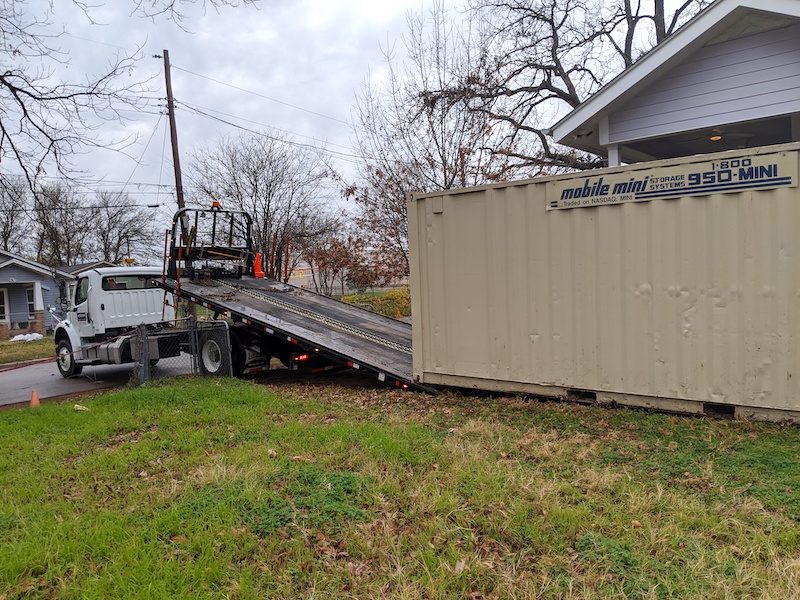 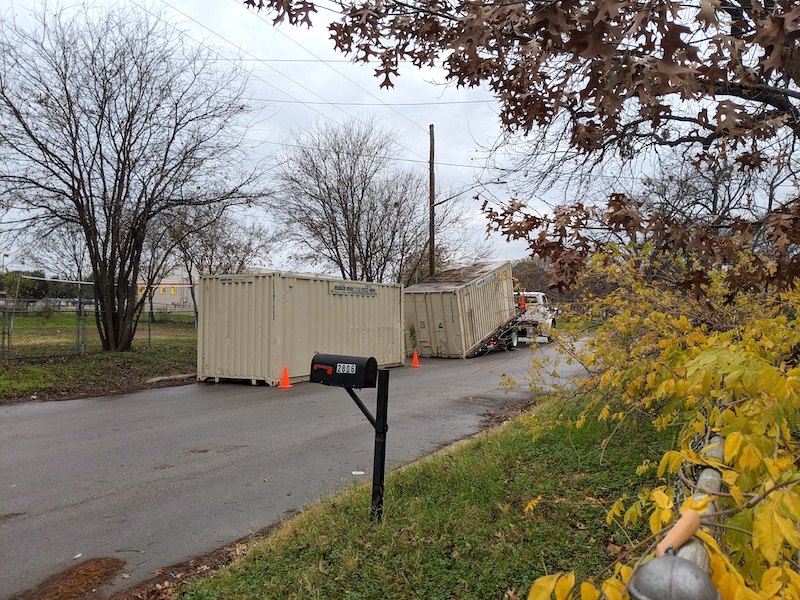 For a minute there, I could see the whole driveway. “Hi!” waves Clark Griswold. You’ll meet him again later! 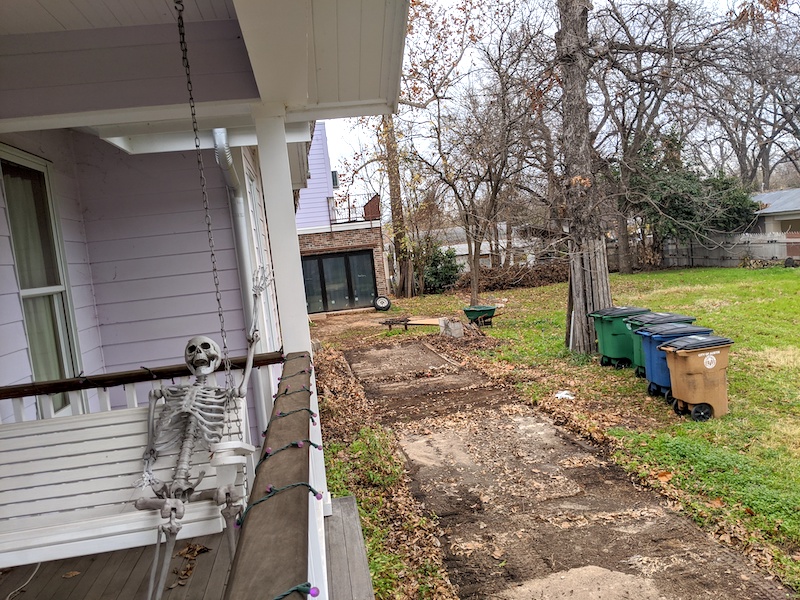 But then we put the better of the two boxes back. 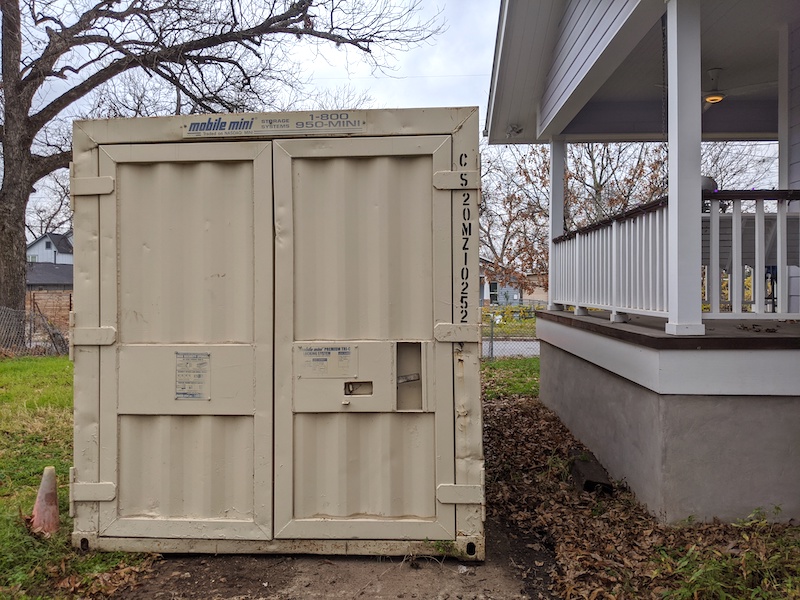 And we left juuuuuuuuuuuuust enough room for the ditch. With the Ditch Witch, or whatever you call that big-toothed monster, we thought it’d be quick and easy. 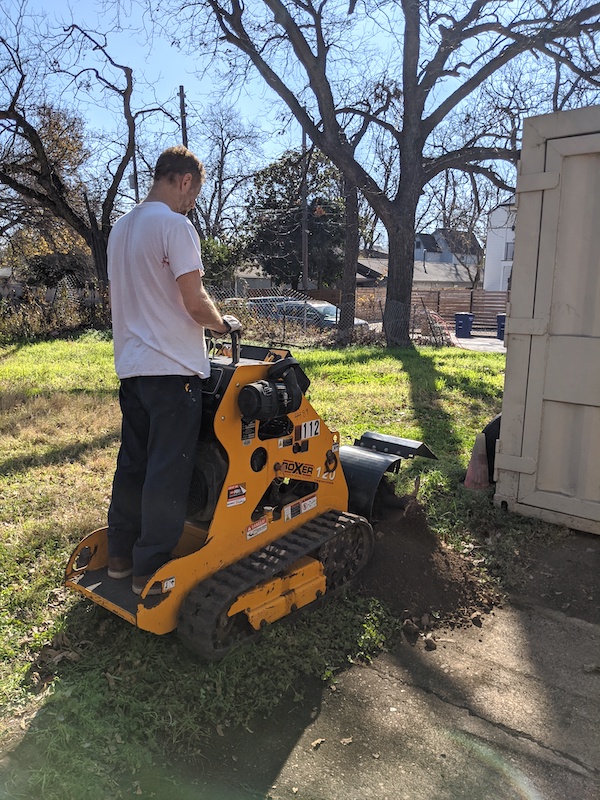 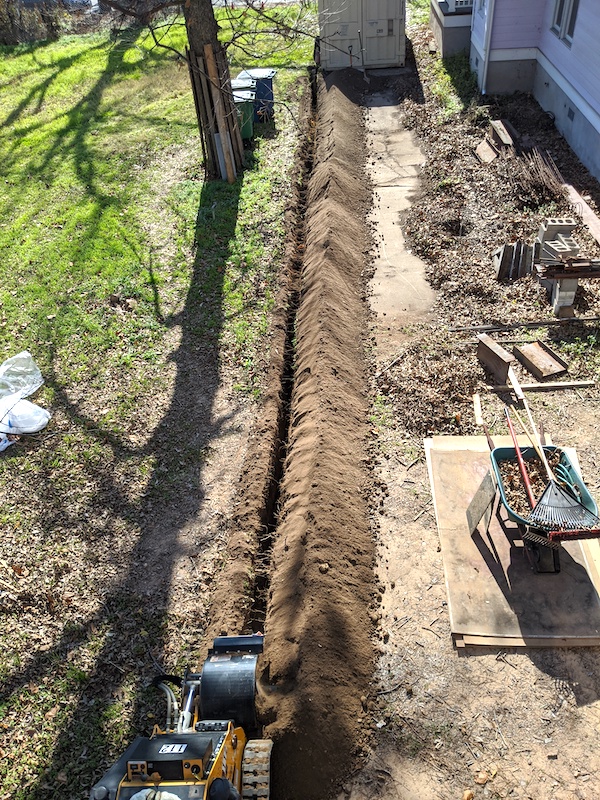 But when has anything ever been easy. The proximity of the back building and a big pecan tree meant he had to do some hand digging around roots, and widen parts of the trench. In short, it was a pain in the ass. 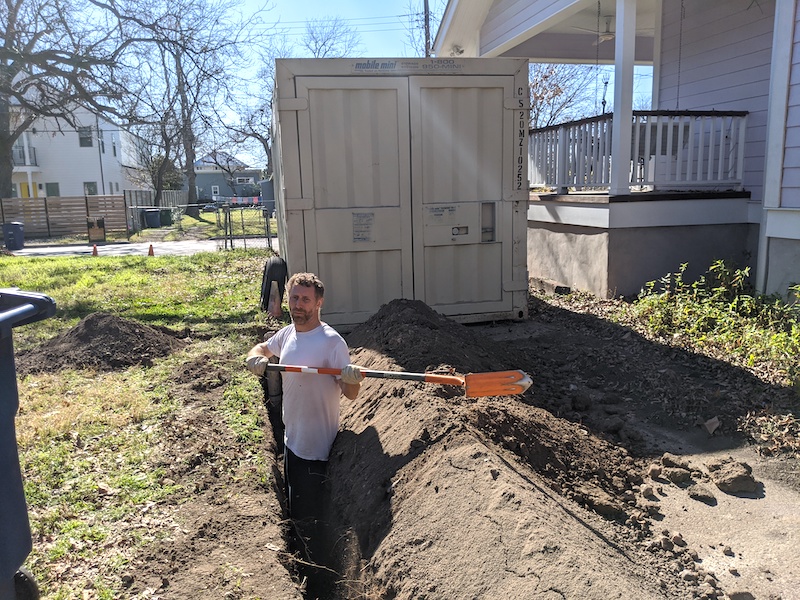 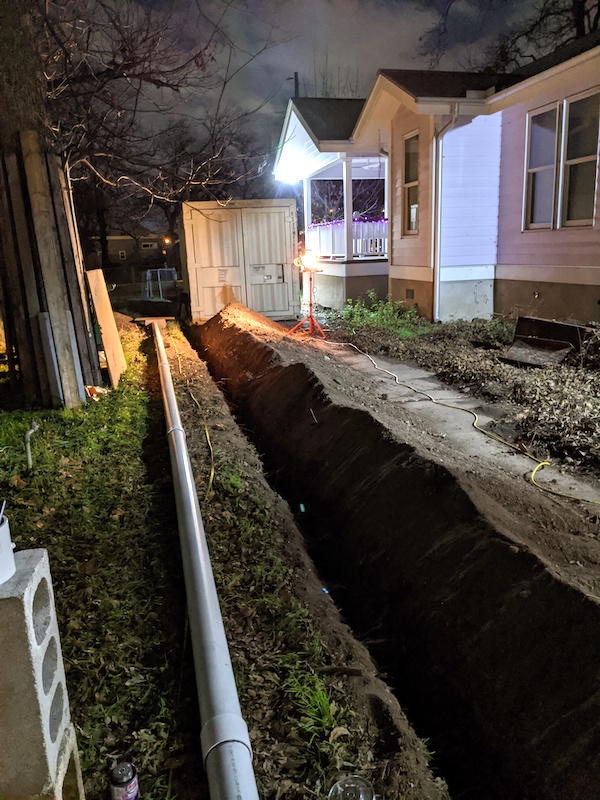 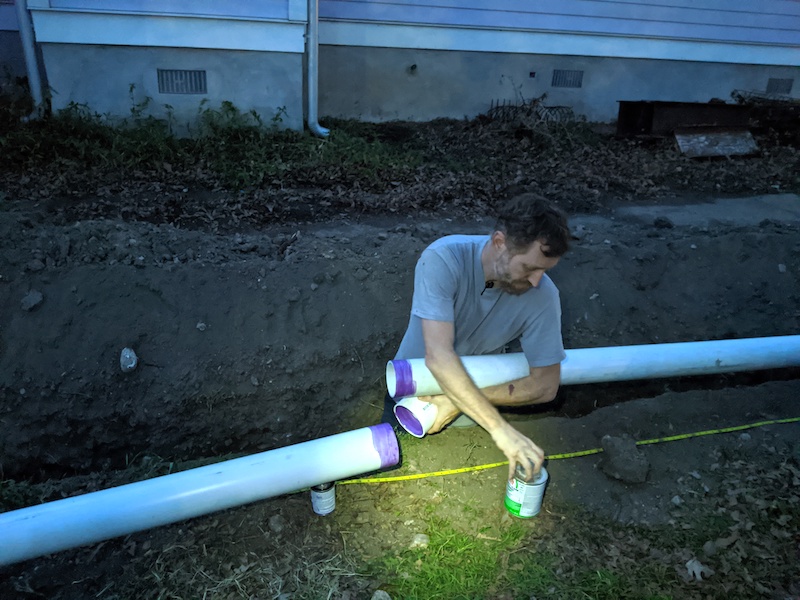 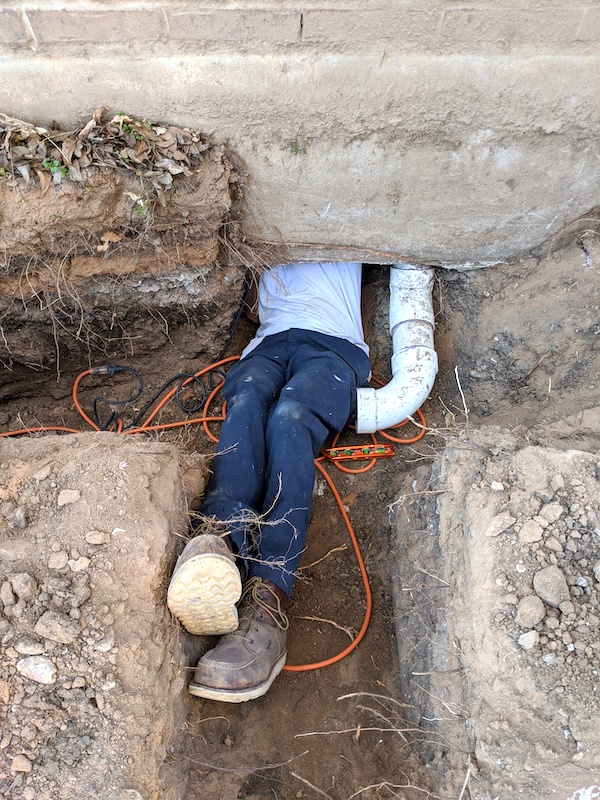 Then we cussed a lot as we leveled the pipe (at the proper angle so that the shit rolls down hill, obviously), and then put sand into the trench. 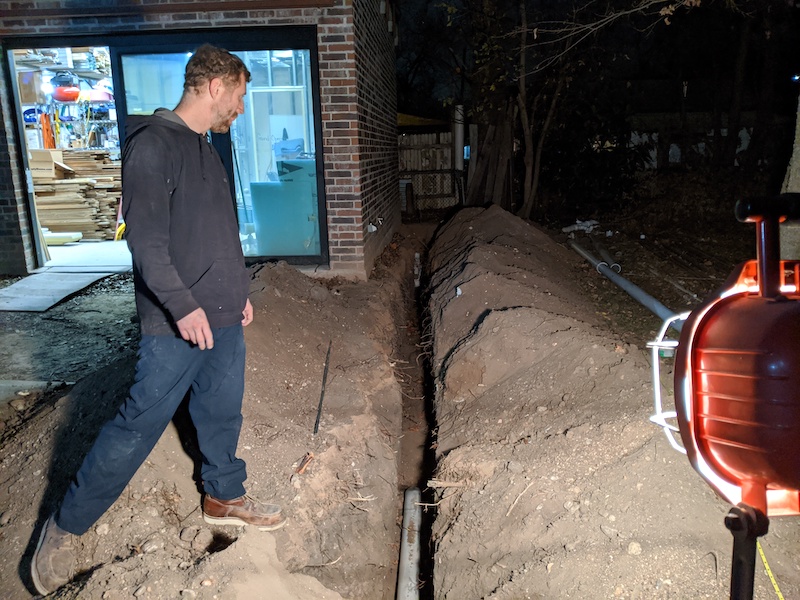 Finally, we got it all set and buried. Yay! 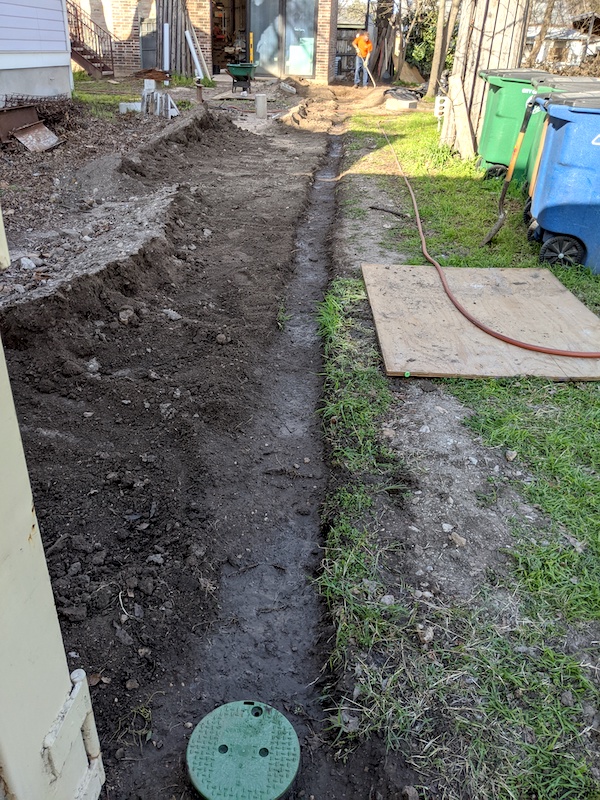 Okay, so nooooow we can move to working inside. Woohoo!