Chapter 101: From Enclosed to Awesome

In Texas, there’s not much use for a place without AC, amiright?

And an AC ain’t much good without insulation. So we were ready to get the new building insulated, but first we had a bunch of shit to do, like, fill the wall cavities with everything that would need to go in them before we filled them with insulation foam.

That meant we’d need to get all of the electrical, plumbing, security, and internet done before insulation could happen.

It just so happened that COVID-19 hit and Errek took a leave of absence from his construction job in order to avoid the plague, thus granting him some extra time for things like running all of the electrical, plumbing, security, and internet.

First, Errek bent a bunch of pipe for running electrical to all the sockets, plugs, and outlets. 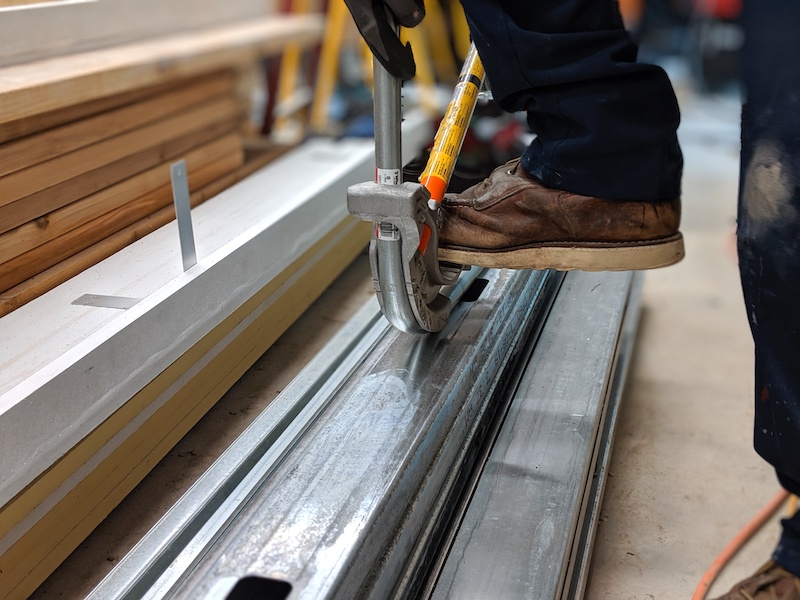 Then he pulled a bunch of wire through it all. 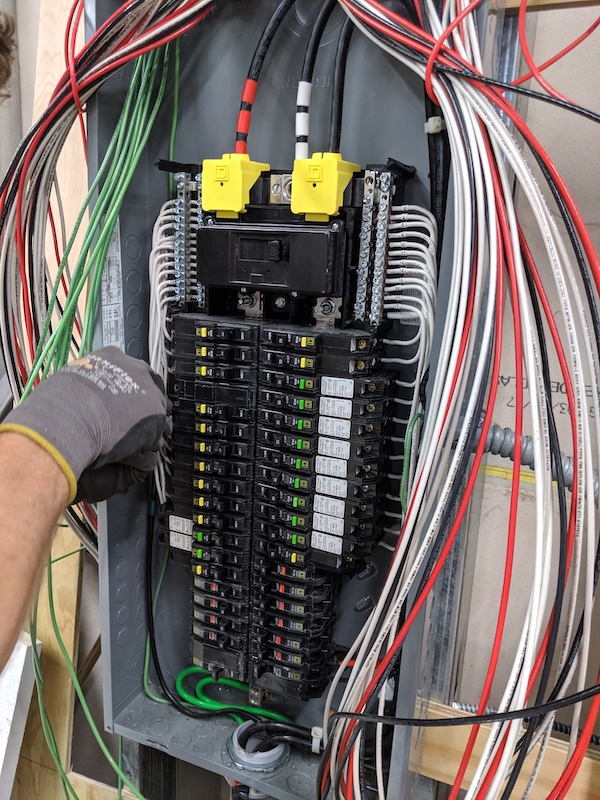 And, hey, since the wire was there, might as well connect the lights. Let there be lights! 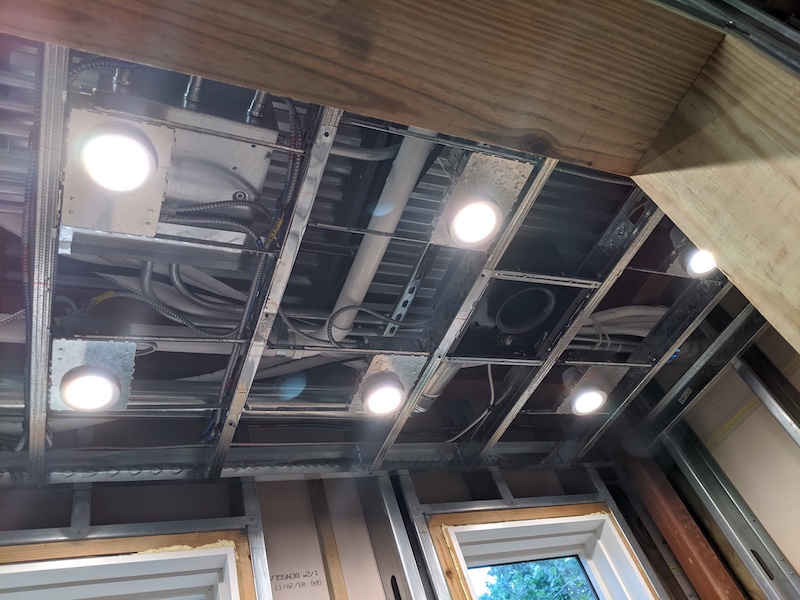 He also ran flex pipe (not sure if that’s the name for it, but it’s blue tubing there on the wall). It was for the security and internet cables. 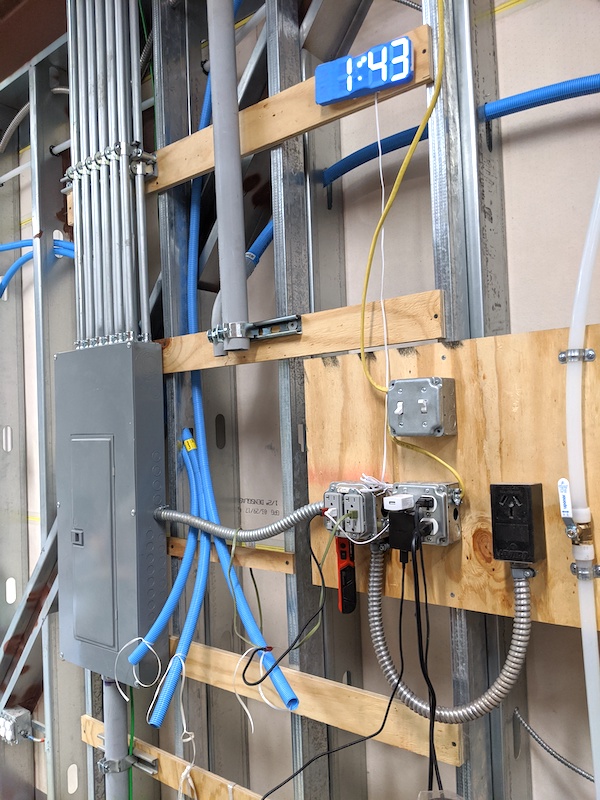 And, heck, since he’d run the wire, might as well connect the internet in the new building. Lights and internet, what more could we ask for? 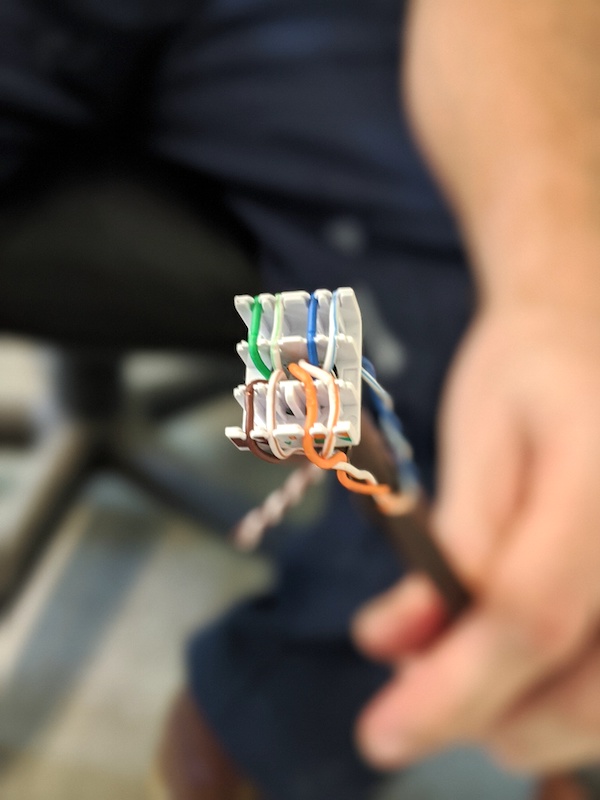 Well, AC, obviously. So he ran all the mechanical to get the ACs installed. We have three mini-split units, all running on one compressor. No ductwork, just efficient blowers. 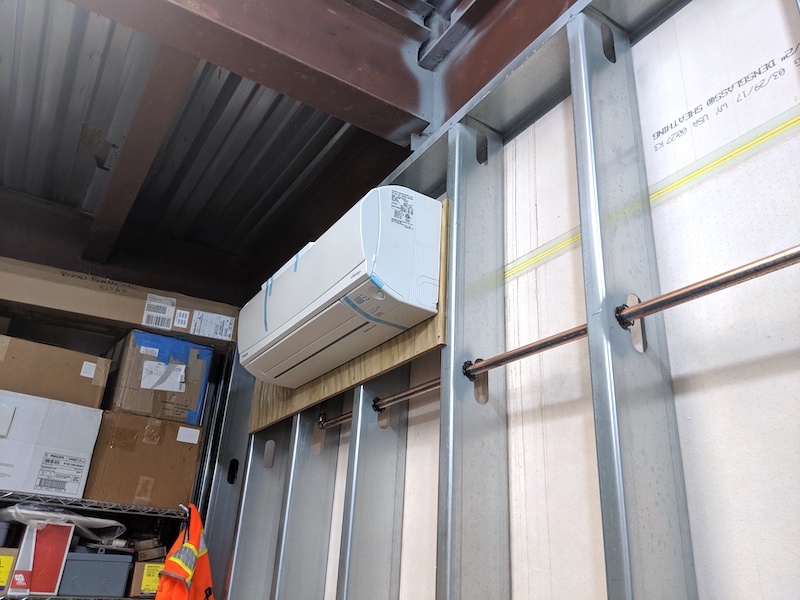 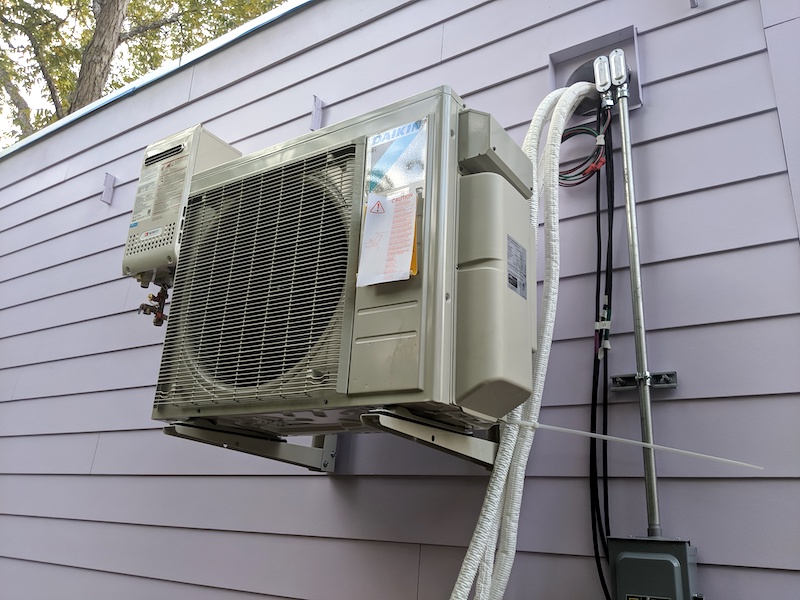 Next, we had to run water to the new building. For this, we used PEX. It’s really easy to install. I just pushed the big coil of PEX while Errek fished it through the walls. 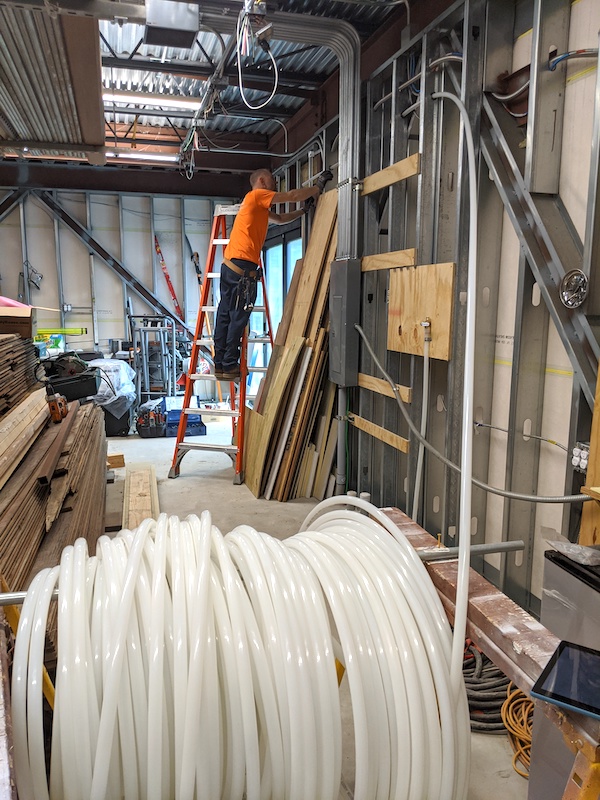 Then he got under the house and we fished it through some piping he’s set up back when we had the concrete laid so that it connected with the main house water supply. 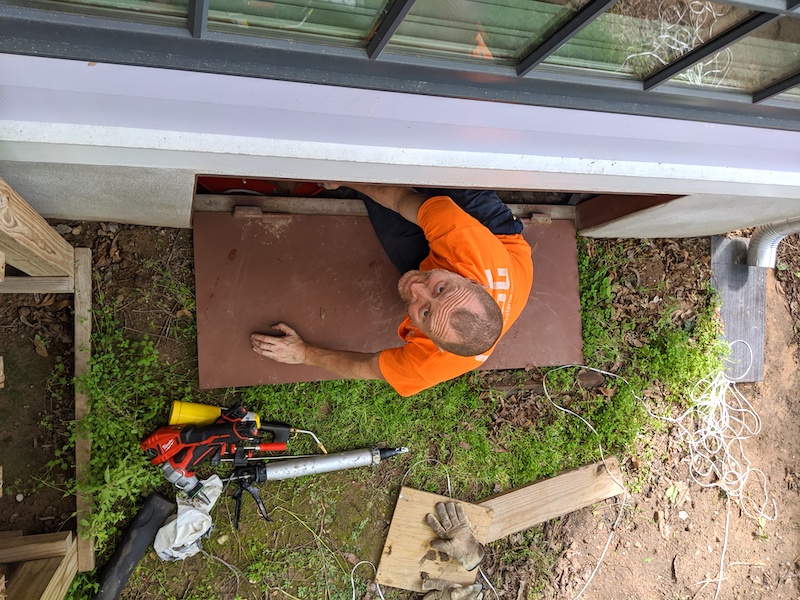 Making connections with this PEX stuff is really easy, you slide a coupler on, use this little expander doohickey, stick your valve in and it shrinks back down to fit. No leaks. 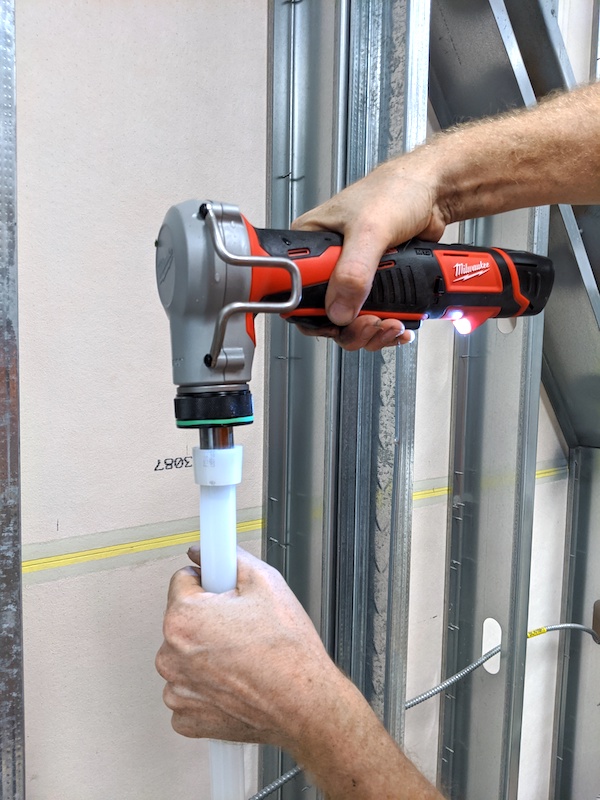 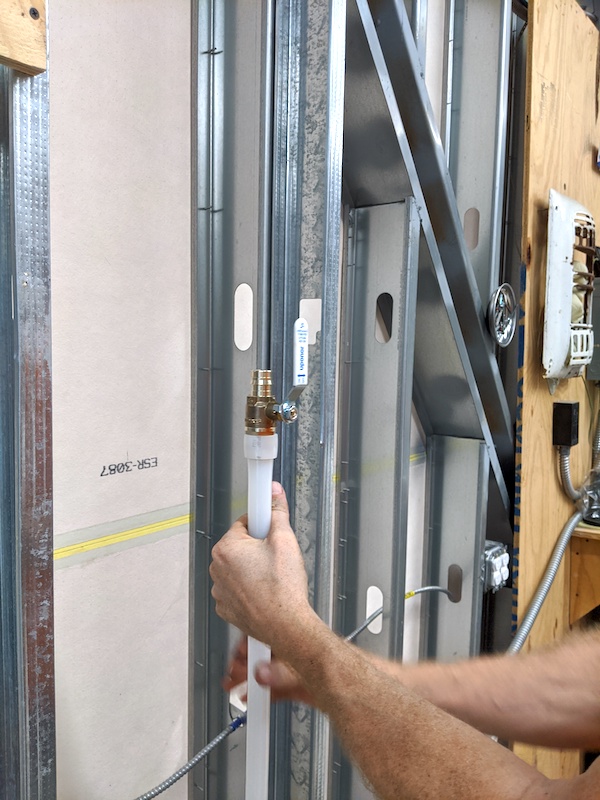 Soooooo, with all of that in the walls, it was finally time for insulation. That was the whole point of all this, remember? First we had to move everything to the middle of the room and cover it in plastic. 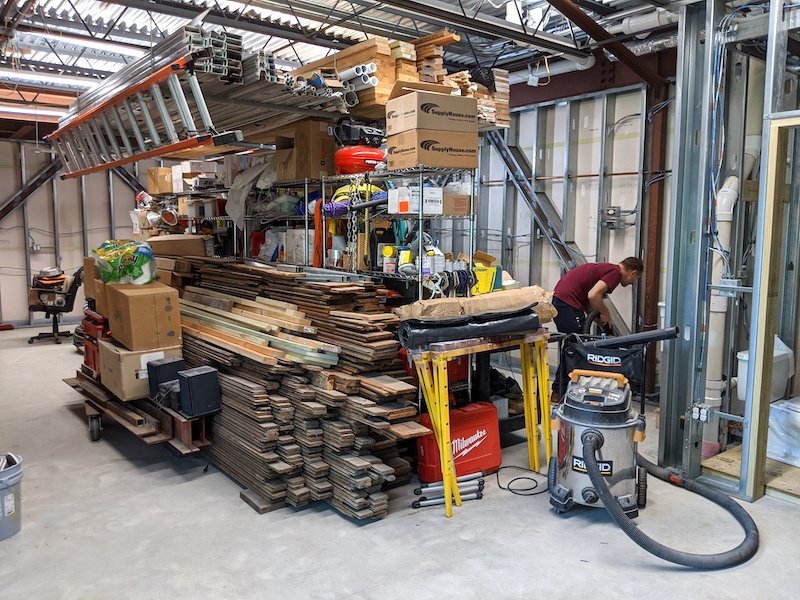 Then the dudes came in and sprayed the walls. Check it out! 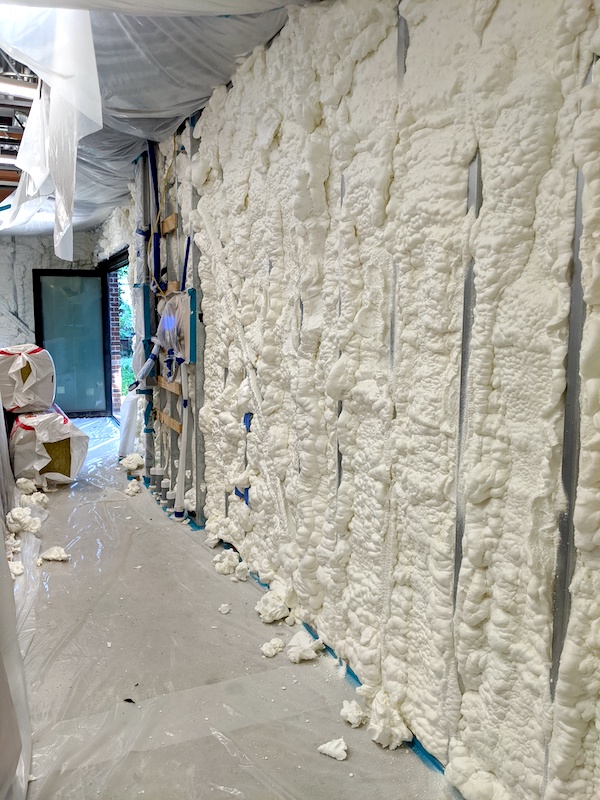 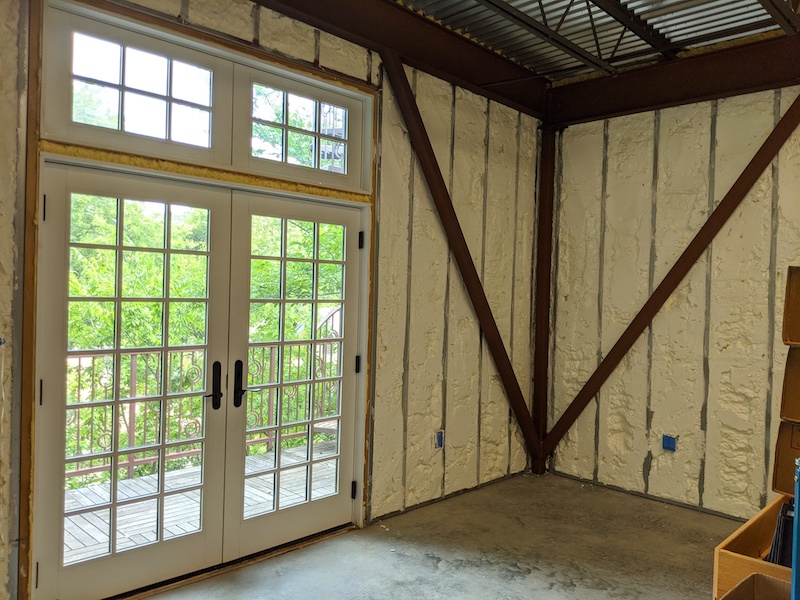 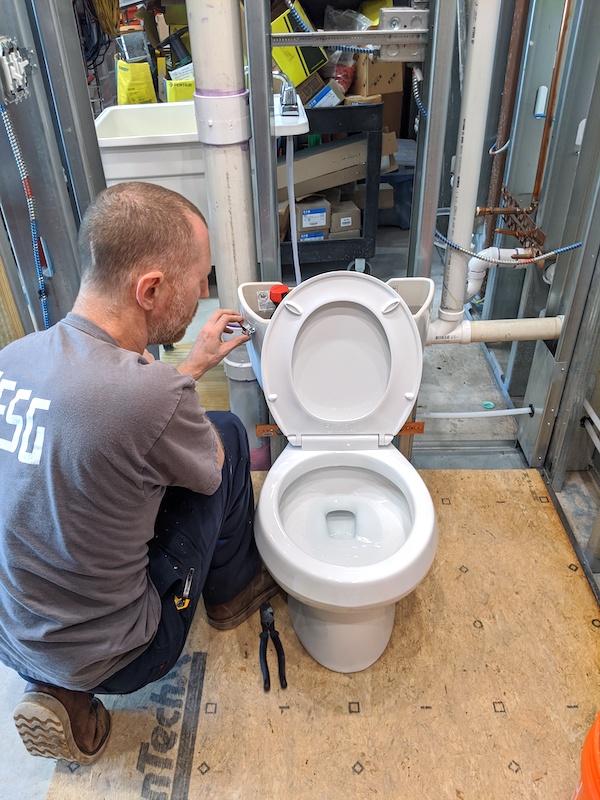 I mean, not to be greedy, but now that I could use the outside upstairs (we call it the “outstairs”) as an office, it’d be nice if it had a toilet. Right?

Of course, just like the the first time we installed a toilet in this place, we had to improvise on privacy. Moving blanket bathroom walls…again. But, I mean, it’s worth it because we have four toilets now. Four toilets. 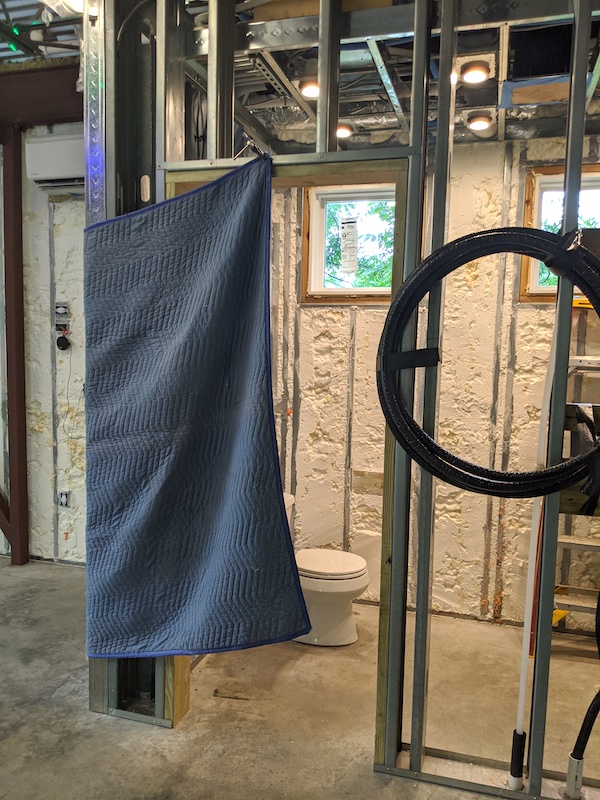 In my whole life I’ve never had four toilets. It’s blowing my mind a little bit.

And speaking of how very comfortable the “outstairs” has become, check it out. I hung up some crystals in the western transom windows, and some pretty lights in the rafters. It’s lovely, y’all. 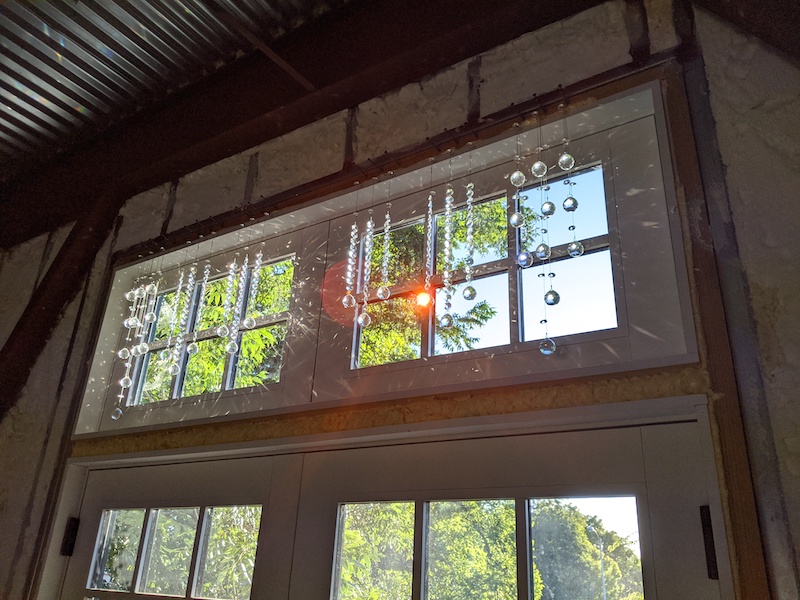 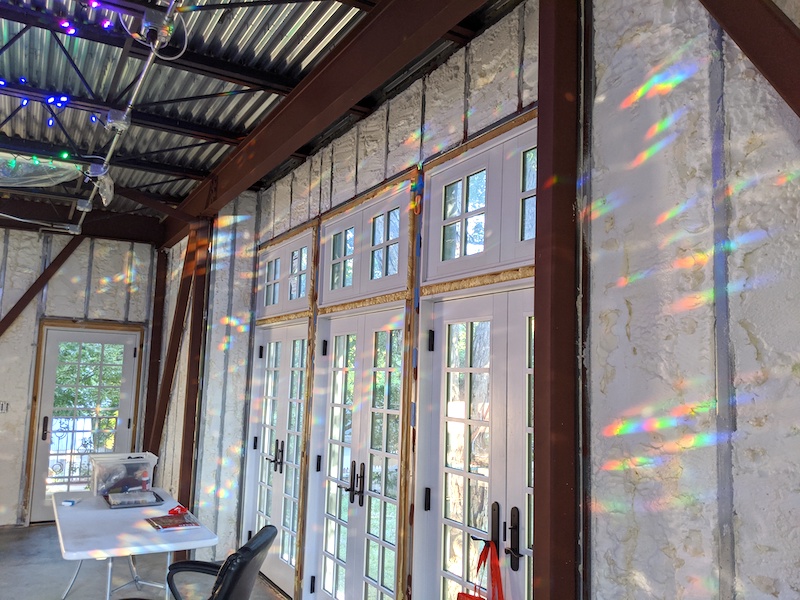 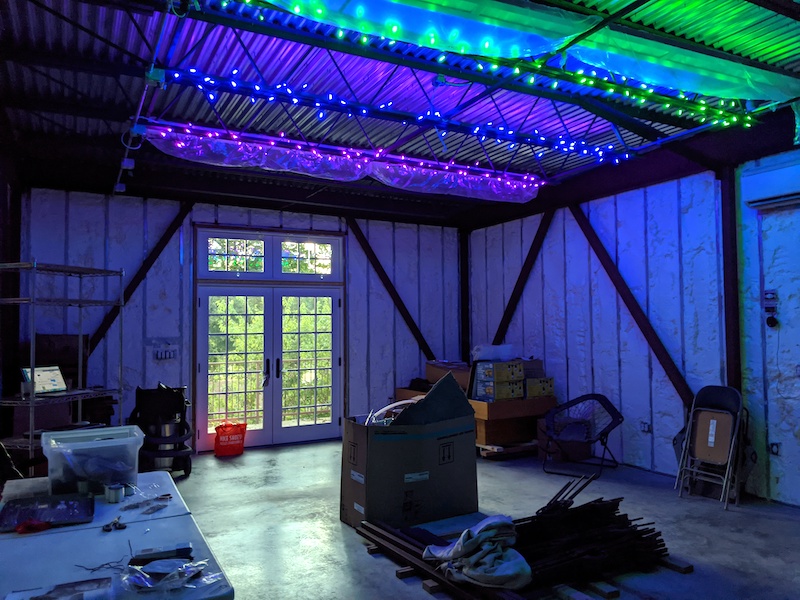 Plus, I’ve made some new friends up there too!

So, yeah, raccoon buddies in the outstairs. Right after my first run in with these stinkers, Errek hooked me up some lights so I wouldn’t run into them in the dark anymore. 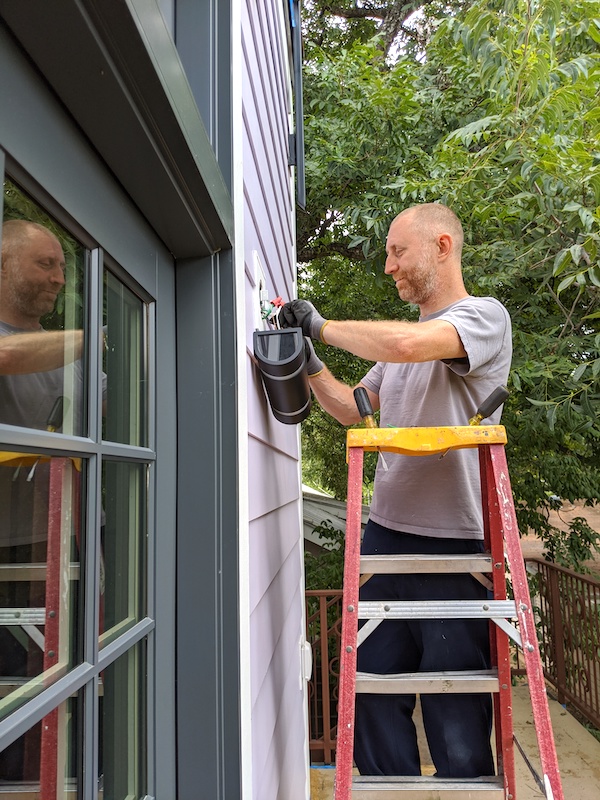 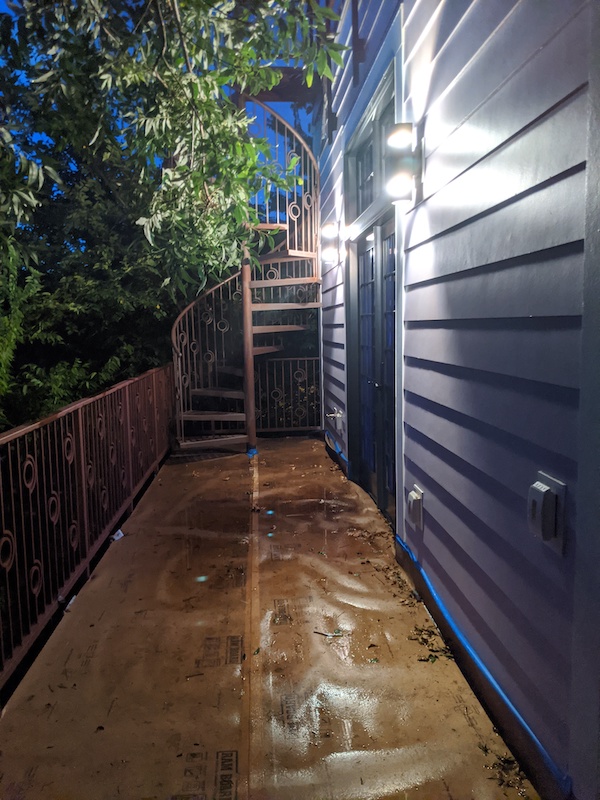 Alrighty, so it’s all pretty awesome, right? Well, you ain’t seen nothin’ yet. Let’s head up another floor to the rooftop deck!