Ducks in trees. It’s like “Where’s Waldo?” if Waldo were a duck…in a tree. 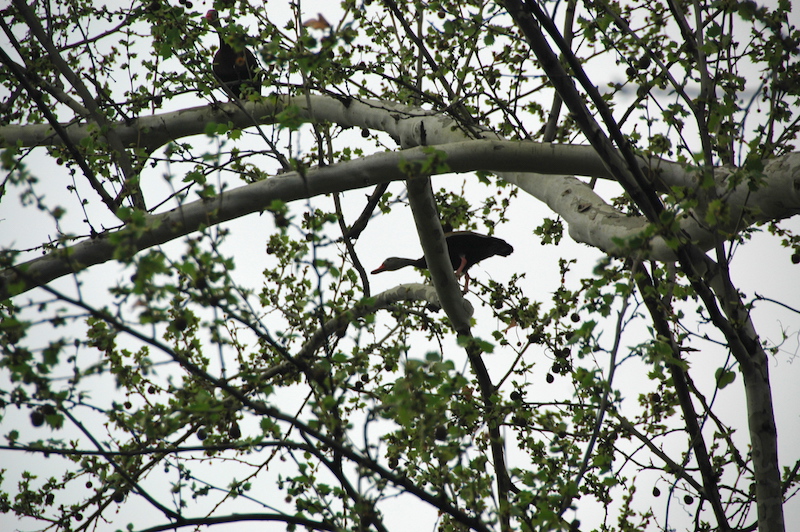 Lately we’ve been spending a lot of time outdoors, and in the process meeting some bizarre wildlife in the yard. We saw a raccoon in our garage once, there were Herons in the trees next door, there was a giant falcon in the Sycamore back in the backyard, parrots in the power lines at H-E-B, ducks in our trees, and of course, we have a whole colony of kitties in the backyard. 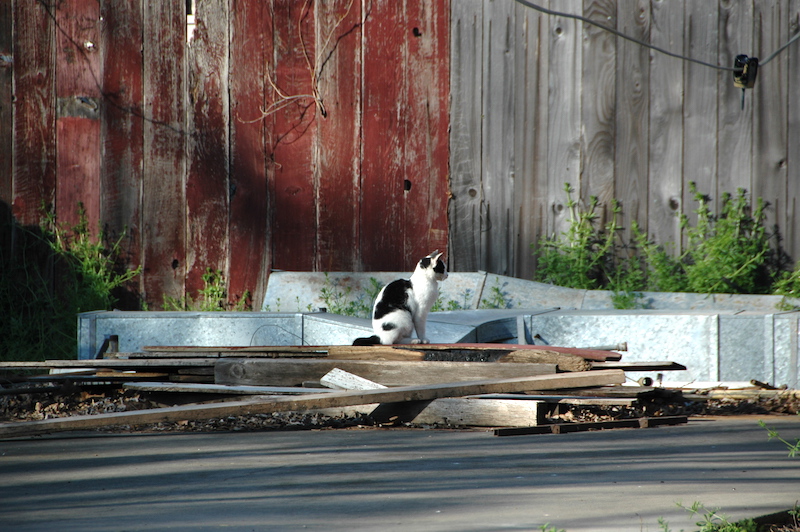 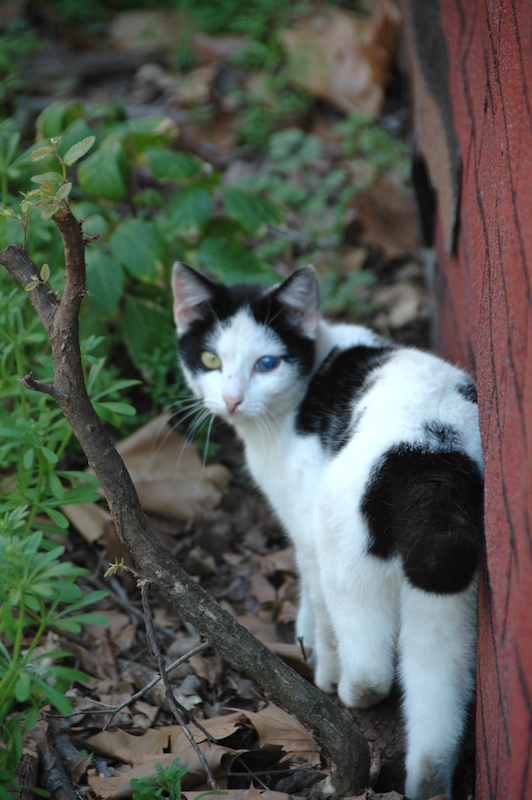 When the ducks came through we got very curious. Rick and Joe Hernandez across the street told us that the park across Pleasant Valley, Parque Zaragoza, is home to an owl, the falcons we’re always seeing, and even coyotes. I’m not sure I buy the coyotes part of the story, but it still seemed like a fun exploration, so we went for a little walk. We found several more ducks hanging out on a light post over the basketball court. 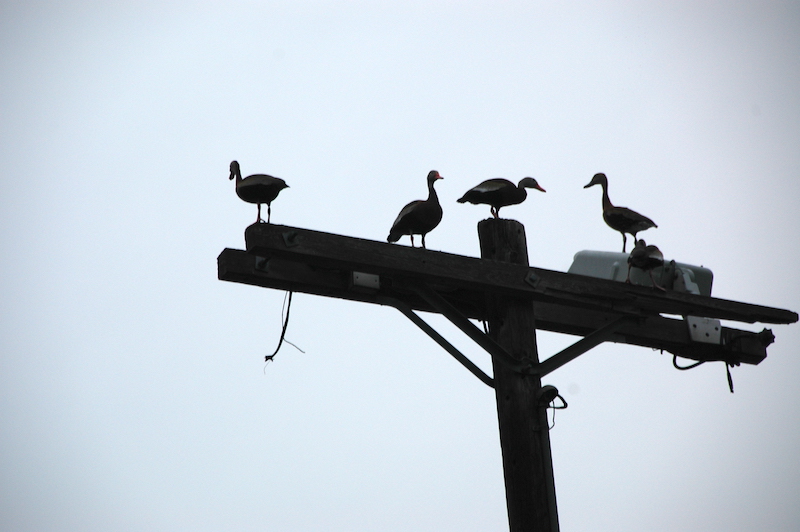 Also a cat that I swear to god is a cat/raccoon combo. Errek insists it’s genetically impossible. Whatevs, he looked huge and had a stripy tail. We also found some evidence of wildlife of the human variety. 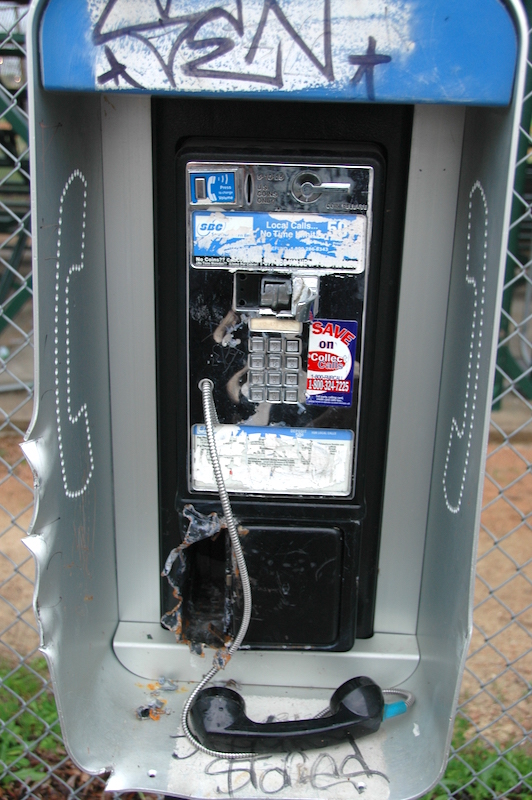 Now, back to our own wildlife refuge, we took to the yard getting it cleaned up. I raked the driveway and we put all the wood we’d had lying around in either the garage or the barbecue pit (depending on its condition), then we set it ablaze. I learned something in the process, don’t use wood paneling in your house. Aside from it being so incredibly ugly, that stuff is extremely flammable! In a matter of a couple of minutes that stuff went from slightly damp and ugly to ash. 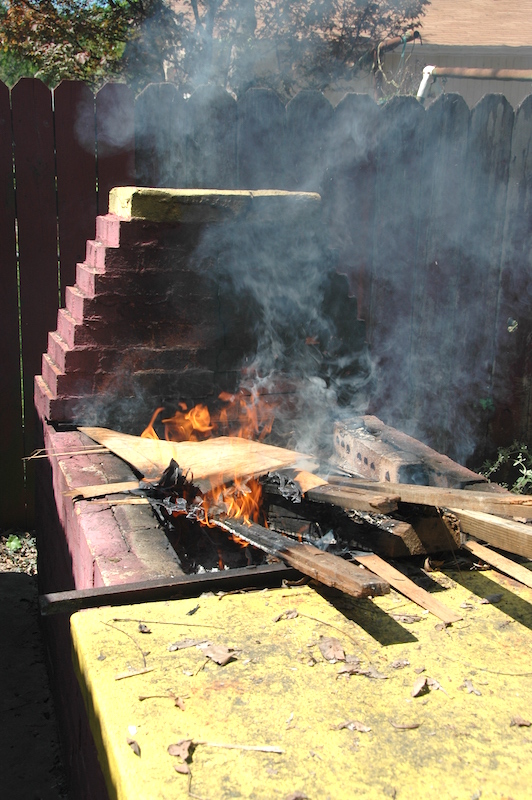 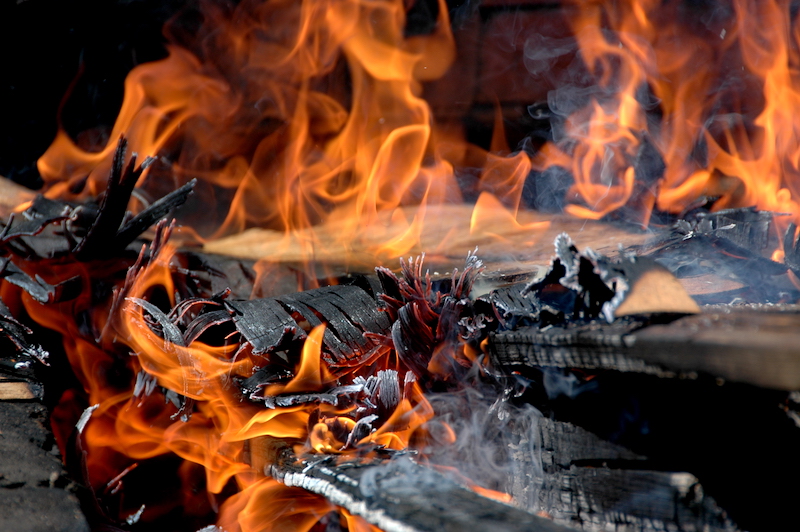 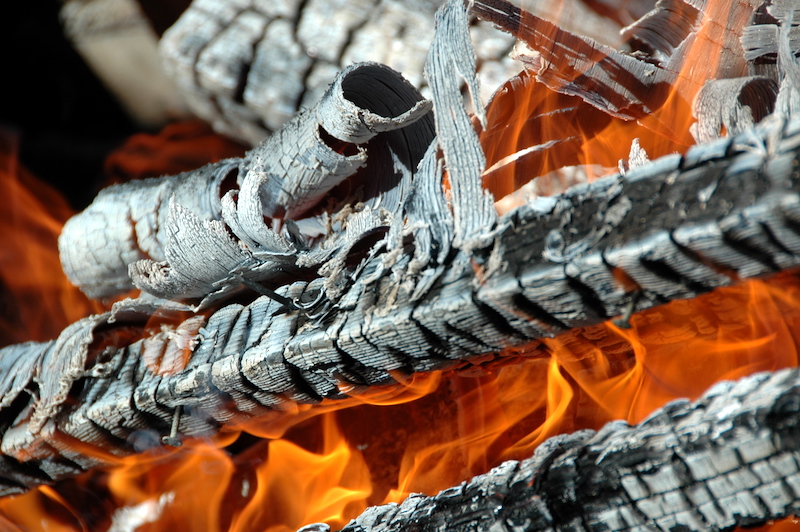 While tending to the fire we noticed that our lovely pecan trees were choking on concrete. I started to say “we should get a jackhammer and give those trees some breathing room…” when, without a word, Errek stood and disappeared into the house. When he reemerged he was wielding a giant sledge hammer. He told me to watch my eyes, then BOOM! 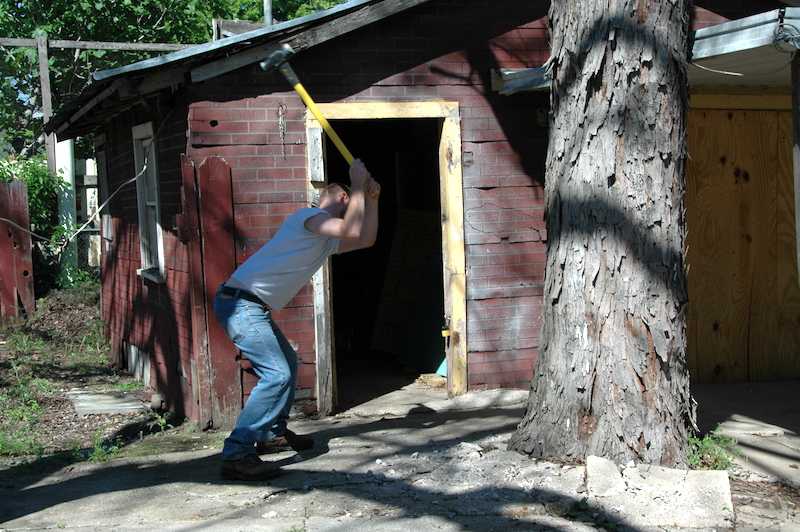 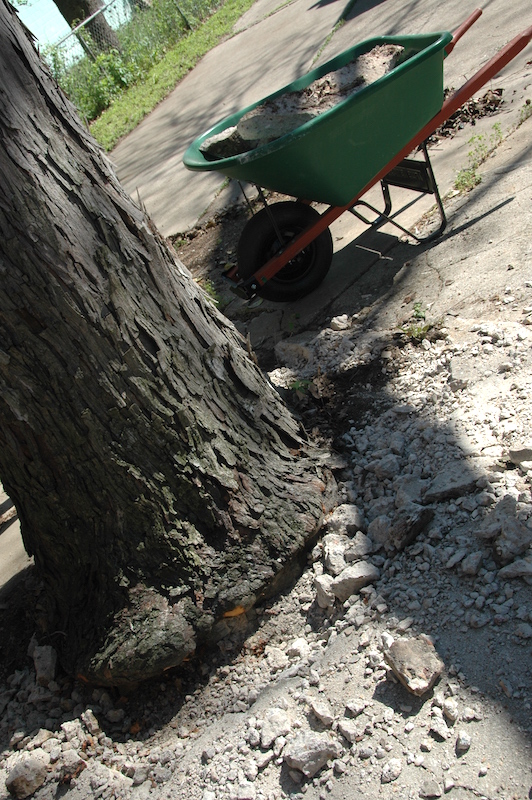 And while we were at it, making the yard a better place to live, Errek fixed the wiring and lighting on the back porch, carport, and in the laundry room. He even replaced a switch that I’ve nicknamed Sparky McFirehazard. Let there be light! 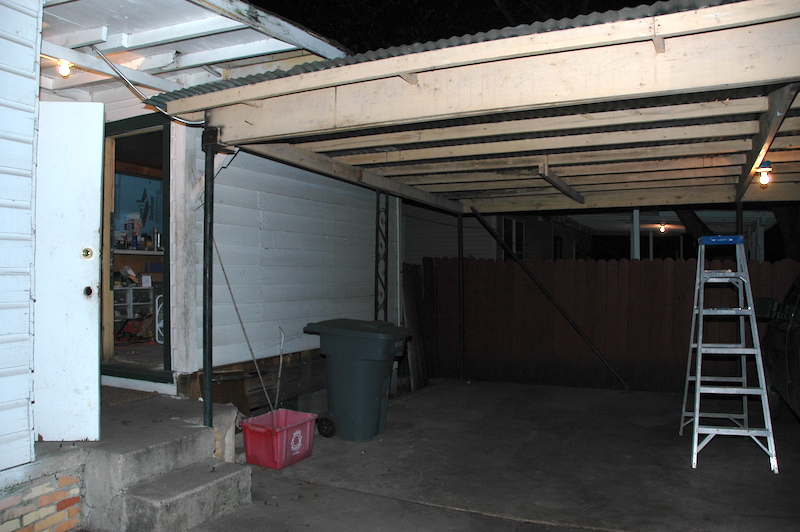