Originally there was this whole big plan of how to fix up the place slowly and on a budget. But then we just started ripping shit up.

The demolition phase was the era of surprises. There was the pleasant surprise of finding good condition hardwoods under the carpet throughout. But there were other less pleasant surprises…like the mummified rat carcass above the false ceiling in the bathroom. Good times.

Anyway, demo started with the wood paneled half wall in the living. I mean really, it had to go. 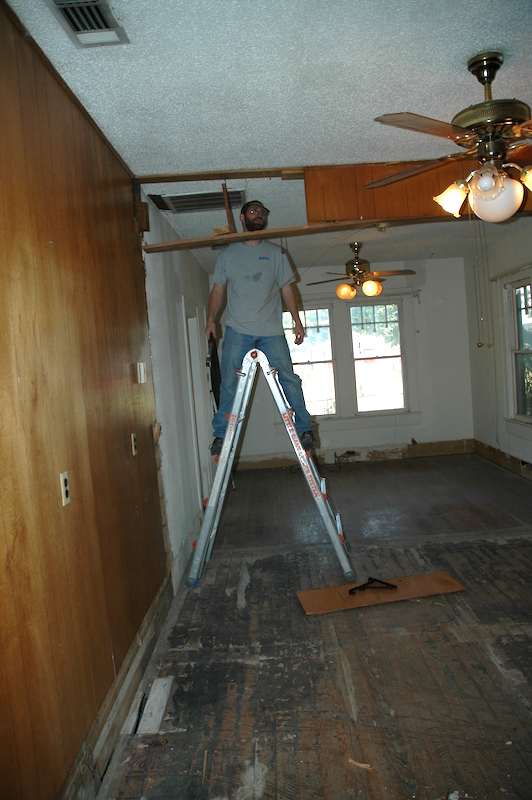 Next up were the living room floors. Look ma, no subfloor. 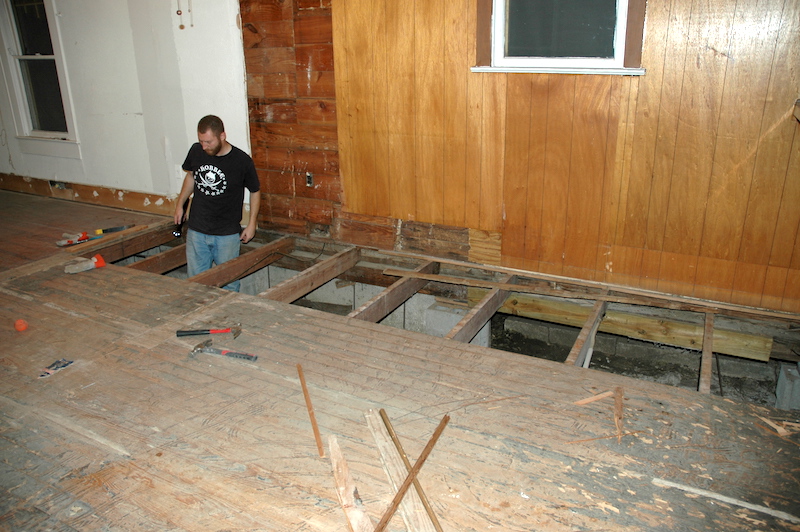 Then it was on to the bathroom, which gets uglier and uglier the deeper we dig. 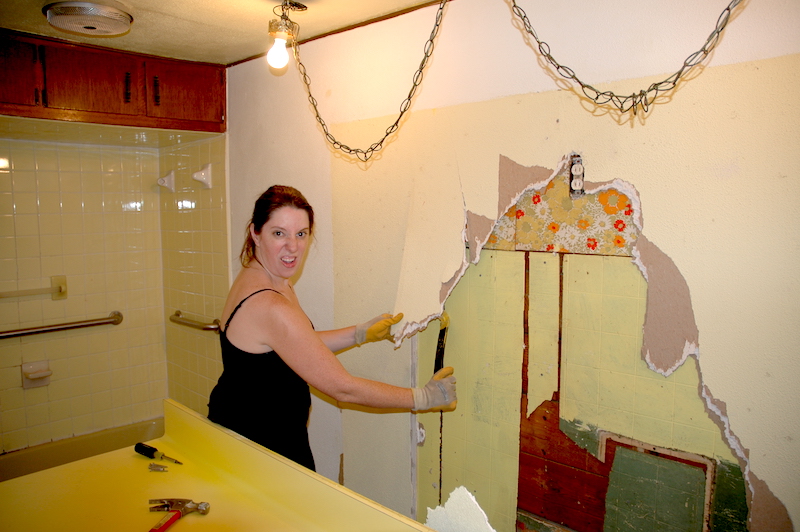 Well, since we were already taking out the bathroom, might as well pull out the walls, too. Yeeha! 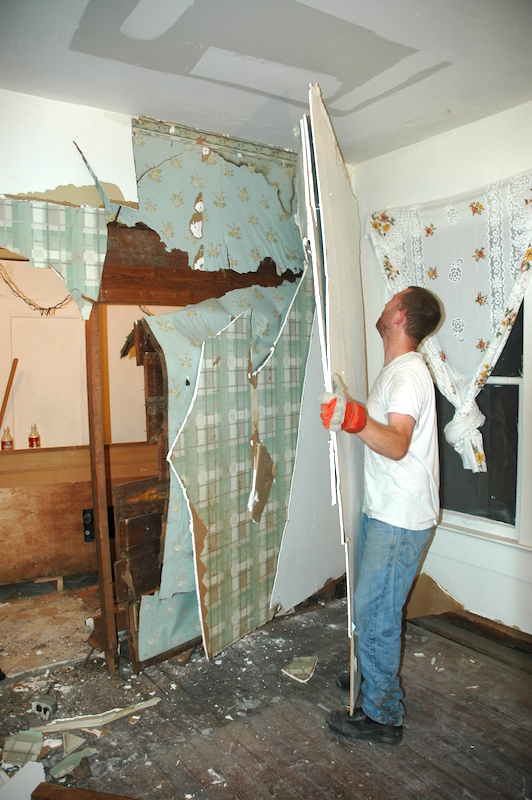 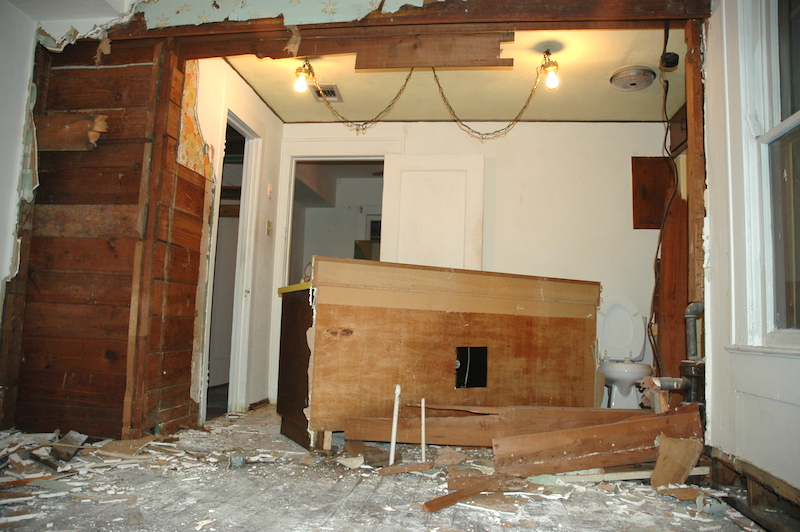 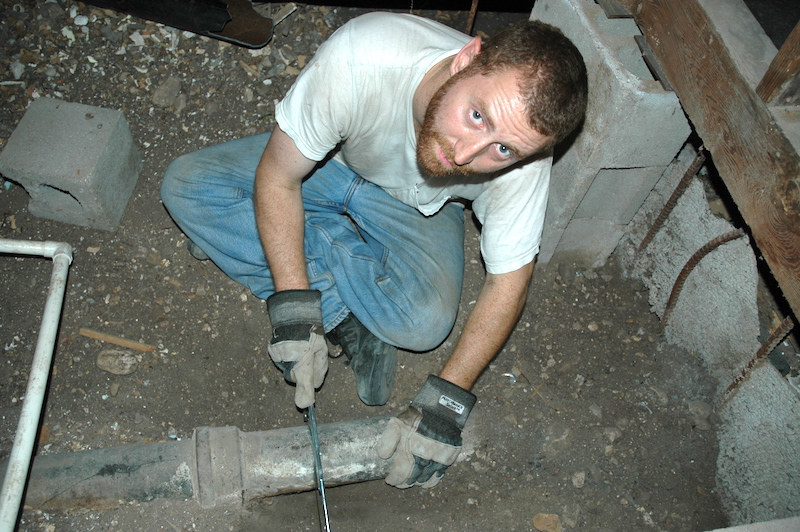 Another surprise, someone was keeping Cowboy/Steelers score on the wall back before the second layer of drywall was added. 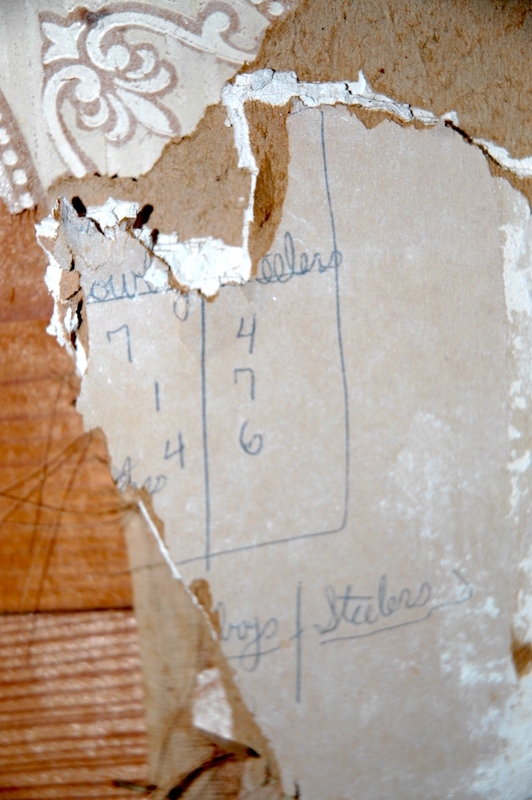