Chapter 27: What’s This, a Third Page of Bathroom Updates?

My personal favorite bathroom construction stories are the ones where I go out to the Jackalope for a girl’s night with my buddy Valli and come home to find tile on the wall. I love it when Errek gets all inspired and then poof, stuff happens.

And here you thought that we were done with tiling, right? Wrong. See that swath of grey there? Well it’s not some sort of post modern mural, it Durarock which is anxiously awaiting a tile application. 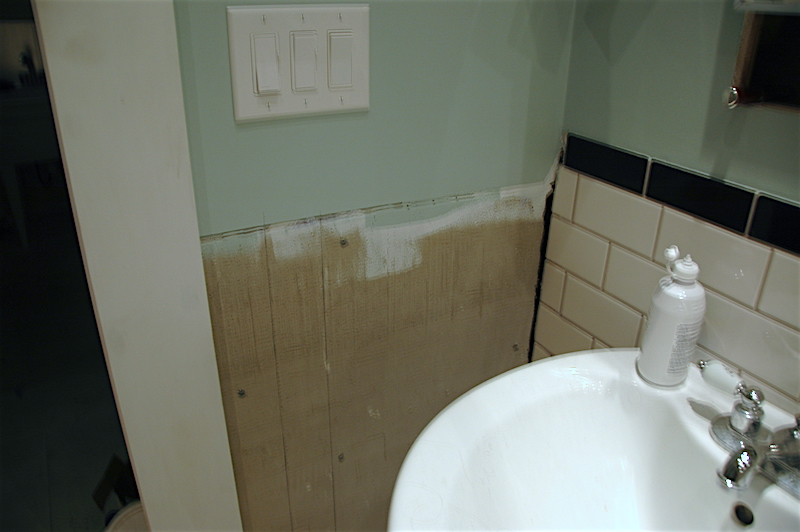 And bam! Errek springs into action. 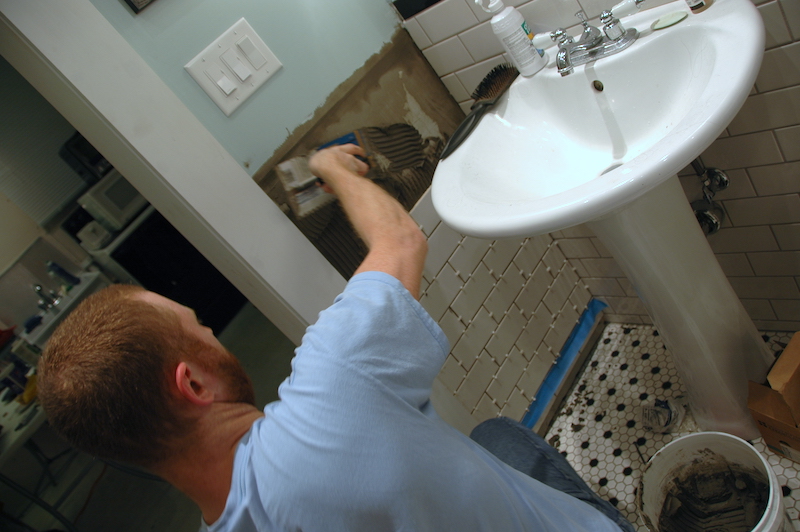 It’s done…well, we still need to grout it…and that particular spirit has yet to move us. But, aren’t these little, perfectly plumb walls awesome? One evening and done! 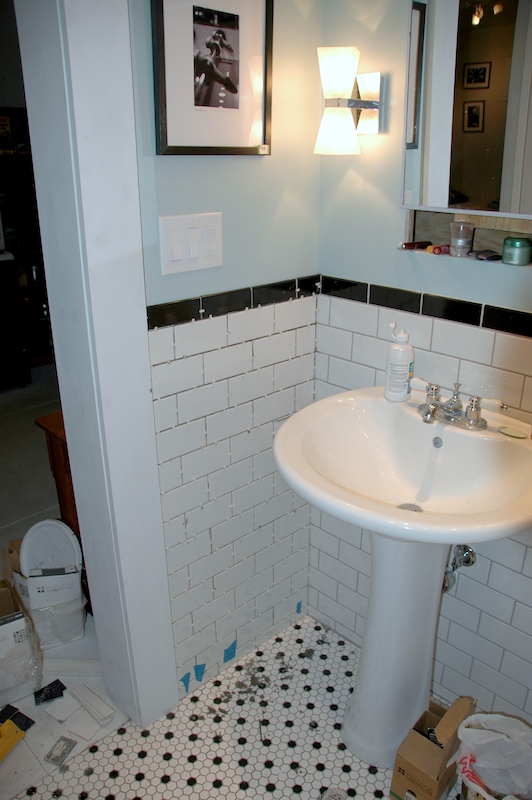 Then, with the spirit of remodeling still working it’s will, Errek took to installing various bits of chrome throughout the room. It was rad, I tell you, rad! 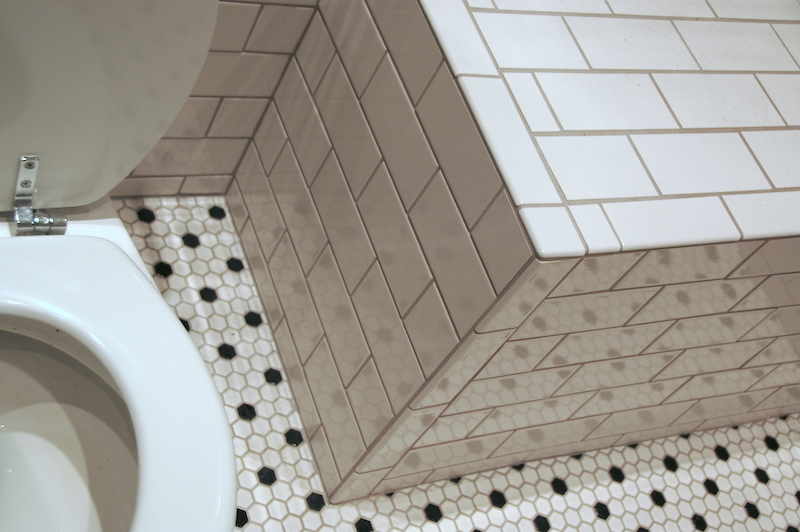 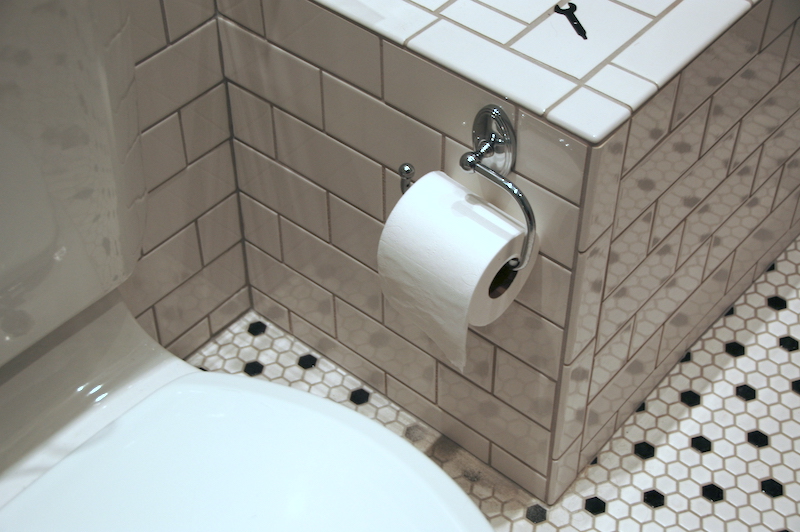 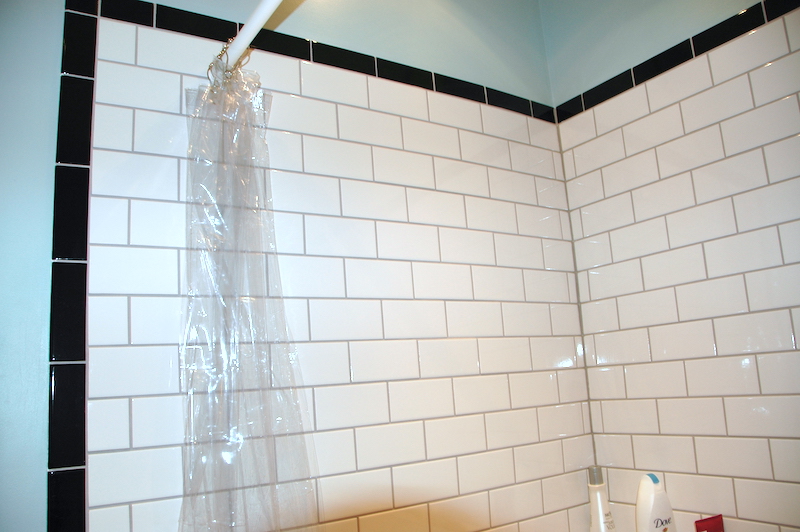 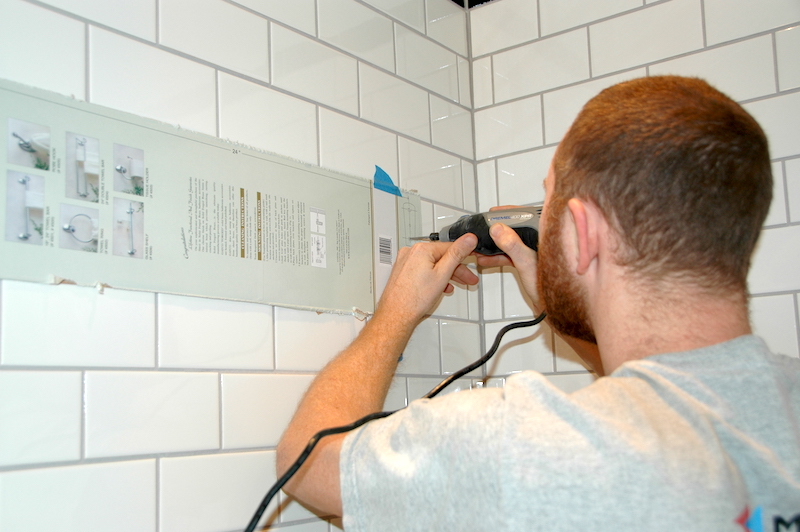 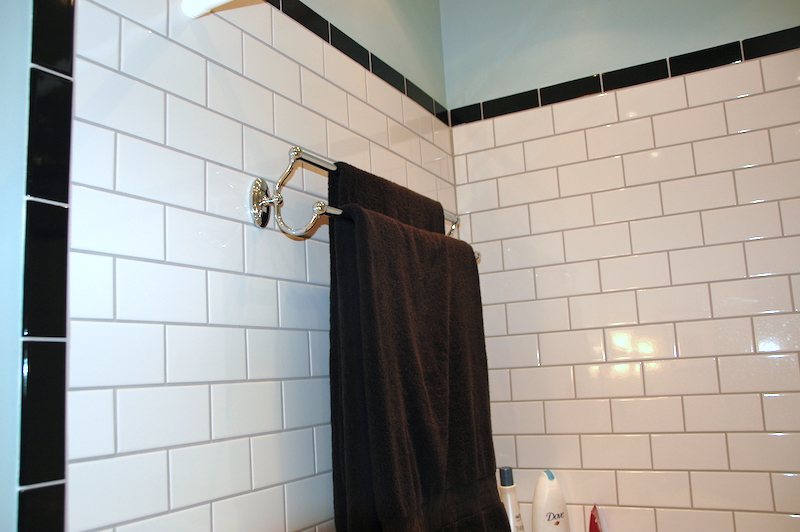 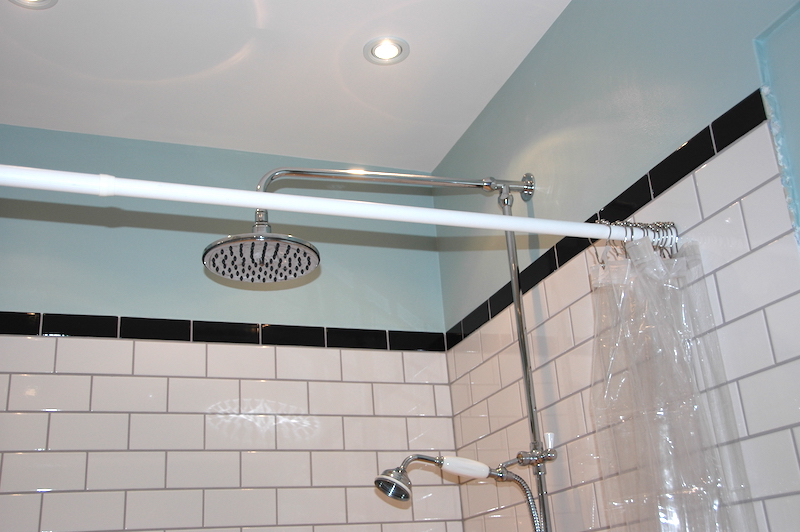 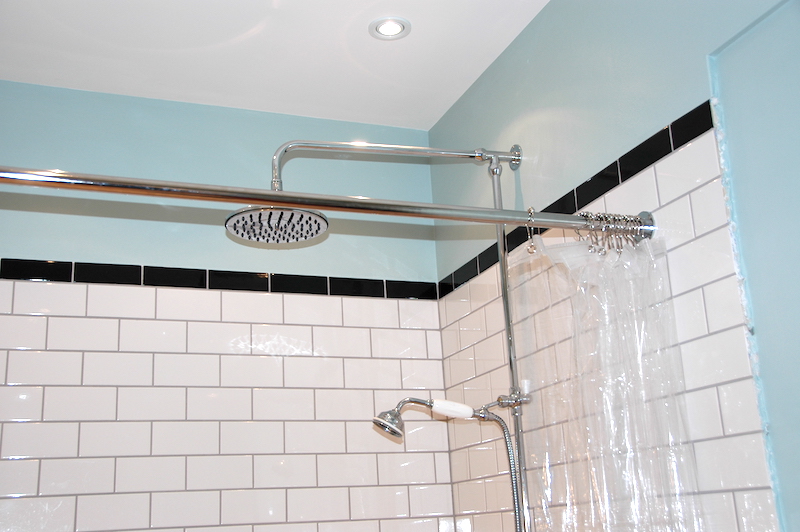 Now, not to toot our own horns (as if this entire blog isn’t one big horn toot), I thought it might be fun at this point to revisit how far we’ve come with a BIG HONKIN’ BEFORE: 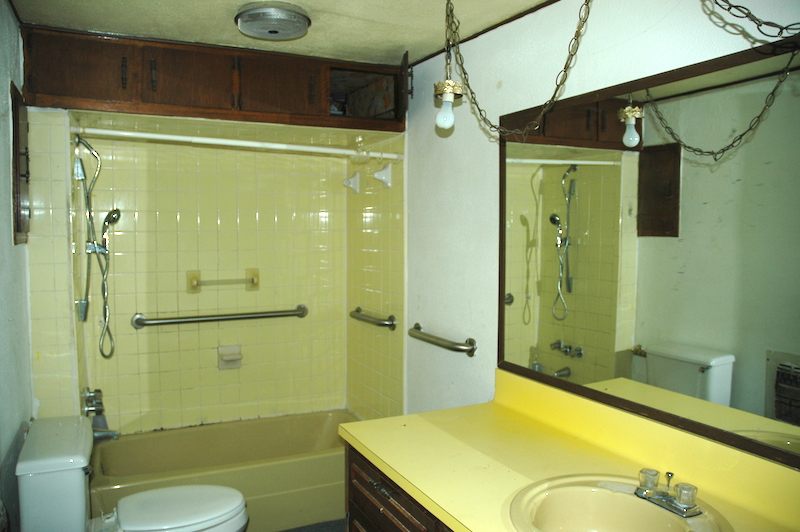 And a VERY AWESOME AFTER: 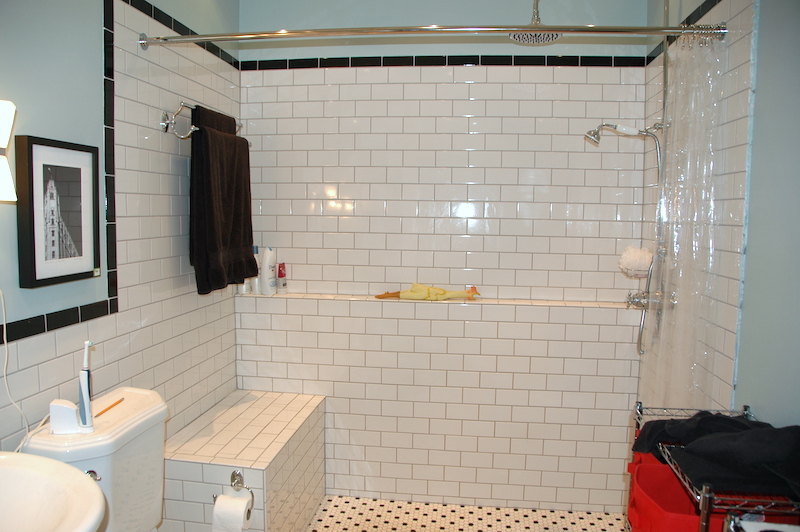 So I know I’ve said this like a million times, but we’re totally, completely ALMOST done with the bathroom.

And that’s all, just some grout and…well, that whole custom cabinetry thing. But considering how far the bathroom has come, that all seems as easy as falling off a log.

But before we whip out the grout (which as of this writing, has still not happened) or construct a high end medicine cabinet from scratch, we must first make time for art.