By the end of demolition we had a house with no floors or bathroom, but we had a plan.

It wasn’t much different from the original, but it didn’t need to be. It worked. And it will rock. Oh yes, it will rock. The bathroom will open into the living room and the closet will be a shared space with two doors, one into each bedrooms.

First thing’s first, we ran some electrical line before adding a new floor, a subfloor at this point, nothing fancy. Because, the catch was, Errek’s apartment lease was up on August 31st and he had to move in. So, floors, stress, and lack of sleep were on the menu. This was the era of injury, but we managed to survive. 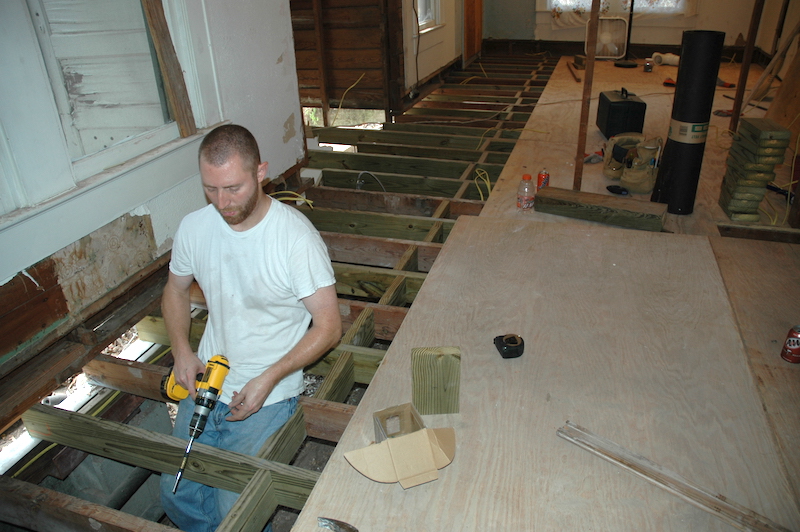 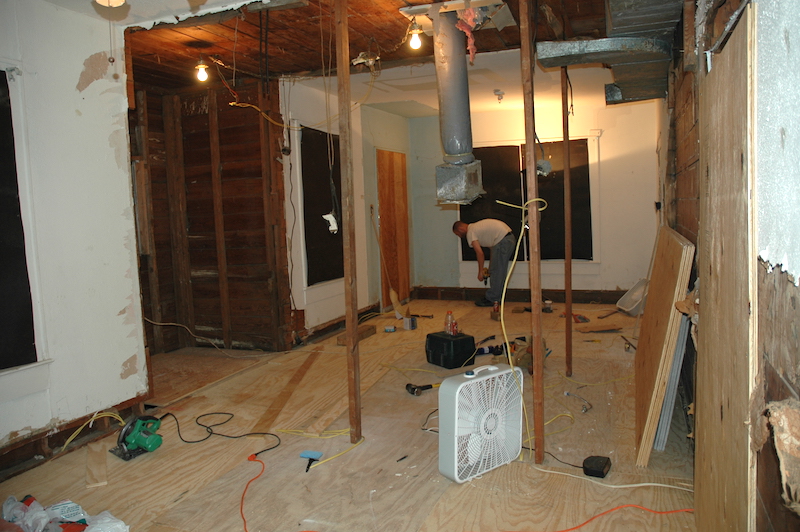 Then came the move in. It was like camping, but without smores. There were no floors in the living room, so everything had to go into the bedroom/bathroom/bedroom half of the house. Oh and did I mention there was no toilet…or running water. Abandon all comfort, ye who enter here. “You’ve got balls, man,” had been uttered more than once by visitors. But it would be temporary and in the end it will be awesome. 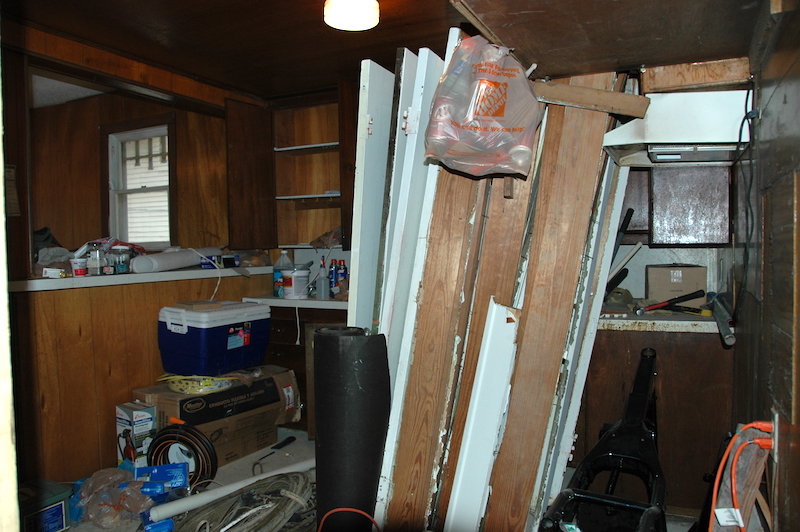 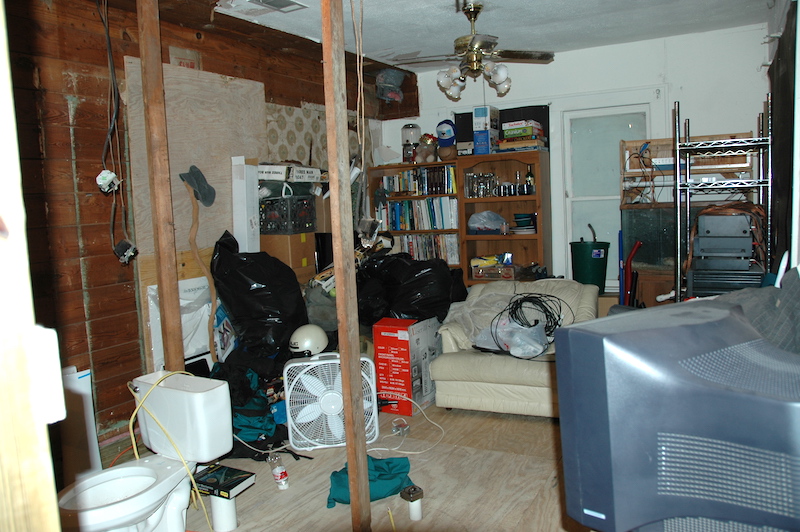 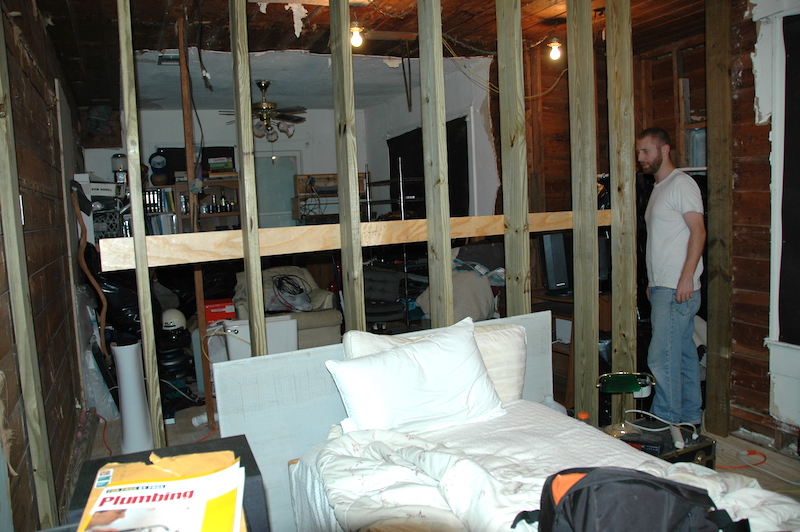