Remember back when we moved into the house there was the abandoned house next door inhabited by a couple of meth heads who were cooking dinner in their backyard and getting into drunken brawls with each other?

Well, turns out the house was once in the Hernandez family. Rick Hernandez’s with Carol (also a Hernandez) grew up in this house along with several siblings. When their father died, however, there was no will. The house fell into probate and while it was disputed who would inherit the house, no one paid the taxes.

A few years after we moved in, the house was sold at auction by the county to pay the tax bill. The purchaser of the house turned out to be a very, very cool lady whom we count as a friend now.

Shortly after the auction, we met her and discussed keeping an eye on the place for her. But mowing was a problem. It was hard for her to keep up with the task and the mosquitos were becoming a problem. That’s when she suggested that if we kept after the place for her, she’d let us rent it for $1. This meant that we could use the building for storage, and just needed to mow it and clean it up a bit.

Considering the stacks and stacks of wood we were pulling out of the house and needed storing somewhere, the deal was a very good one. She suggested we even take the fence down between the properties, which we were totally ready to do.

So, let the fence demolition begin. 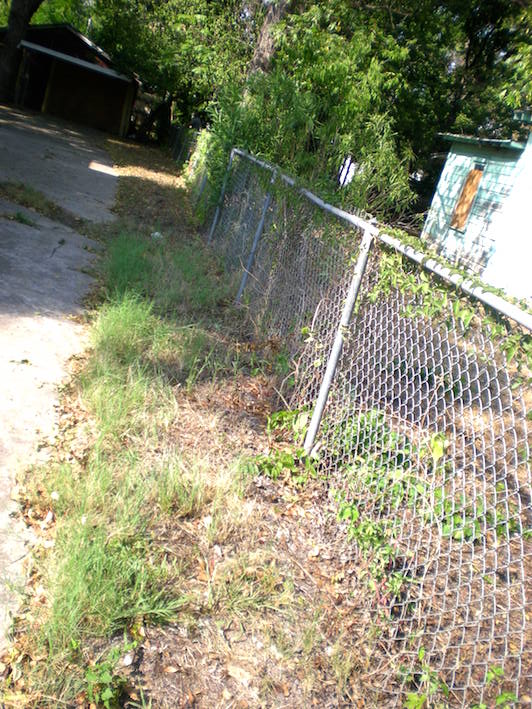 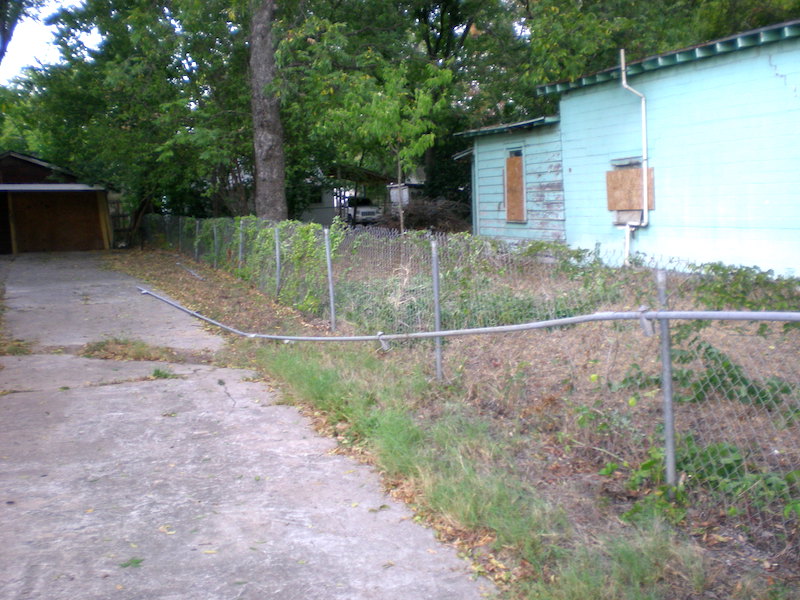 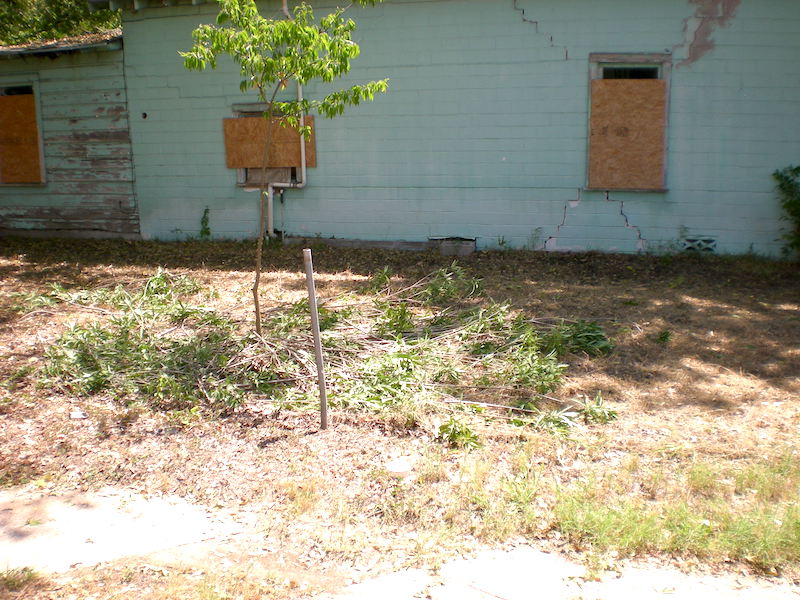 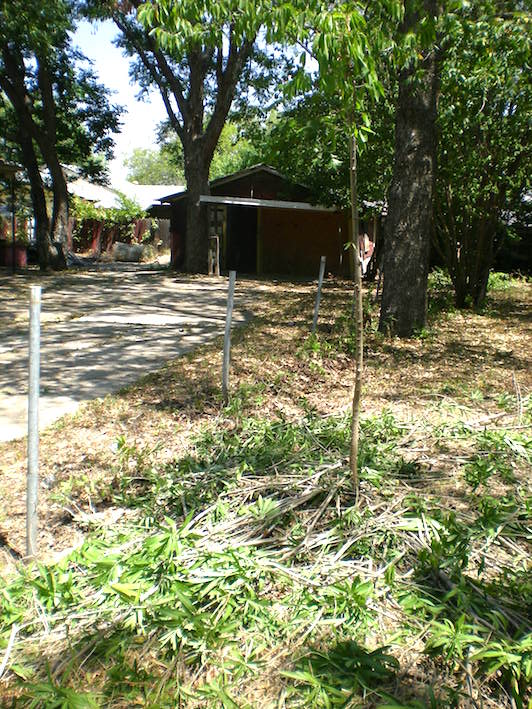 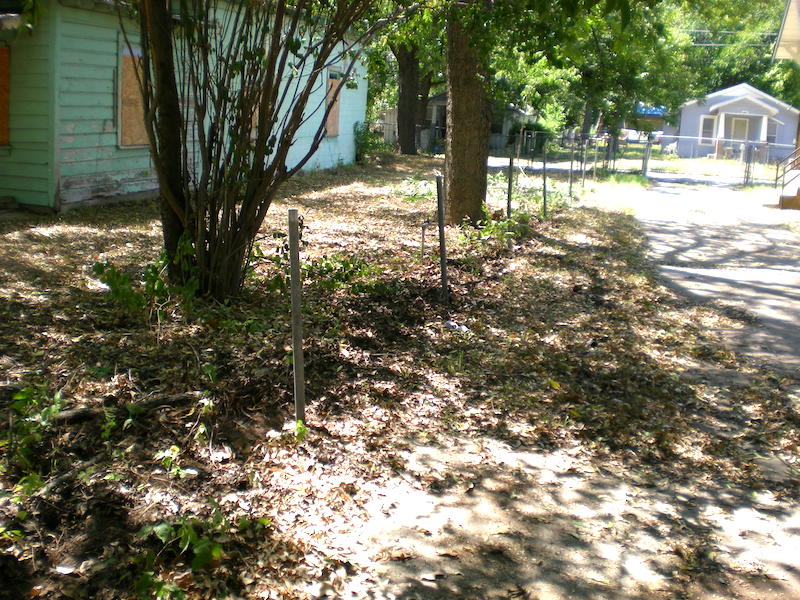 Now, how do we get these damn posts out? 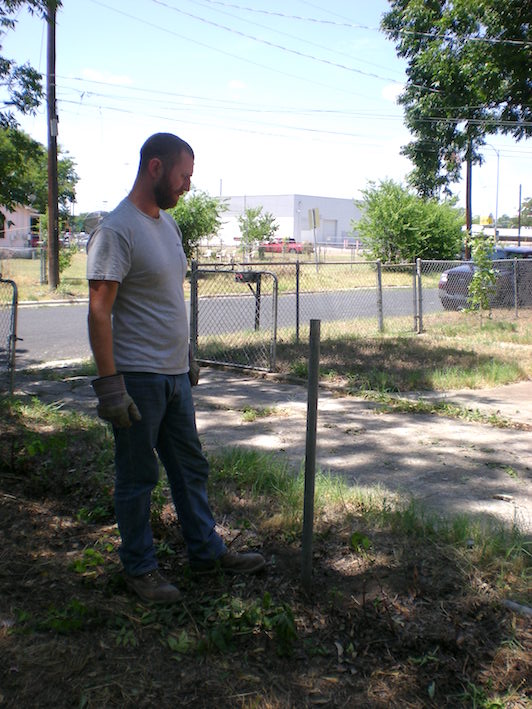 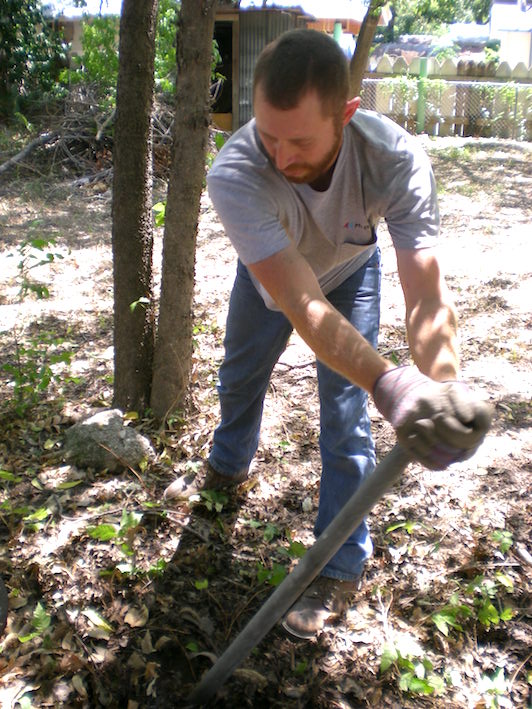 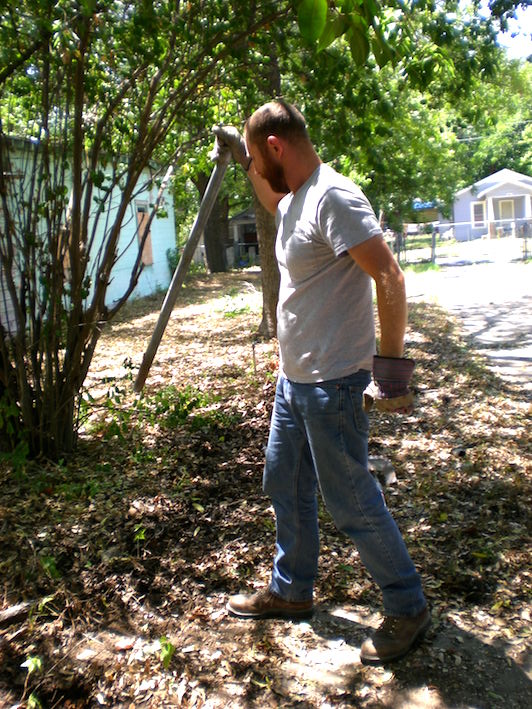 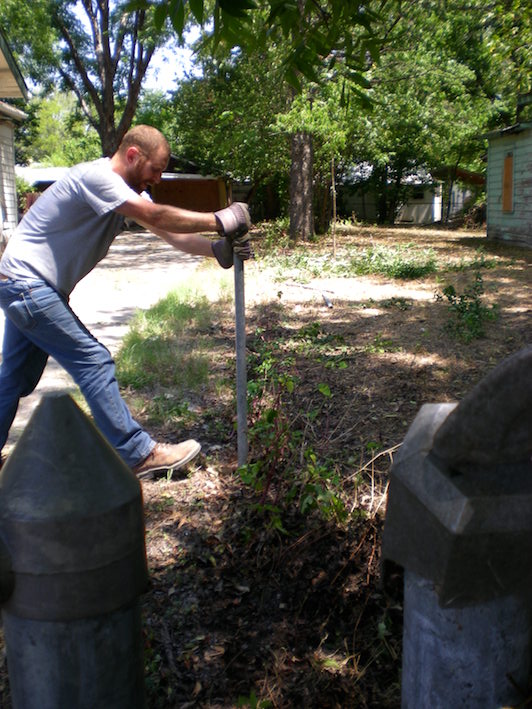 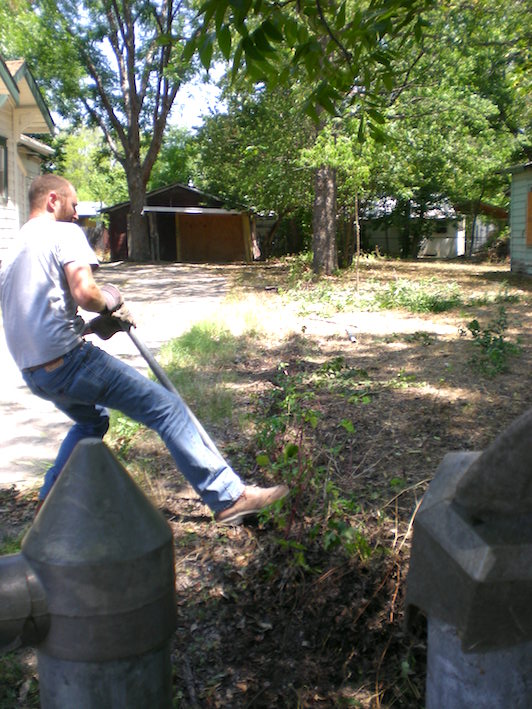 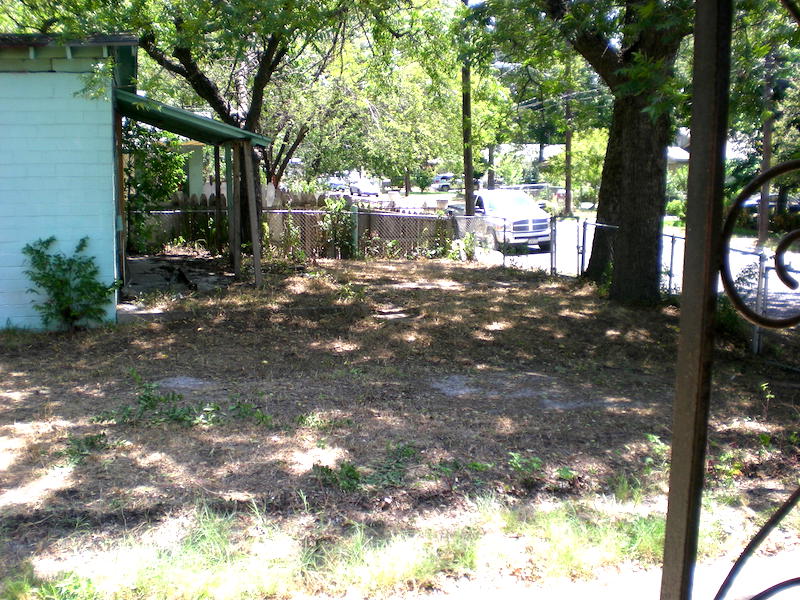 Okay, so things are looking up. We may be a few hundred dollars upside down on our mortgage, but at least we can stretch out in lawn chairs that don’t have cement under them…if only the summer hadn’t been so blazing hot, we might have done just that. Ah, but never mind that, we’ve got another HUGE milestone to report.

We finally got ourselves an architect!