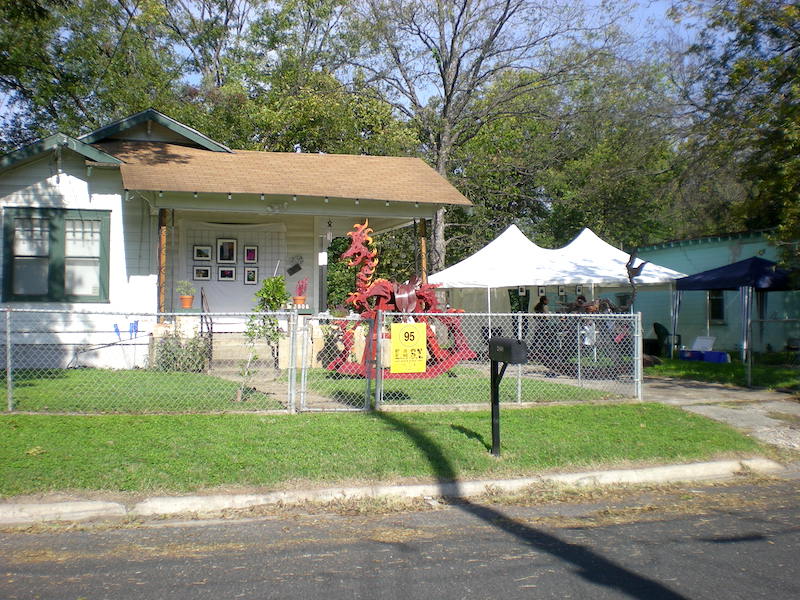 For the third straight year, Pleasant Valley Ranch was a stop on E.A.S.T — the East Austin Studio Tour. New this year, we invited some fantastic guest artists to join us. What a hoot! We set up a large tent in the yard next door and called it “The Pasture” so we could spread out and really have a good time. It worked. This was the best E.A.S.T. yet! 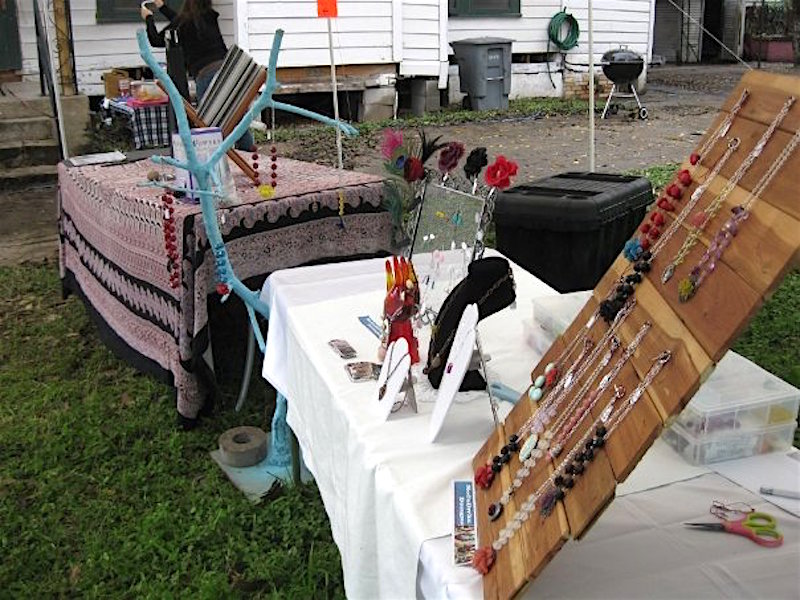 In addition to the giant tent we also hosted Carrin Welch’s two “Rocking Horses of the Apocalypse” — Bellona (War) and Famina (Famine). Death coming soon next year! Not literally…I mean Death the horse. 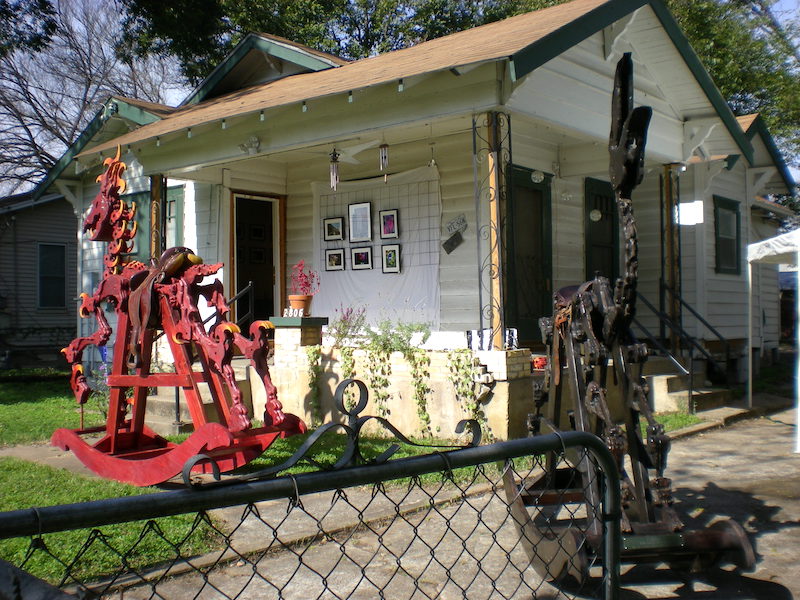 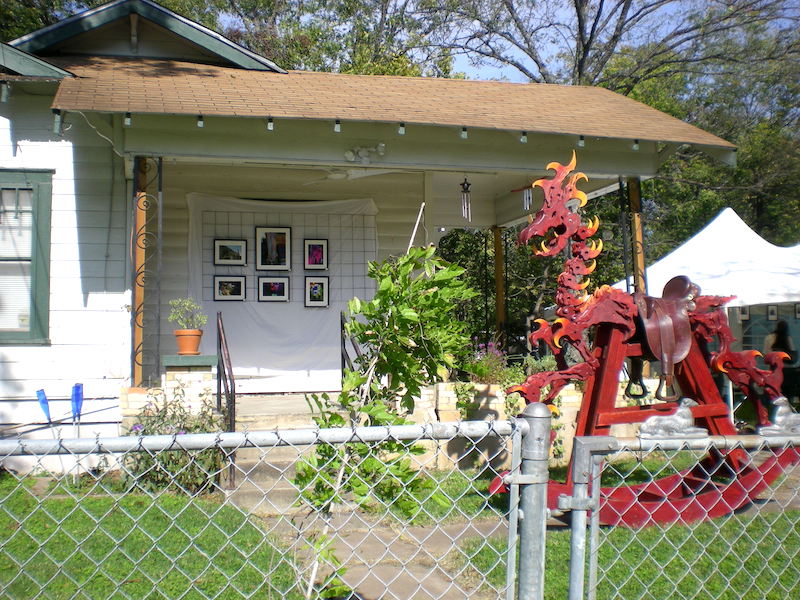 Nom, nom…Ahhhhhh, Bellona is eating the ranch! Run for your lives. 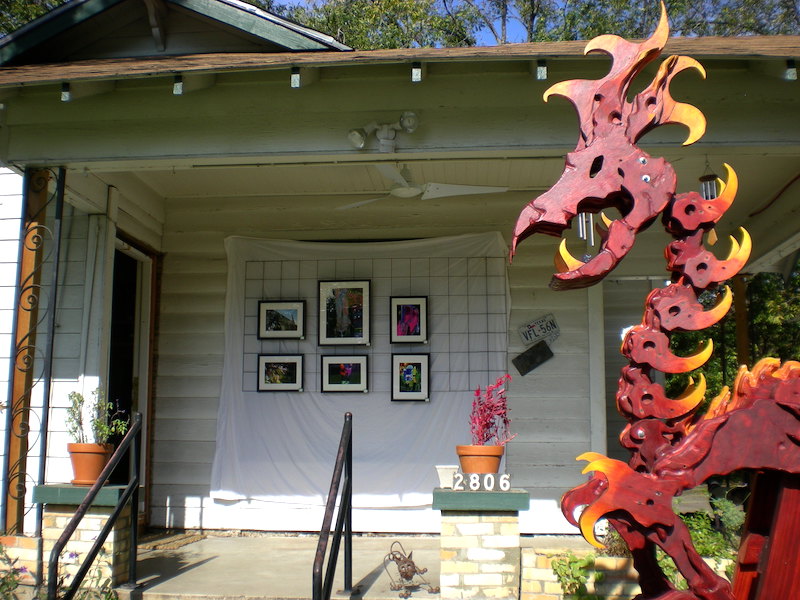 On the inside, I strung up what was completed of my beaded jellyfish. I have a long way to go before it’s complete, but you can get a sneak peak of my first marine piece. (I have two more in my head, if only I had more time for beading). Also, as usual — photos and digital art covered every wall. 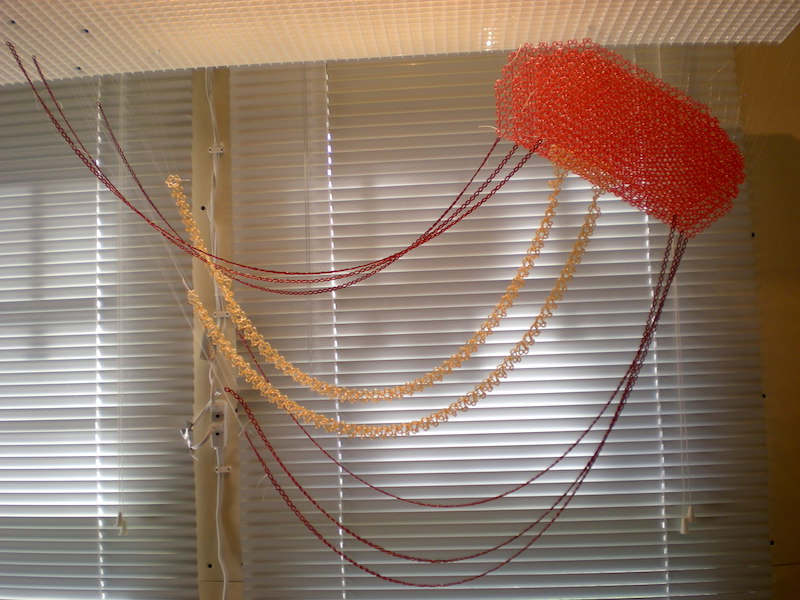 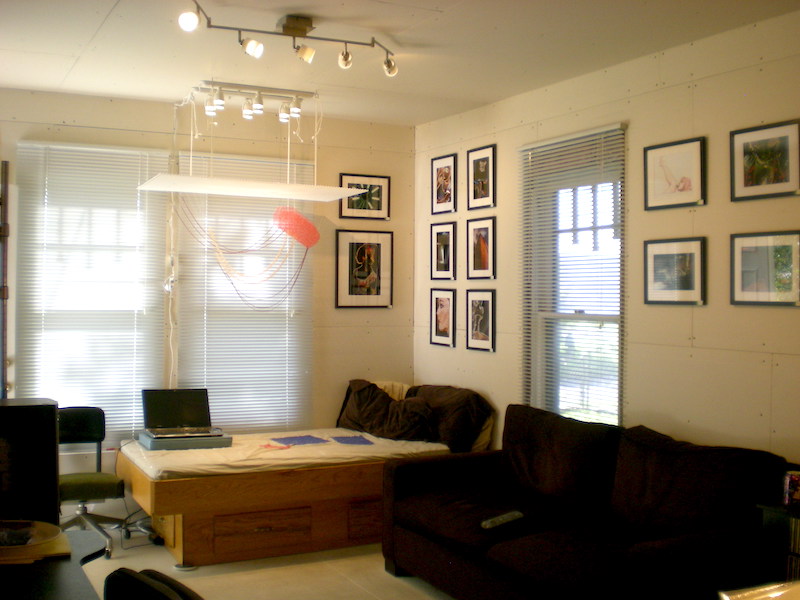 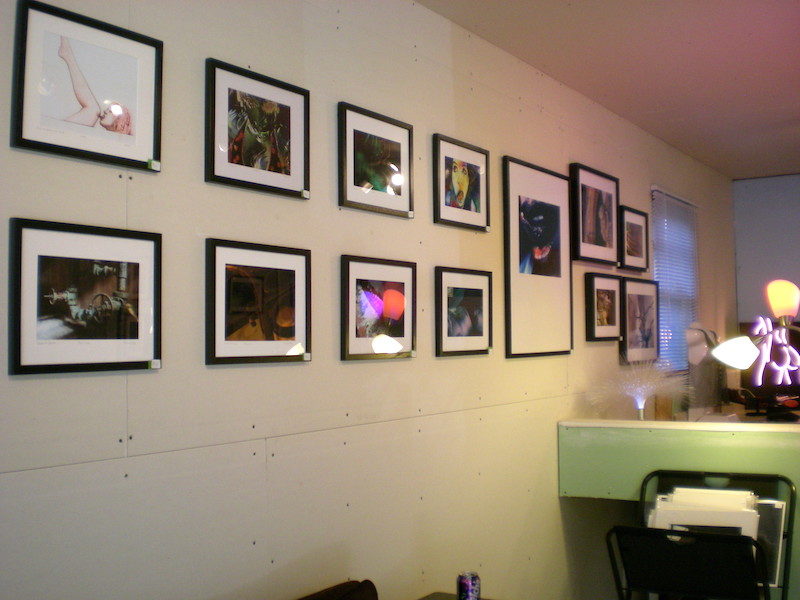 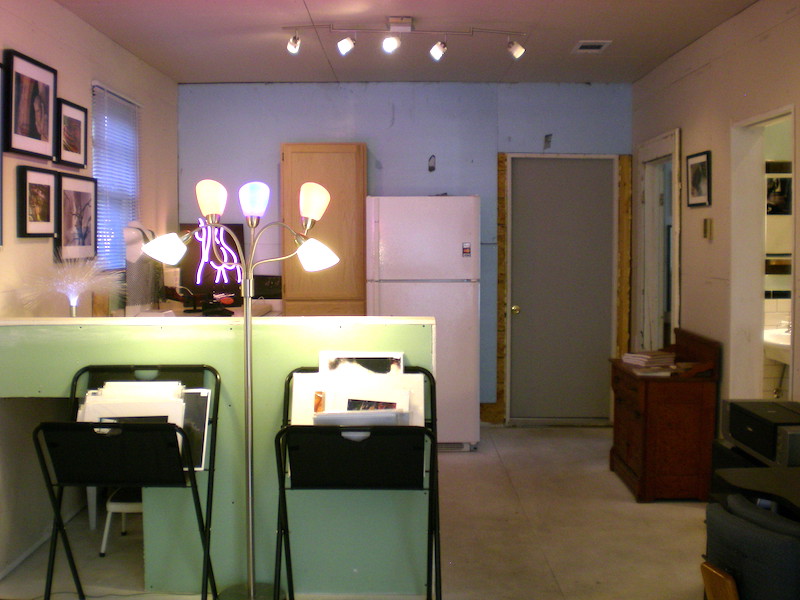 But this year, E.A.S.T. at PVR was about so much more than just art. We had rocking horse riding. 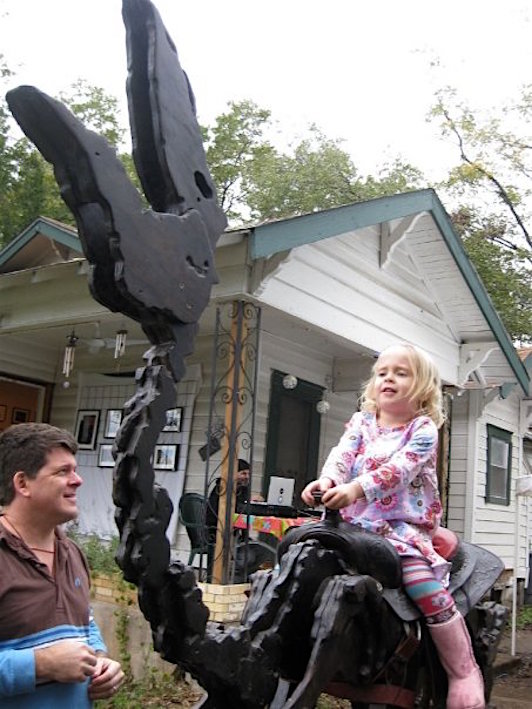 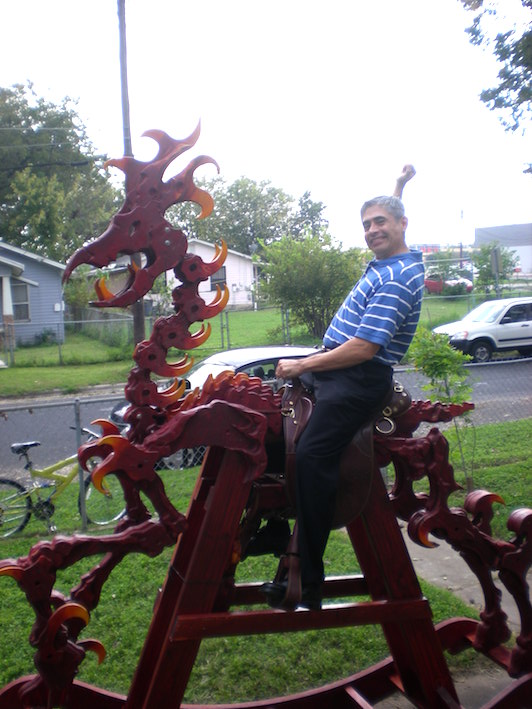 In addition we had hula hooping! 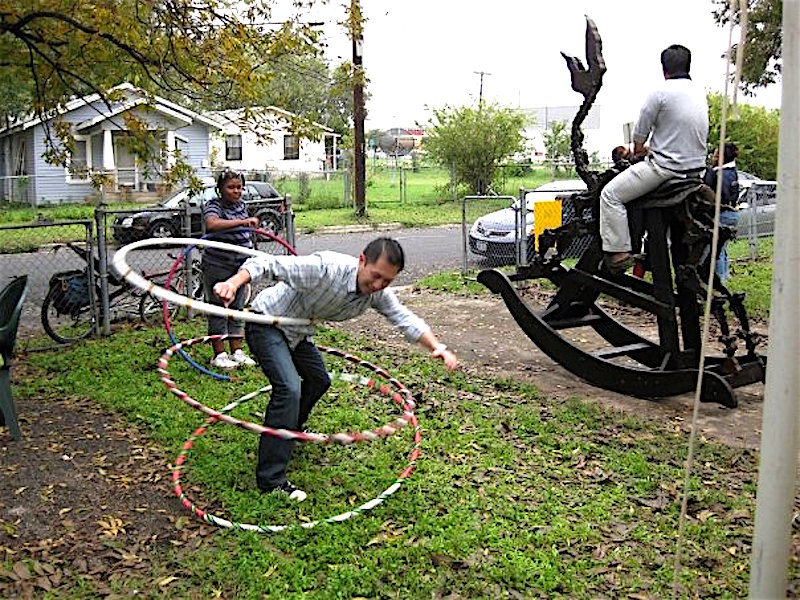 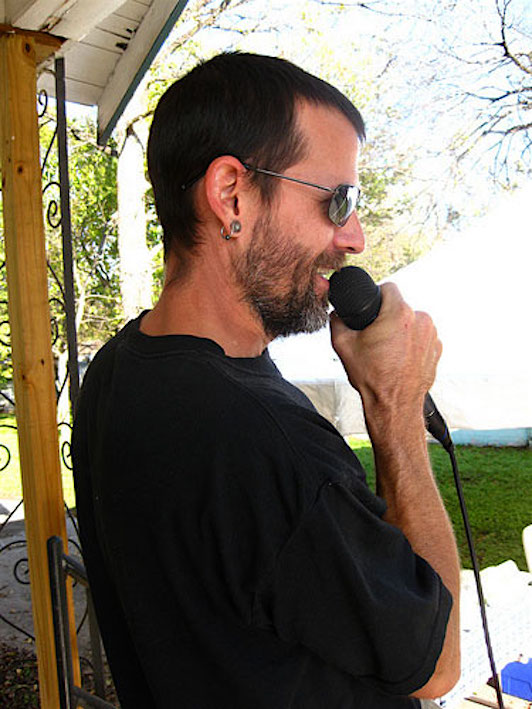 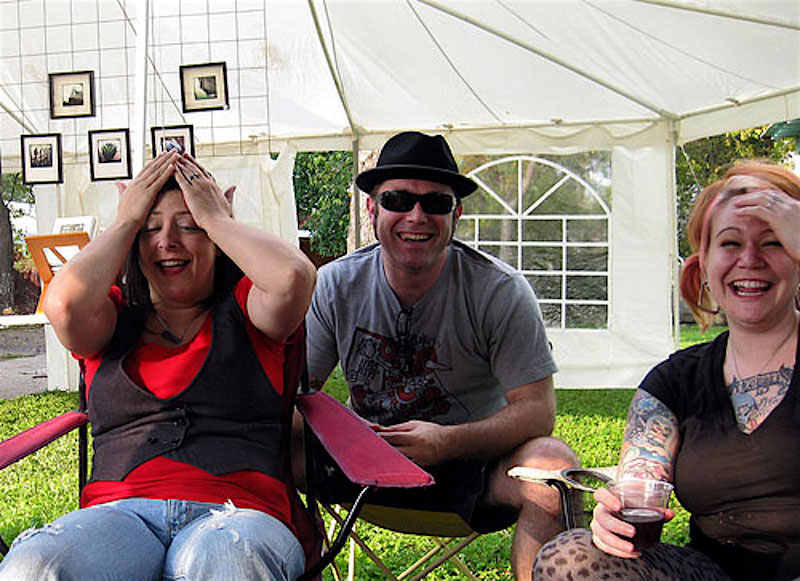 Ah, what a glorious E.A.S.T. we had. If you’ve never been, put it on your calendar. Weekend before Thanksgiving 2010 (and also the weekend before that one), see you then.

And to the wonderful friends who joined us for some or all of the event this year, thank you. You all make me smile. 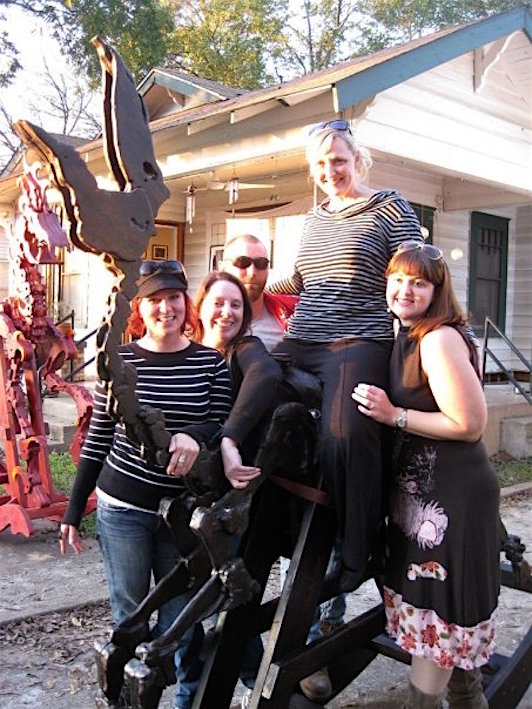 Okay, enough of the blissed out love-fest. Now, back to work.