It’s demolition time, and the first space to go was the laundry hut. The room was already falling apart, it just needed a little nudge, or a whole lotta prying and sledging.

Sadly, my early attempts to help were easily thwarted. 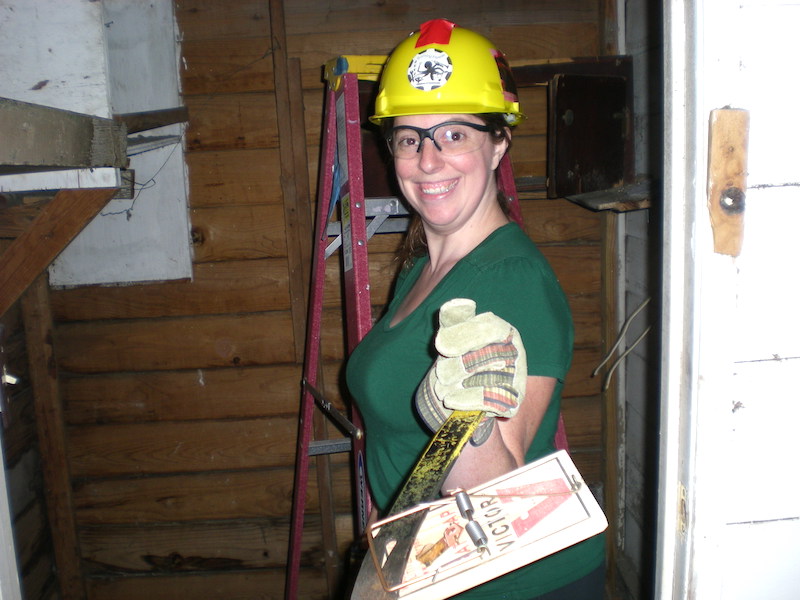 So Errek turned to his mighty Thor Hammer to show that laundry room who’s boss. 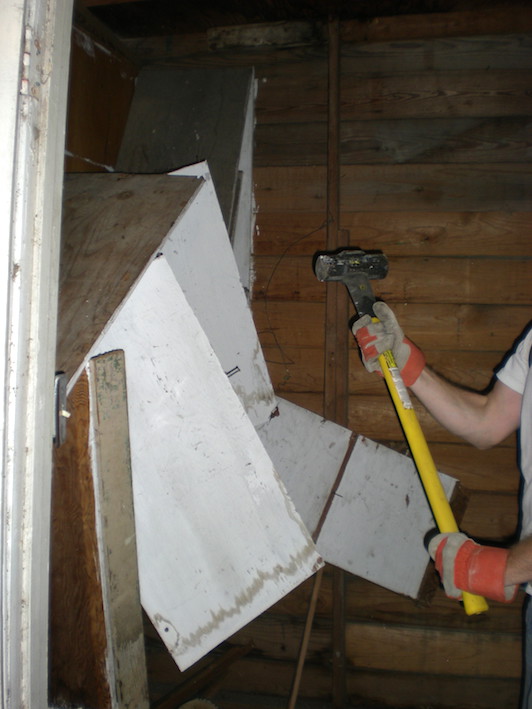 And I tell you, you put a sledgehammer in Errek’s hands and things get demolished FAST.

Okay, maybe it wasn’t that fast, but it was pretty darn quick.

Unfortunately the roof was a gross mess and took a whole lot longer to destroy. 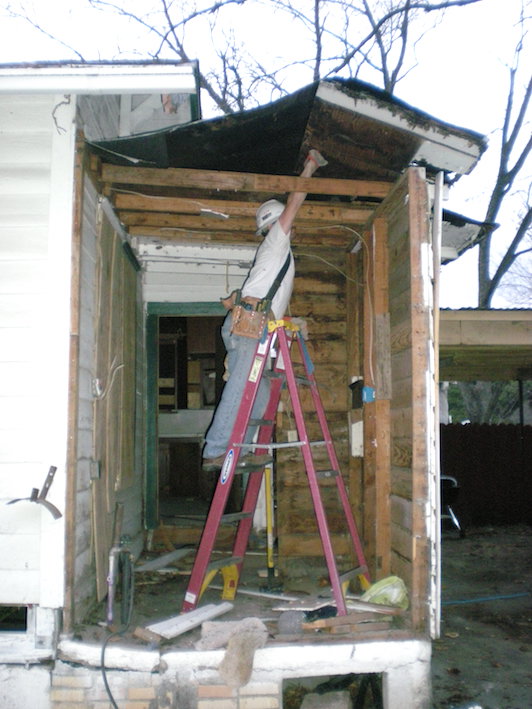 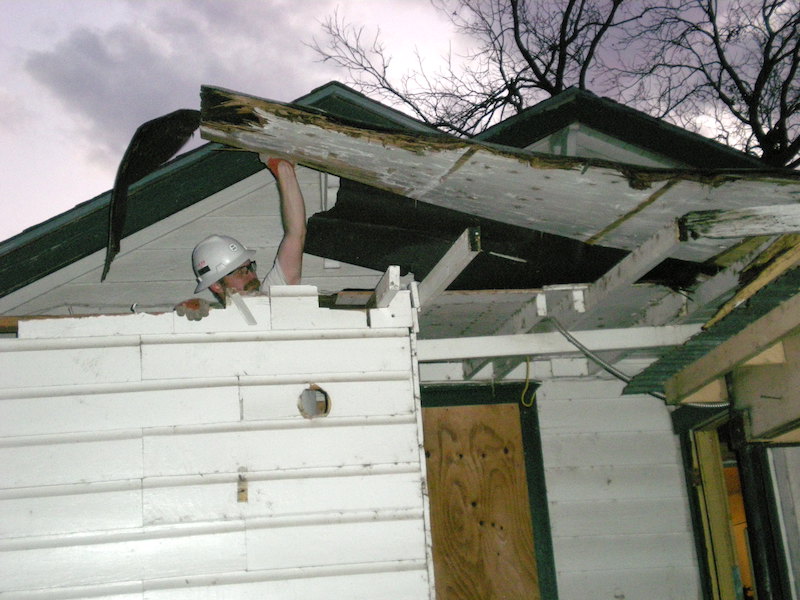 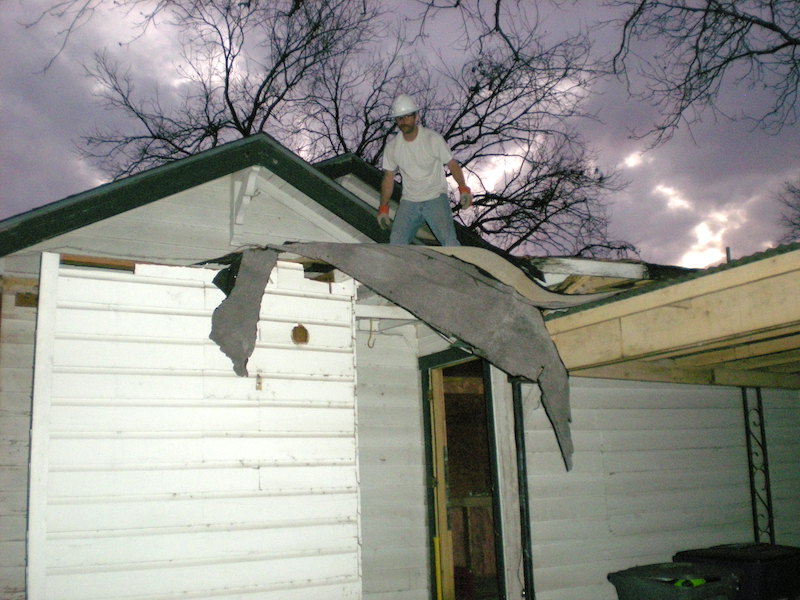 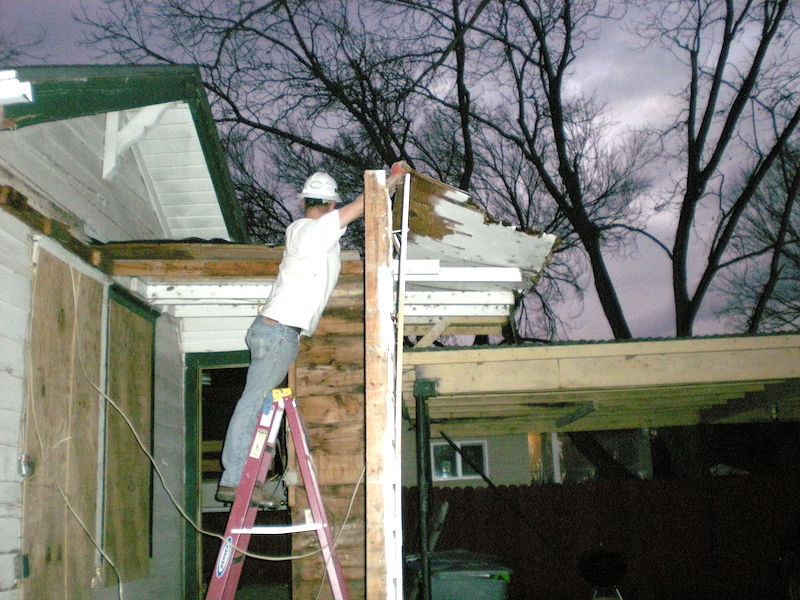 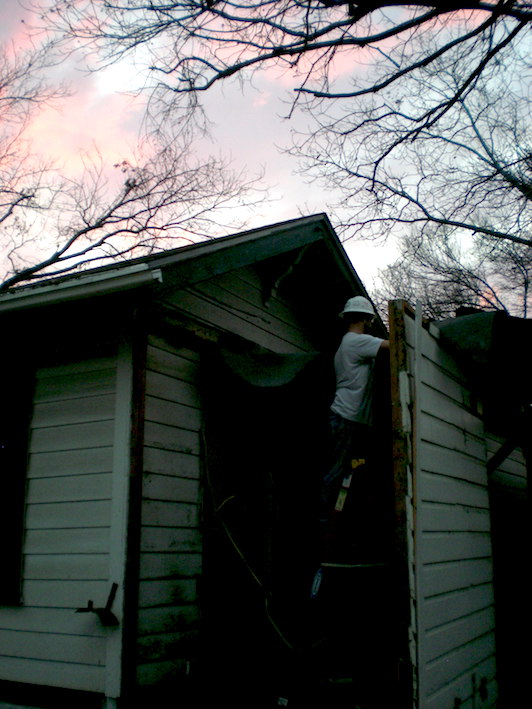 The sun also set over the Advanced Auto Parts and the H-E-B. Purty! Good Riddance 2009. 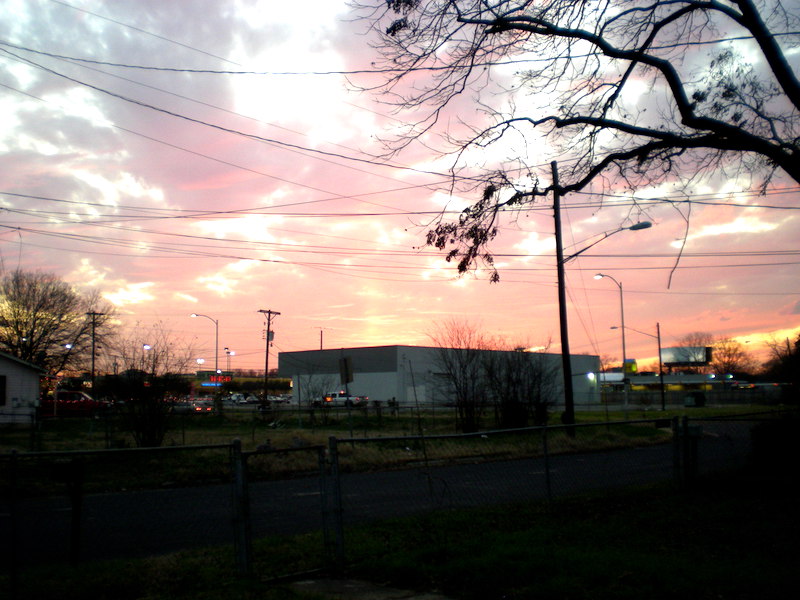 The final demise of the laundry hut was pretty freakin’ sweet. Apparently there was just one of two nails holding it together. So one or three sledges and it was time to shout “TIMBER!” 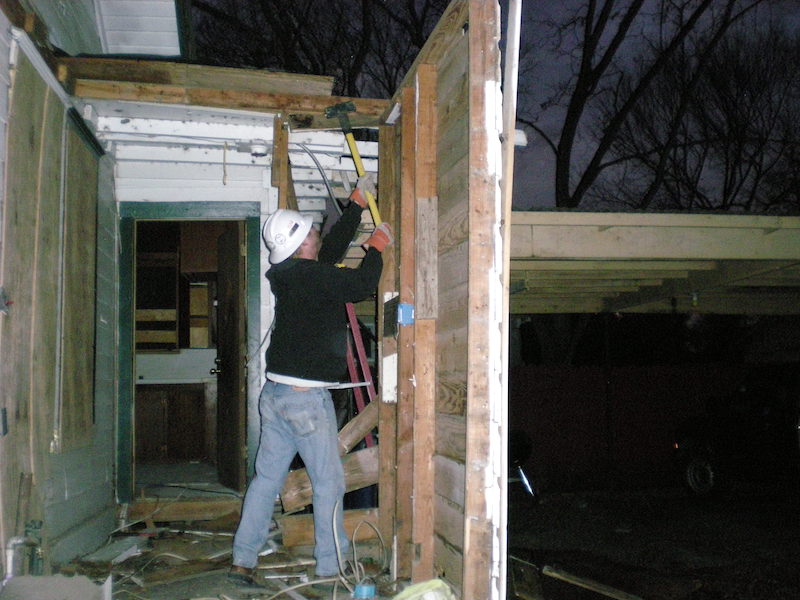 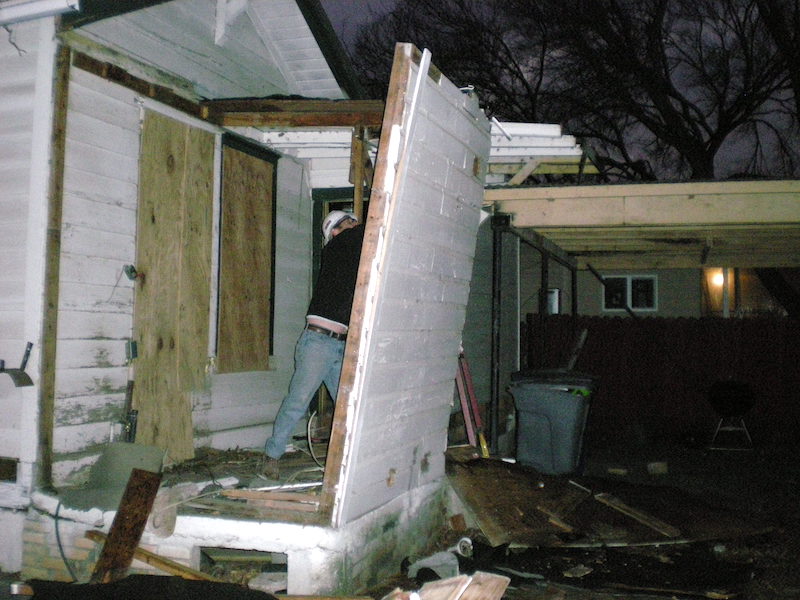 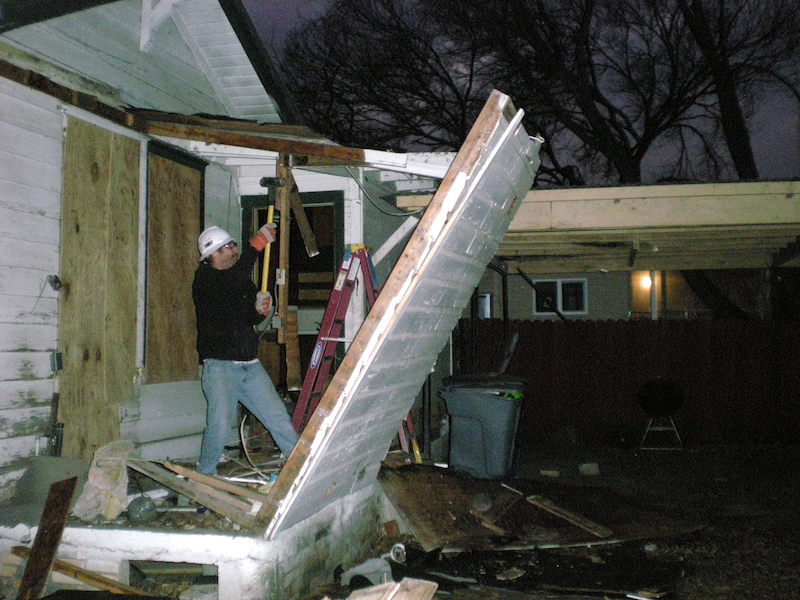 The conqueror stands over the defeated, surveying his victory. 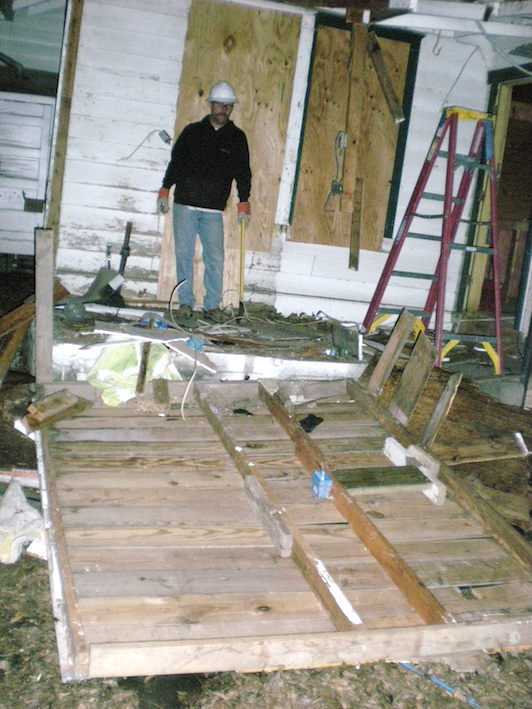 Oy vey, what a mess. 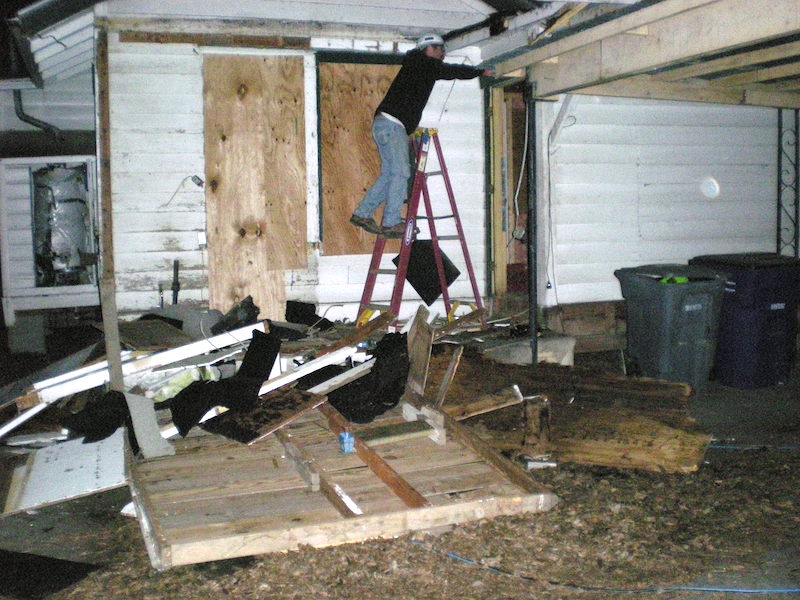 Finally, time for me to get to work. I was on the one-person clean up crew. 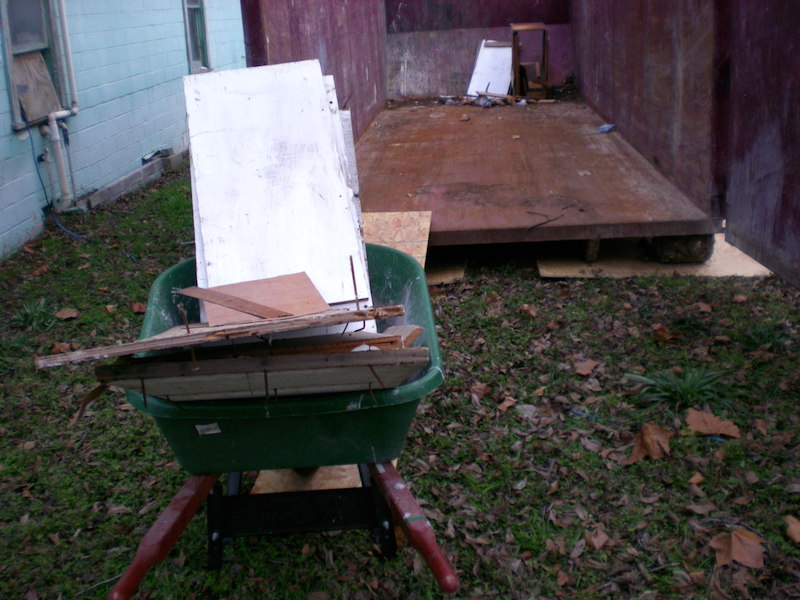 Ah sweet, 2010 is here and the laundry hut is gone, gone, gone. Oh happy days. Well, okay, there is that floor, but it will have to stay until we rent a jackhammer. In the meantime, we have a backyard stage! 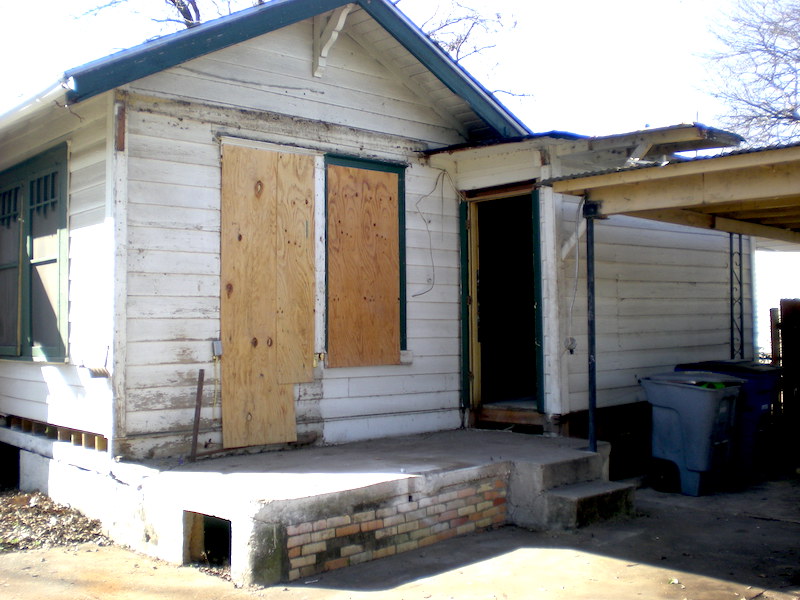 But wait there’s more. Act now and you can demolish two, that’s right, two rooms for the price of one. Yepper, it’s time to take out that pesky kitchen!