So, basically, to build a quality wall you need a lot of lumber and a lot of Amish dudes. 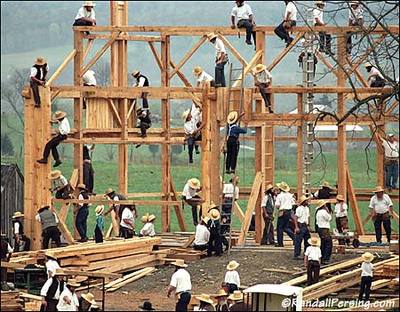 We had the lumber, but were lacking in the Amish dude department. In a pinch, we doubled up on mosquito spray and patience. It was messy, but it got the job done.

What is this? A wall for ants? It’s need to be at least…three times as big as this.

I kid. I kid. This is where the “bottom plate” will go. Are you taking notes? Quiz later. 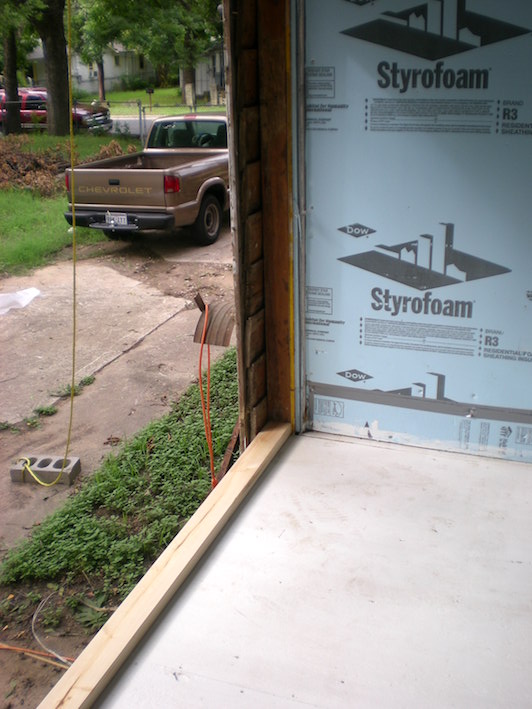 So the bottom plate will be sort of mirrored on the top with a, you guessed it, “top plate” but the old house was in the way. Wee, more demolition. 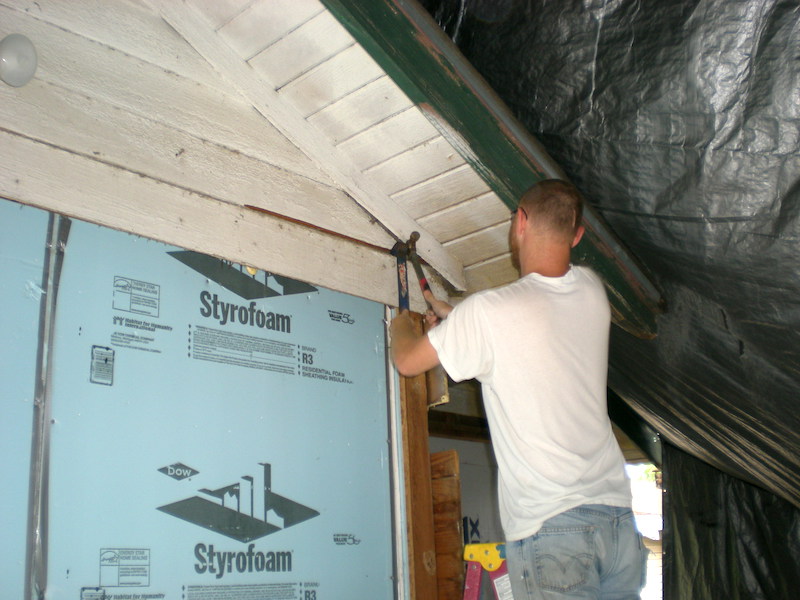 Oh goody, now all the hot air that was chillin’ up in the attic can join us while we work, cuz it wasn’t hot enough before. You know you’re jealous of our Texas summer fun. 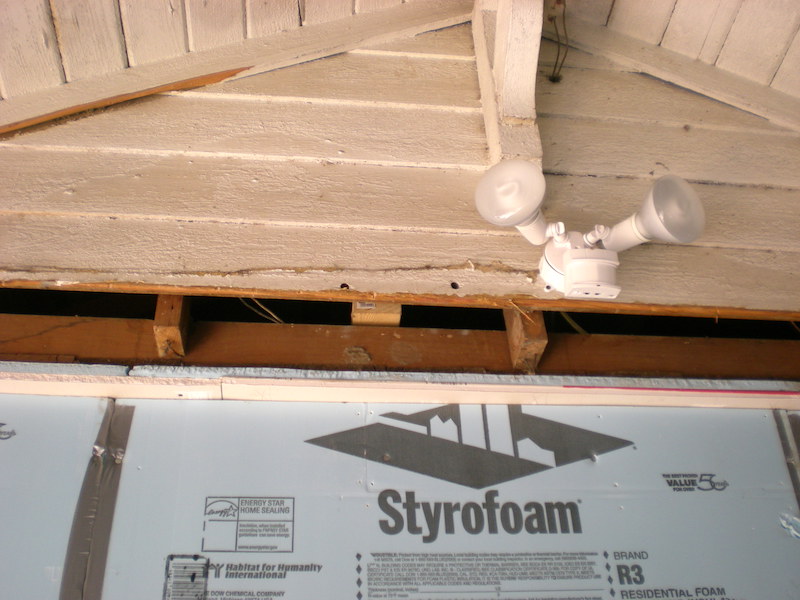 Okay, enough bitching, time to get to work. So, when you build a wall, you build it on its side and then raise the whole finished wall up (this is where we really felt the absence of the legions of Amish dudes). Alas, it was just the two of us, so Errek cut the studs and I laid them out. 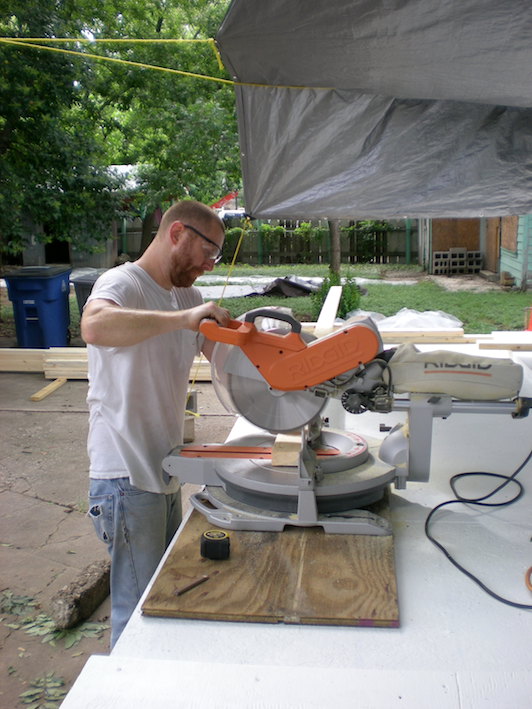 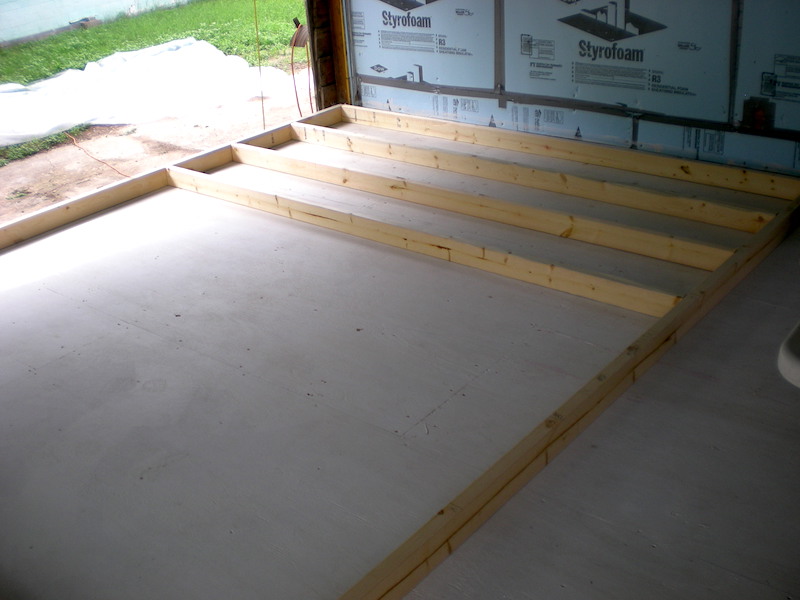 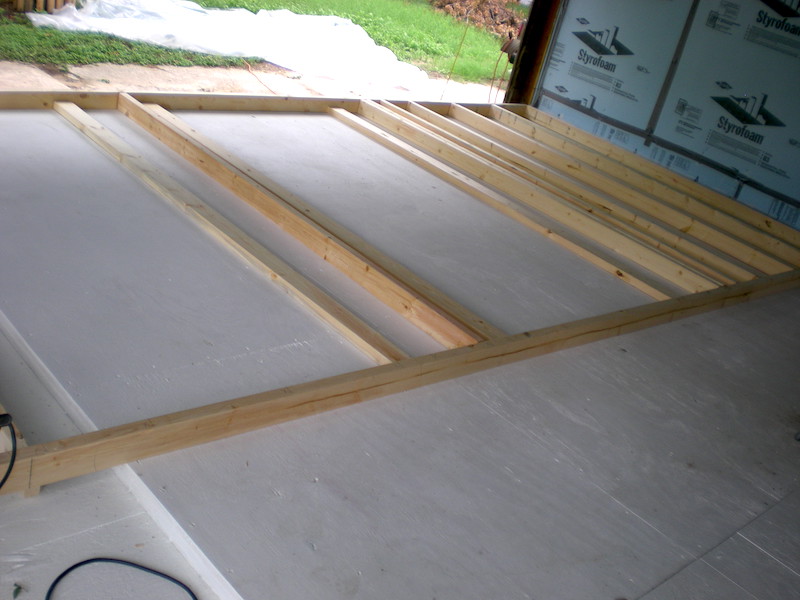 Hmm…mmm…mmm…There’s nothing that a hundred men or more could ever do…I bless the rains down in Africa… Seriously, for Christmas, someone please buy us a portable radio…or better, an iPod Nano. Kthanxbai.

Whoa, look at that, the wall got totally huge while I was singing 80s classics. 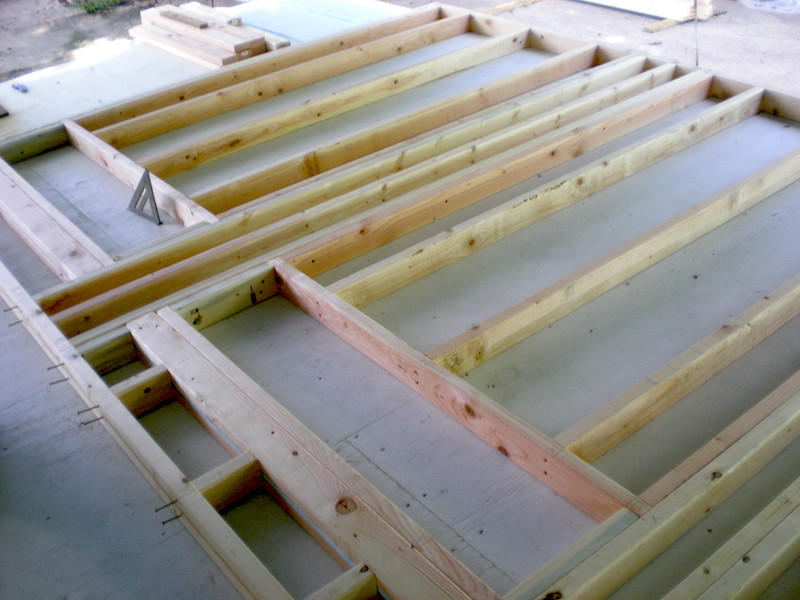 Now it’s time to screw some studs. Hey-ooooh! You know I’ve been dying to make that joke, right? Yeah. Construction terminology is kind of pornographic when you think about it. So anyway, instead using using nails to frame like every other framer in the world, we’re using screws. Why? Well, two reasons: 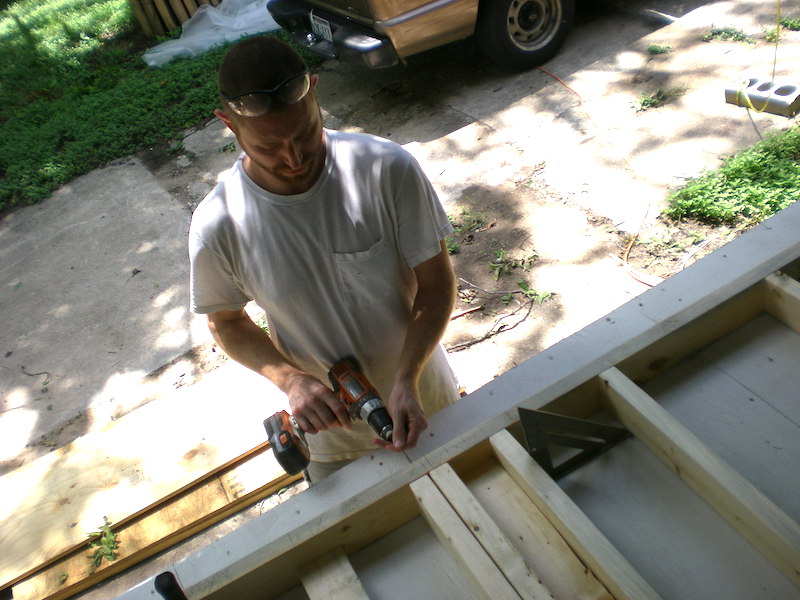 So the wall was now built, but was laying on the ground, which isn’t very “wall-like.” 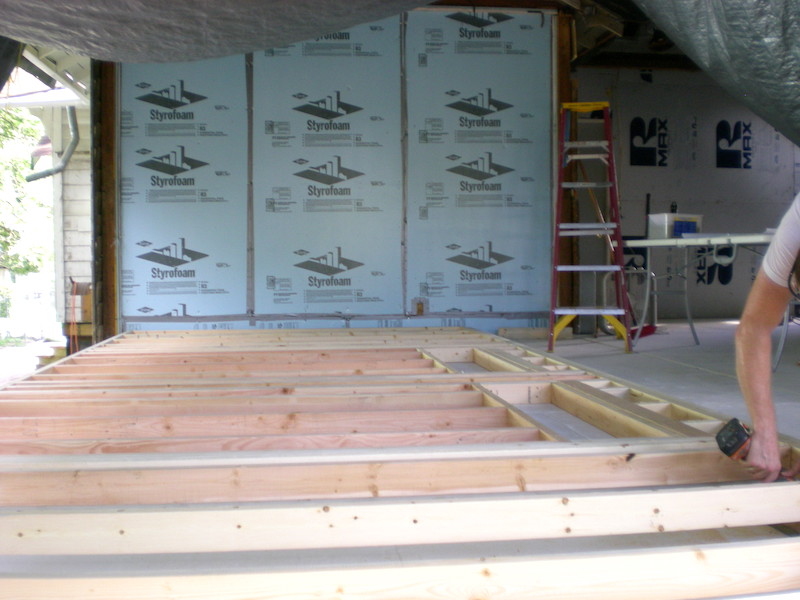 Hey Errek, how do we get it up without pushing it off the edge of the floor?

No baby, I’ll put these cleats…er…bumpers on the floor frame and then we’ll have something to push against as we lift the wall. 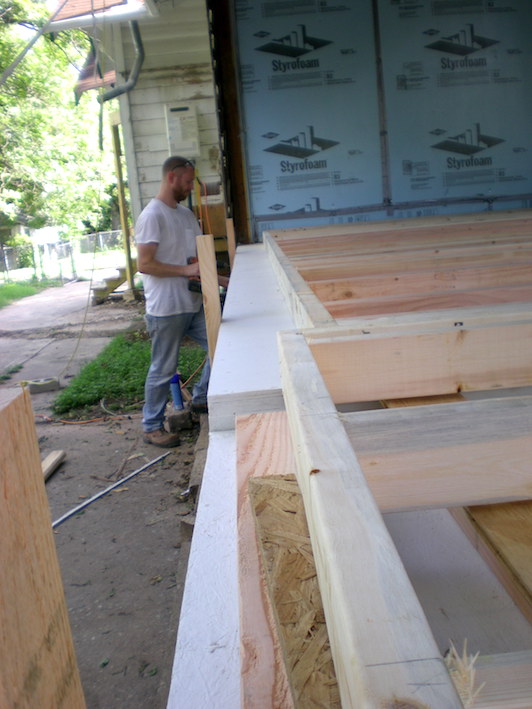 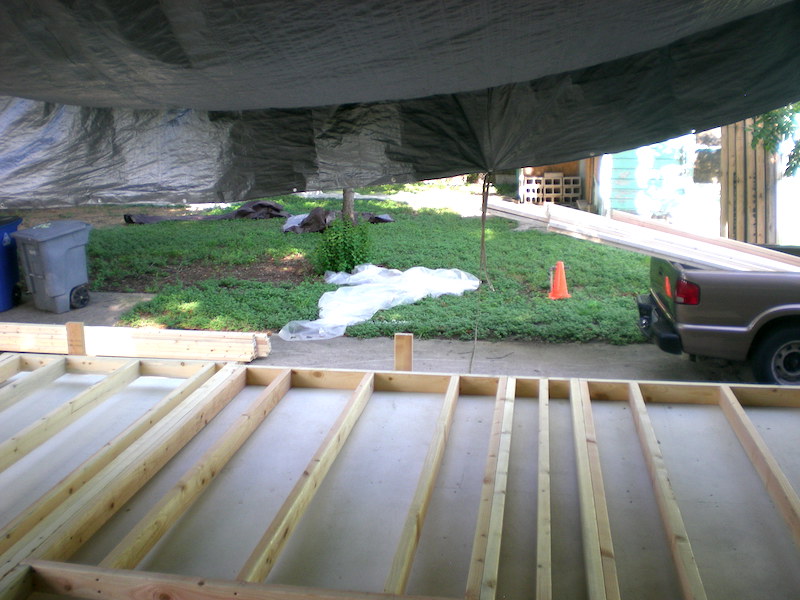 So here we are. Moment of truth. We’re about to go from no walls, to one wall. I don’t know about you, but I’m stoked. Sadly, because walls are heavy and require all-hands on deck, there will be no mid-lift photos. You’ll just have to imagine lots of cussing and straining, and me freaking out and thinking we were going to drop it on ourselves and die of crush syndrome. But eventually we got it up. 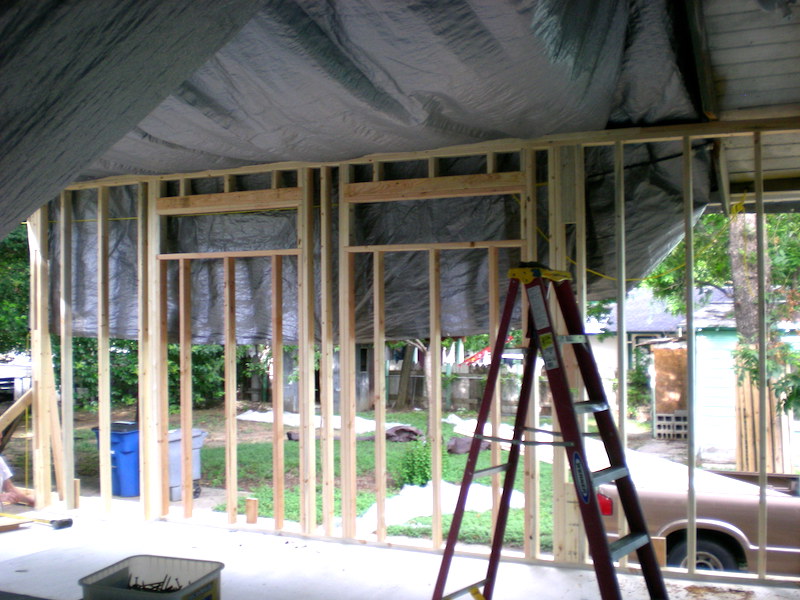 Oh my goodness. I might cry. It’s so glorious…it’s the most beautiful thing I’ve ever seen in all my— Uh, Errek, check it out, there’s a dude peeing on the bus stop over there. Yeah, check out the new view from the back of the house? Oh East Austin, how do I love thee? Let me count the ways. 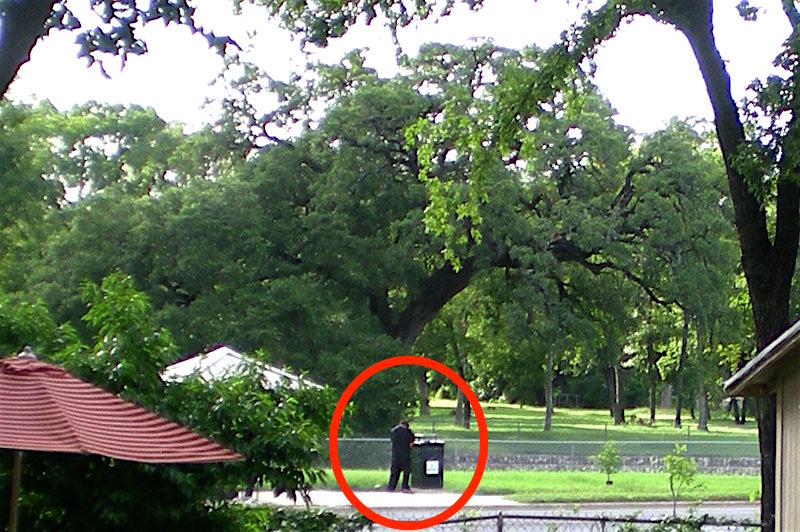 Anyway, back to the story. So, the universe was so pleased with our achievement. The skies lit up in celebration. 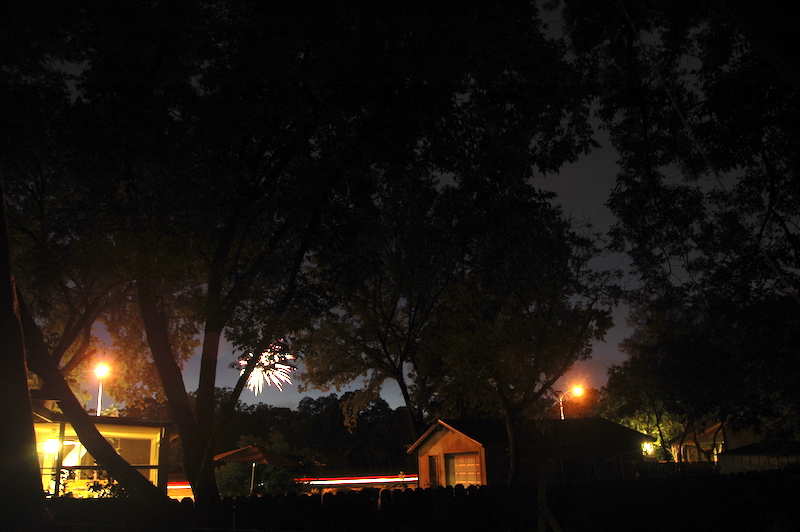 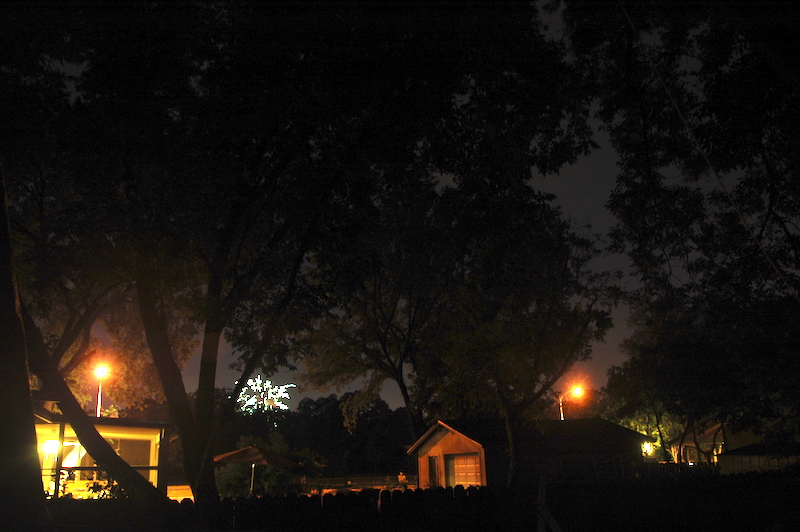 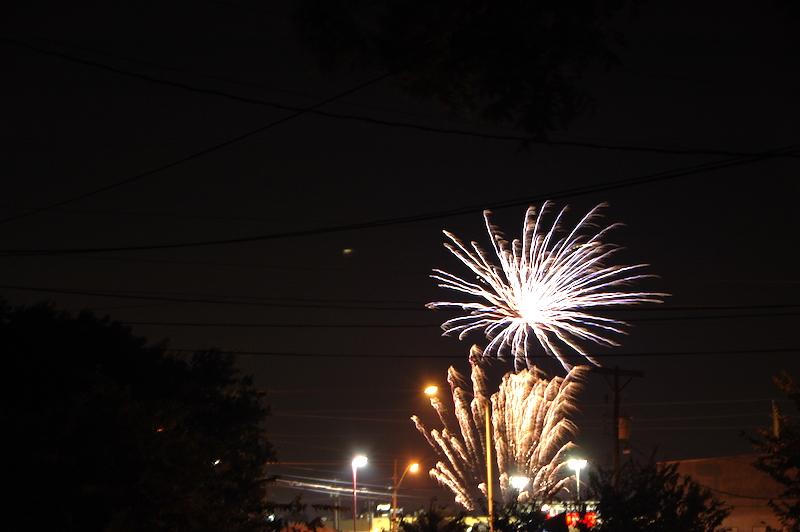 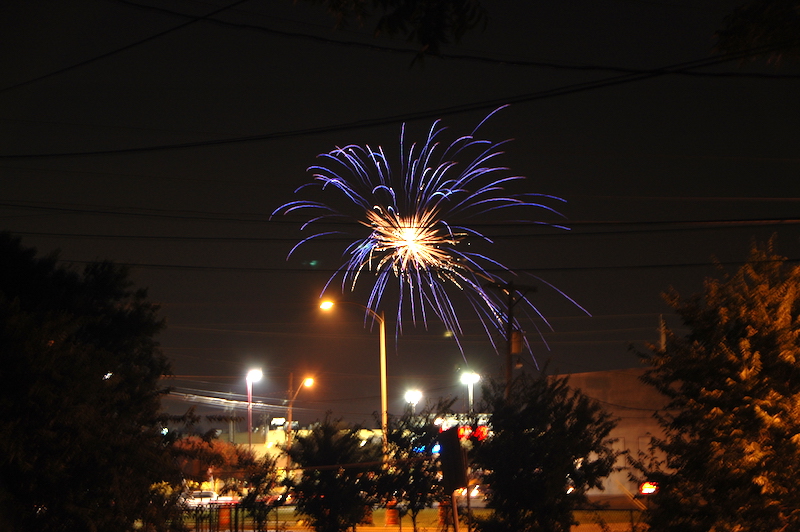 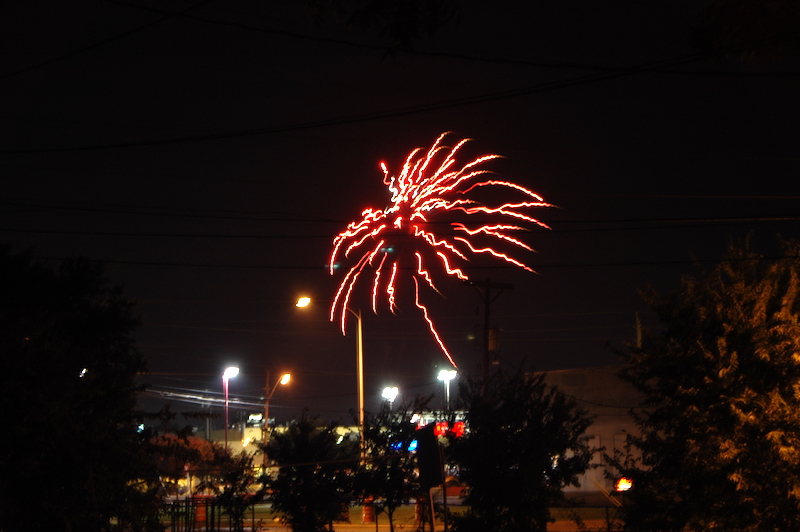 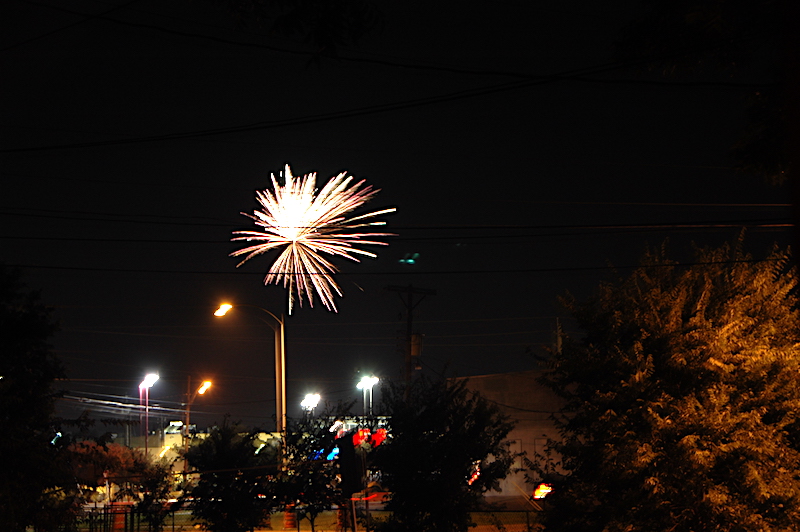 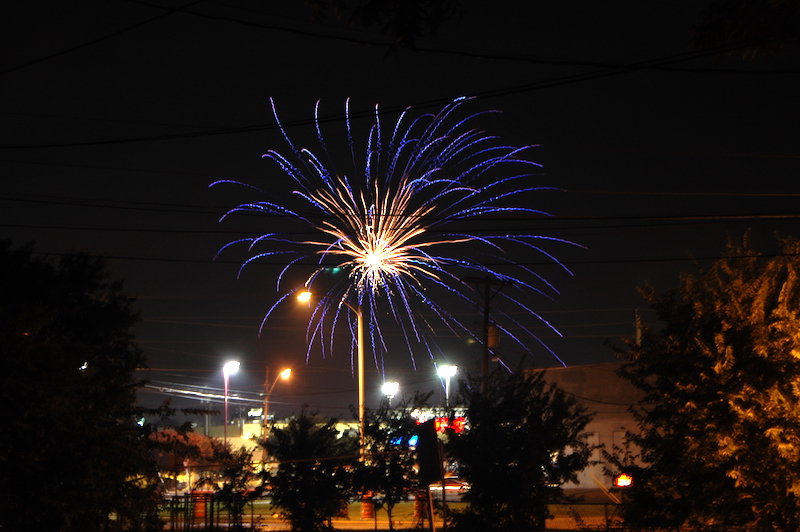 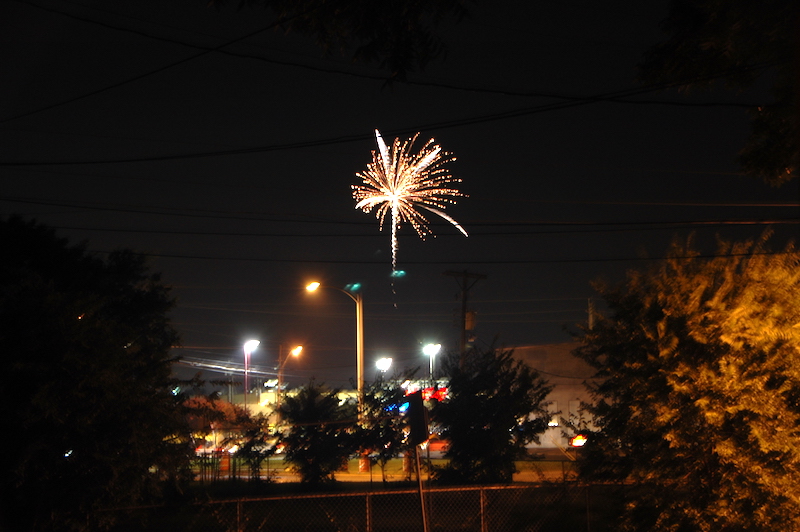 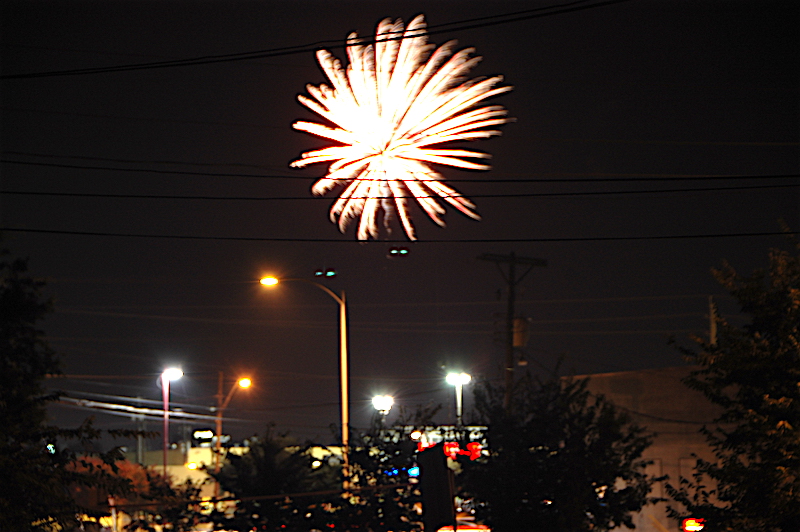 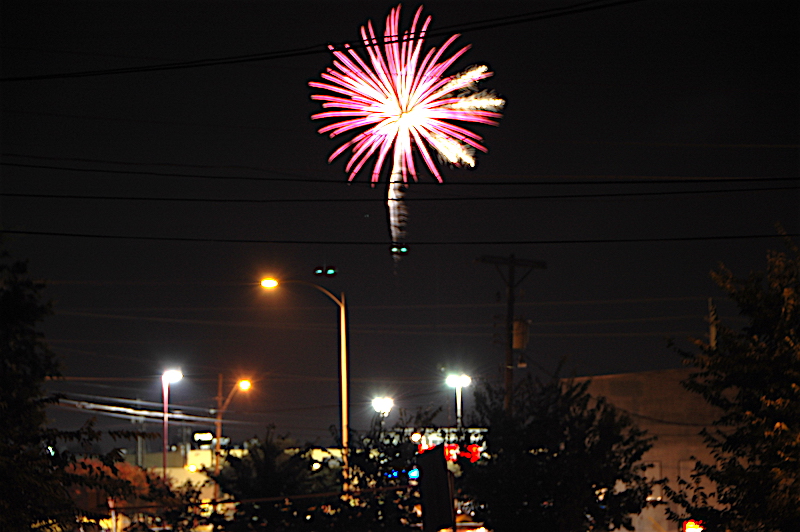 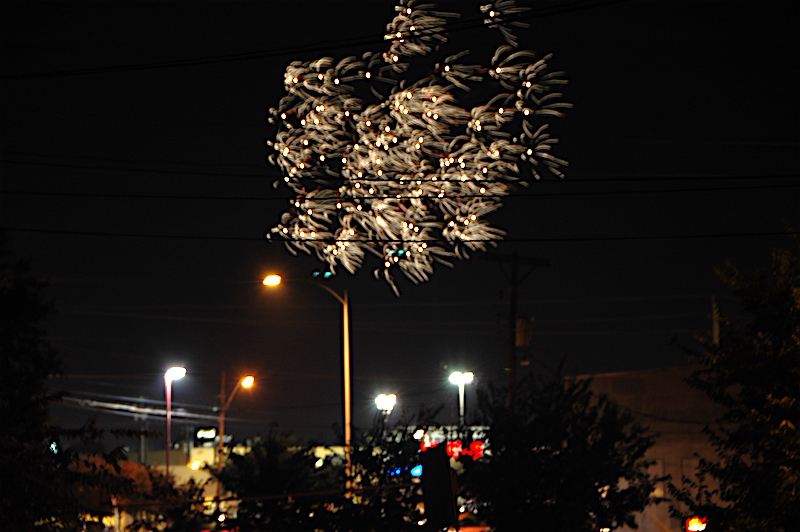 Alright, alright…I guess it MIGHT be possible that these fireworks were actually in celebration of July 4th, but I choose to think it’s all about us.

Well, show’s over kids…but wait. What’s this, more walls? Well sure, why stop at just one? Next up, the kitchen!