Now, with the almighty toilet in, it was time to once again attend to our safety. And the living room, with its two foot span joists straddling a three foot drop, was…well…not safe. Especially after an evening at the Jackalope, when we were trying to navigate the shadowy chasm, that last shot of Jager sloshing under our belts. Also, the creepy toothless guys next door were starting to…well…creep us out. It was time to secure this place. It was time for floors.

Don’t get me wrong, watching “Joist Walker, Texas Ranger” navigate the boards like some sort of high flying circus star was rather fun. 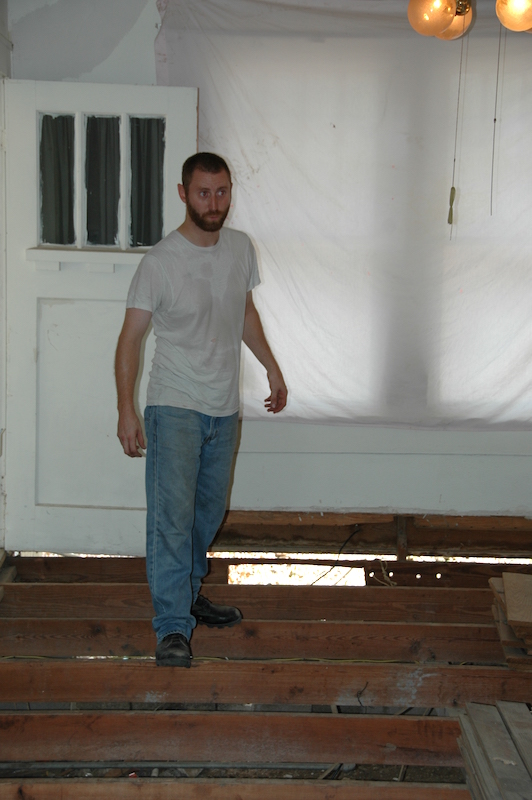 Also, the crawl space was a veritable cornucopia of forgotten treasure…and also, dirt. 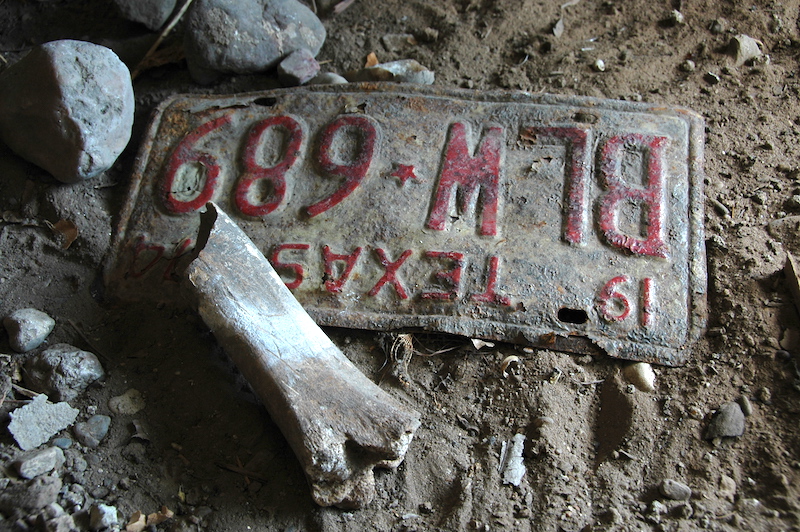 Step One: We’d have to clean out the living room before we could put the floor in. And considering this is where we were keeping the stacks and stacks of hardwoods we pulled out and plan to put back in, this was sort of a big deal. 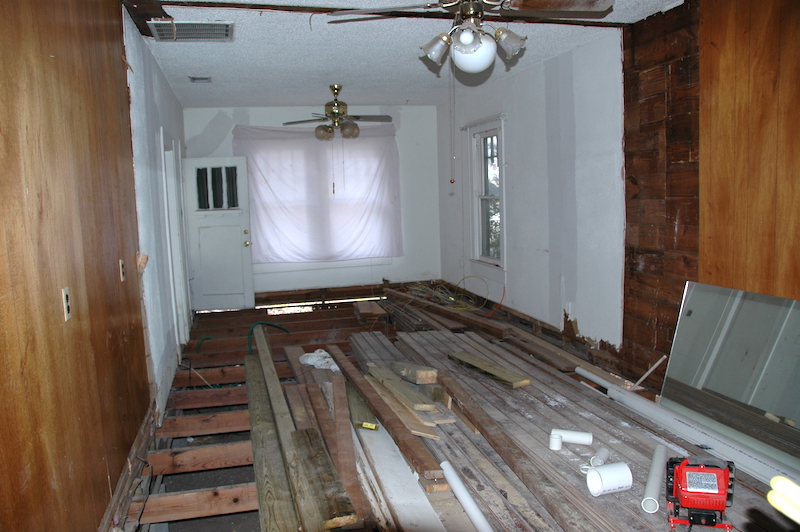 All clean, yay, though my back is saying nay. 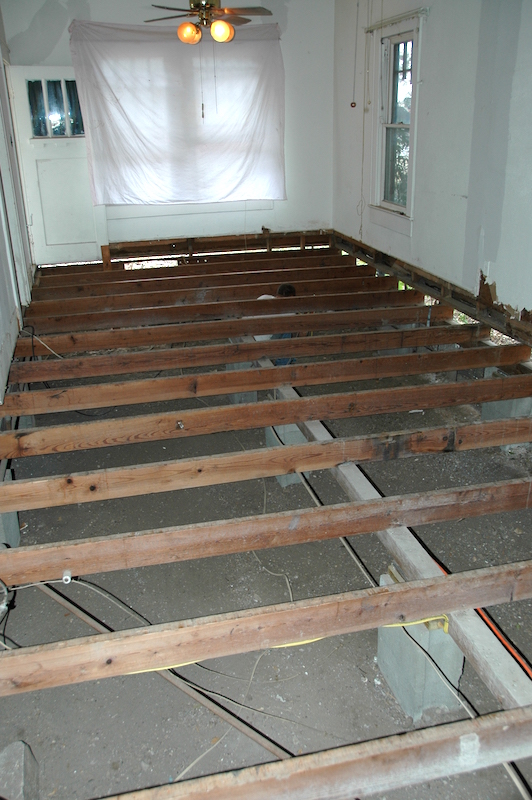 Ta da, the two foot spans have magically become one foot spans as we add joists like there’s no tomorrow. Lessons learned: For Christina — don’t use your thighs to hold the joist up while it’s being sledgehammered. Say hello to the bruises. For Errek — sledging the joists under one wall at a time is easier than trying to sledge them under both walls at once. 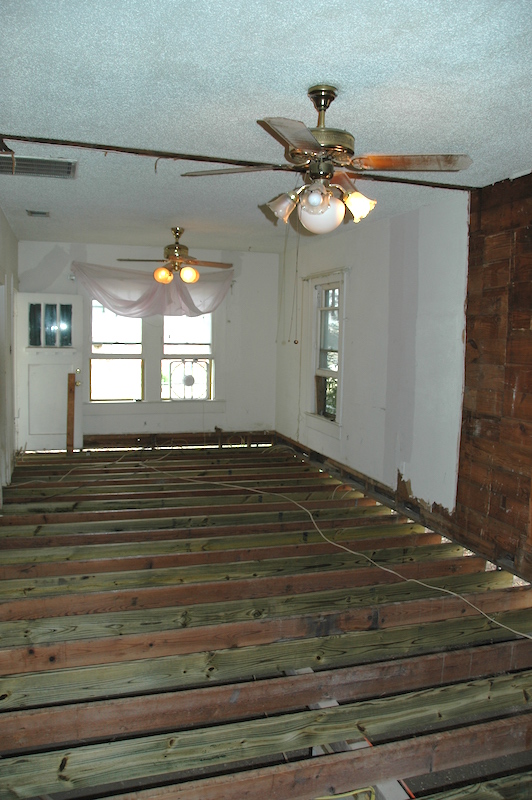 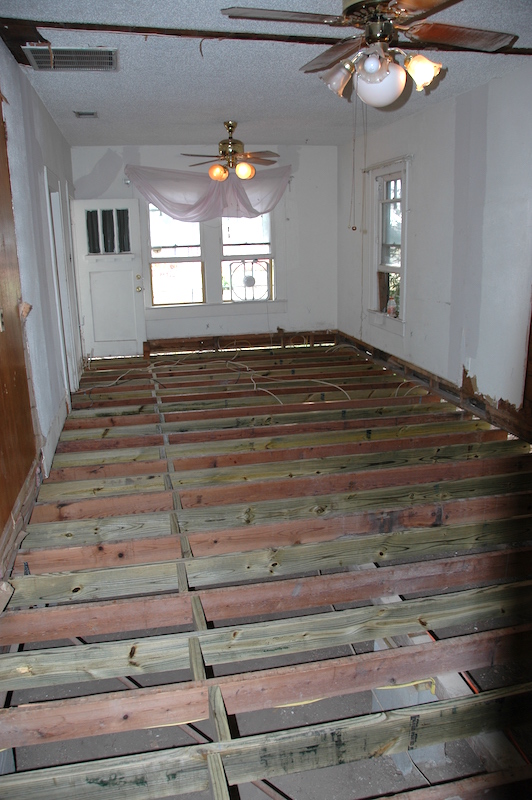 The plan was to do a time-lapse sort of thing as each piece of plywood went down. Here’s the first one. 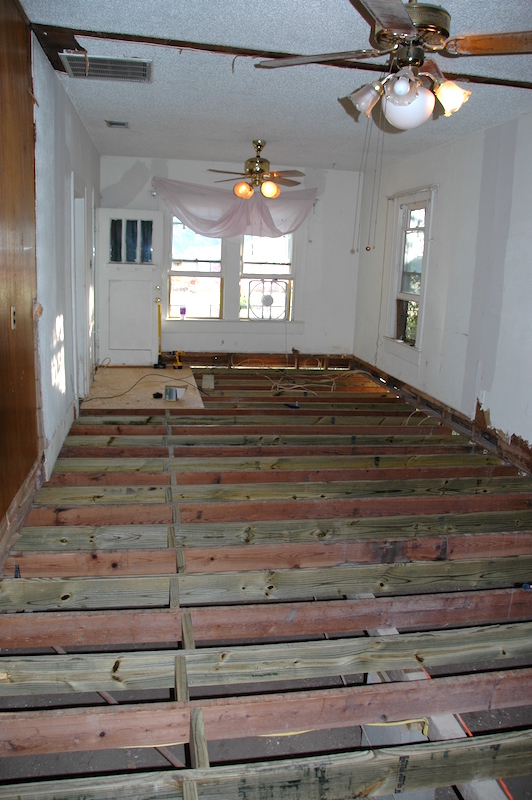 Sadly, I forgot. Jump to: Two rows of plywood installed, we’ve brought the wood floors back inside just as a big scary thunderstorm was about to hit town, and we’re dog tired. 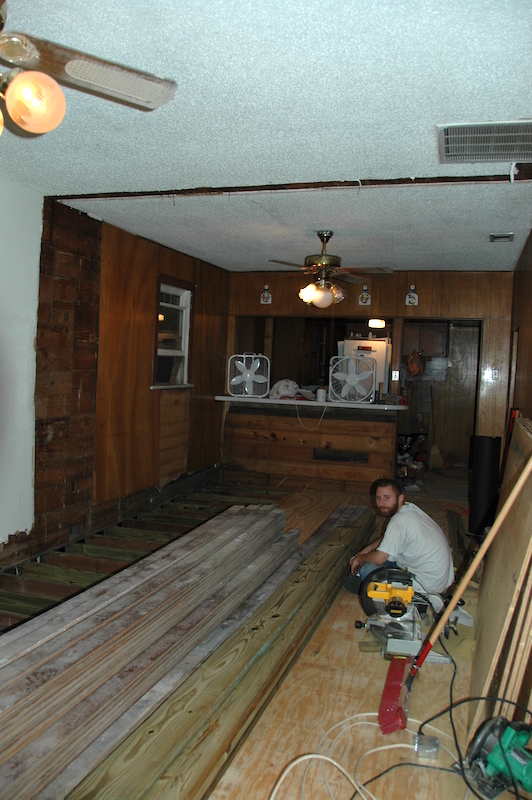 And yay, the floors are totally in. 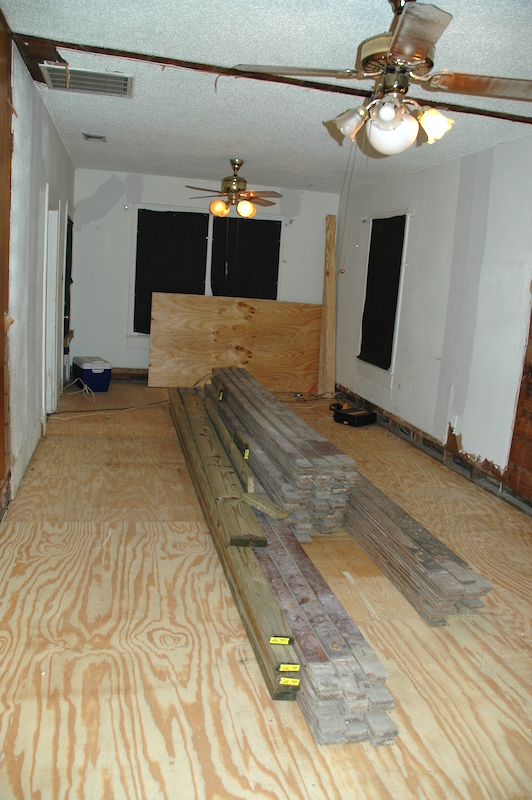