Part of our upgrade to the house included a big ole upgrade to the AC. The original AC was very old and inefficient. We took advantage of Obama’s energy credits in order to get a very efficient AC unit and saved a bundle in federal, state, and city rebates and tax credits. It was awesome. Plus…

Check it out, the guys from AirCo are totally doing all the sweating, bending, and grunt work for us. Hey Chip, don’t mind me or this camera in my hand. 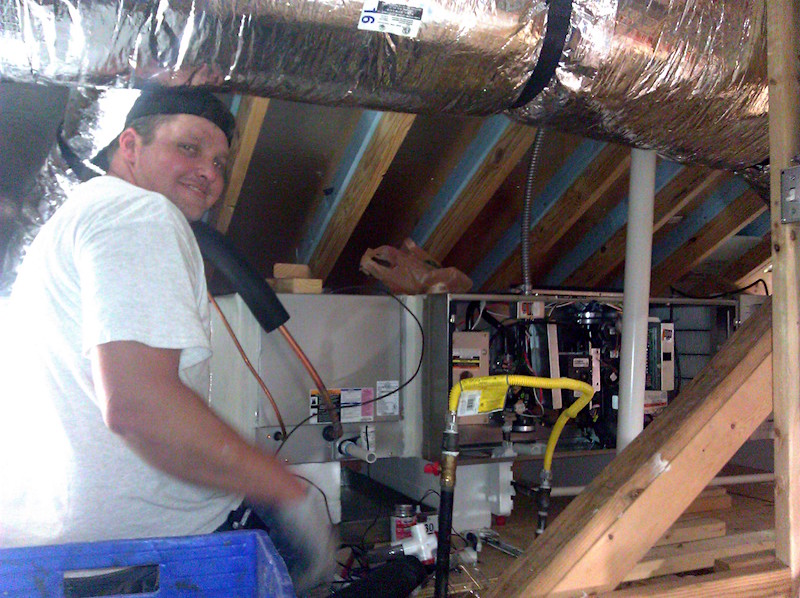 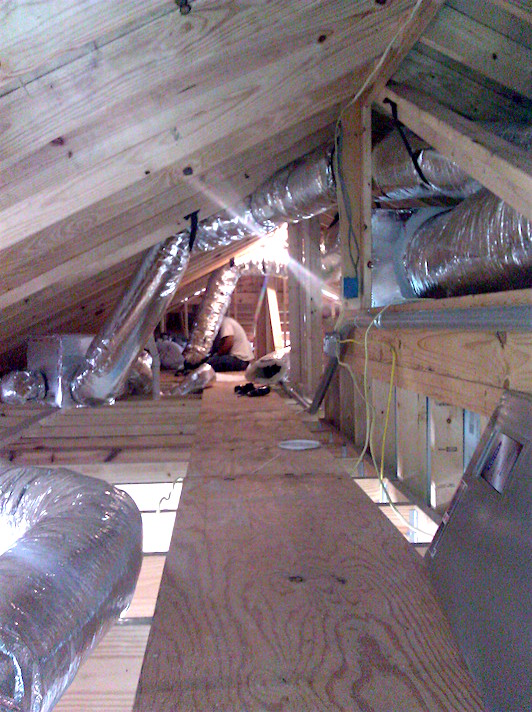 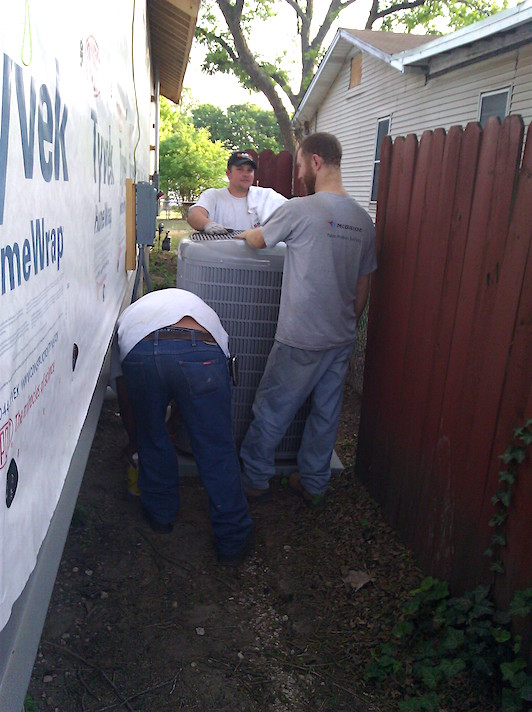 Worth the money? In this heat? Damn straight. 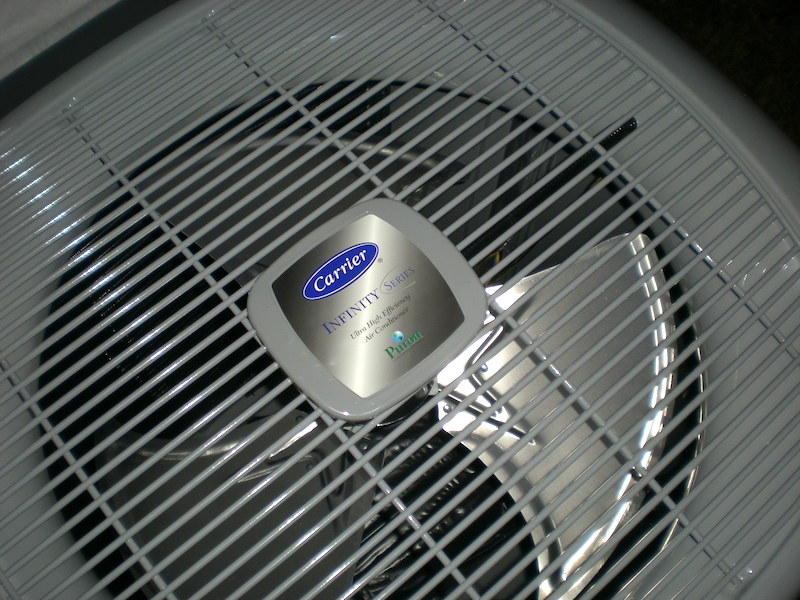 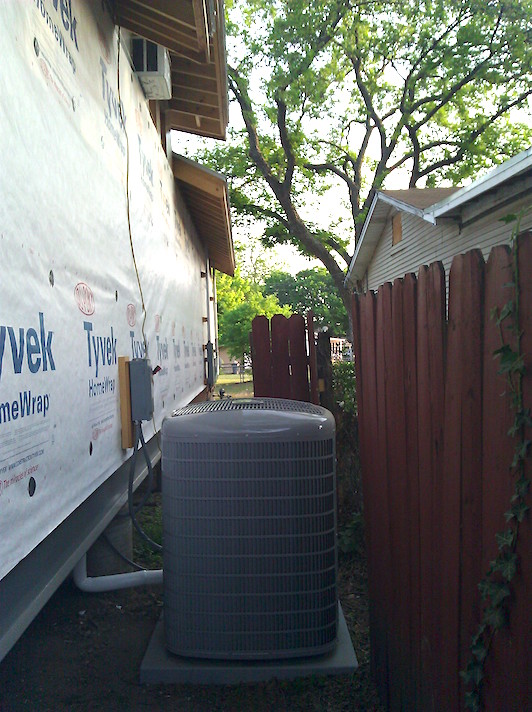 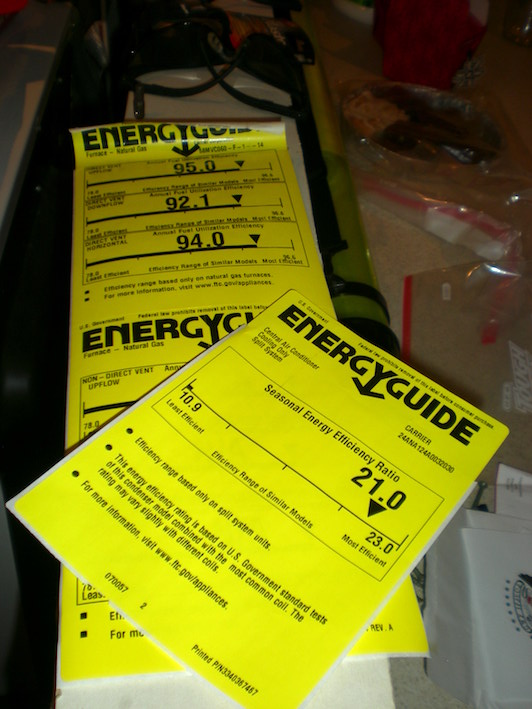 Oh, and a pretty thermostat, too. 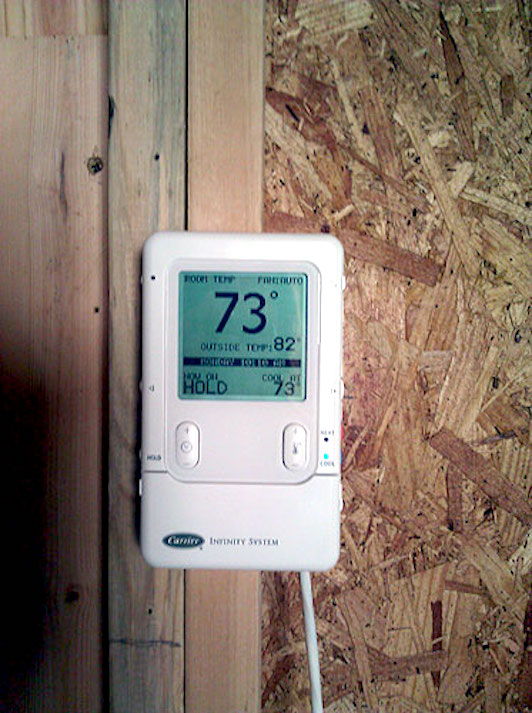 Well, damn, that was a short story. Clearly we’re not working hard enough, oh wait…we are. Cuz there’s this whole other thing going on at the same time: electrical! And when I say we were working hard, I really meant Errek was working hard. See, in case you didn’t know this about Errek already, he works as a commercial electrician. So finally he was getting to work in his actual trade.

And hell, he couldn’t rightly put just any ordinary electrical wiring into the house. Nope, if we were going to build ourselves the perfect house, then it needed the perfect electrical system. Prepare to be impressed. I know I am.

To give you an idea of why you should be impressed, behold the original electrical panel. 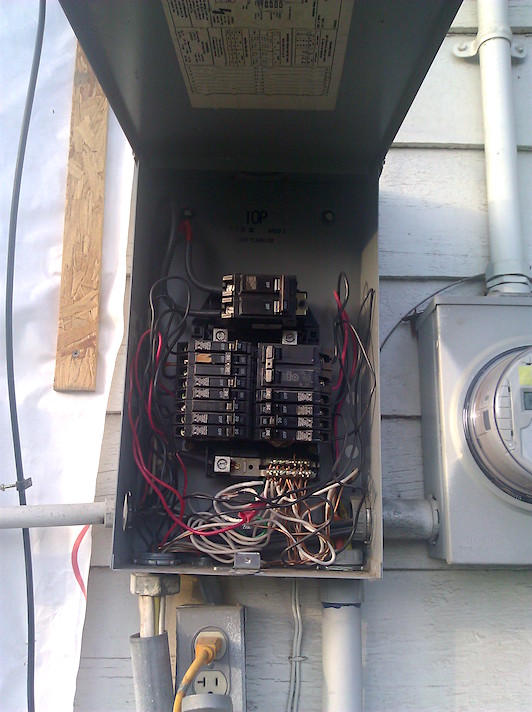 And now the new panel…well the outside panel. We actually have two panels now. Look at how neat and organized that second box is. Proud of my guy! 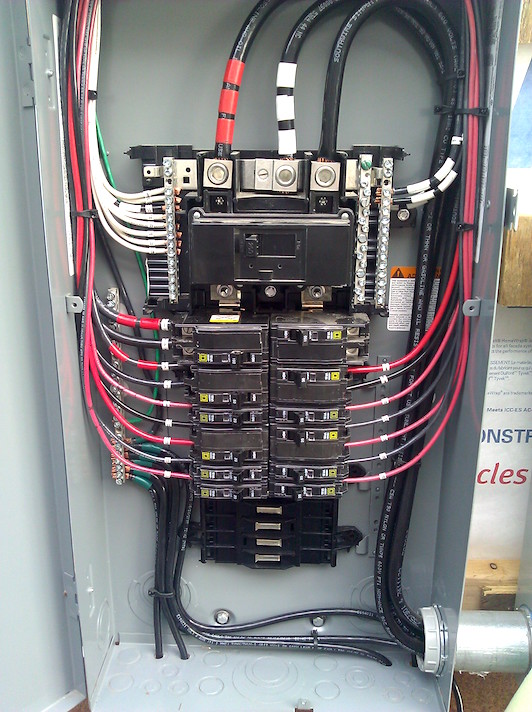 And to get all the wire from the panels to junction boxes and to the switches, lights, and plugs — he used pipe…lots and lots and lots of pipe. That’s right, we’ll never have a mouse chew threw a wire and set this house on fire. No sir-e-bob! 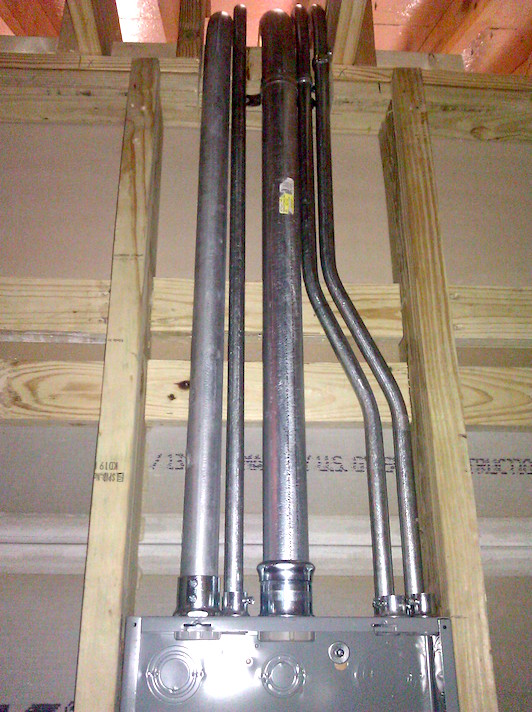 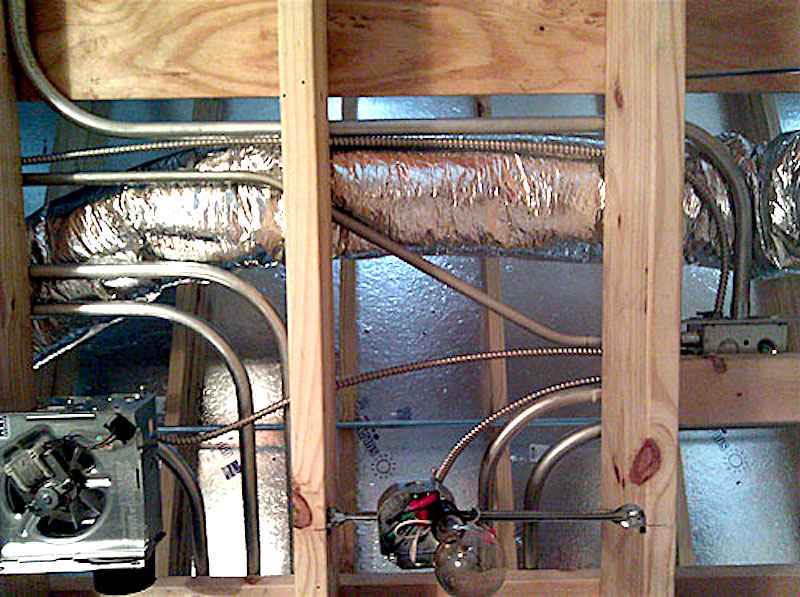 And do you see all those graceful curves and bends in the pipe? You know what, they don’t sell pipe all pre-bent and shit like that. Nope, you’ve gotta bend that shit yourself. Like this… 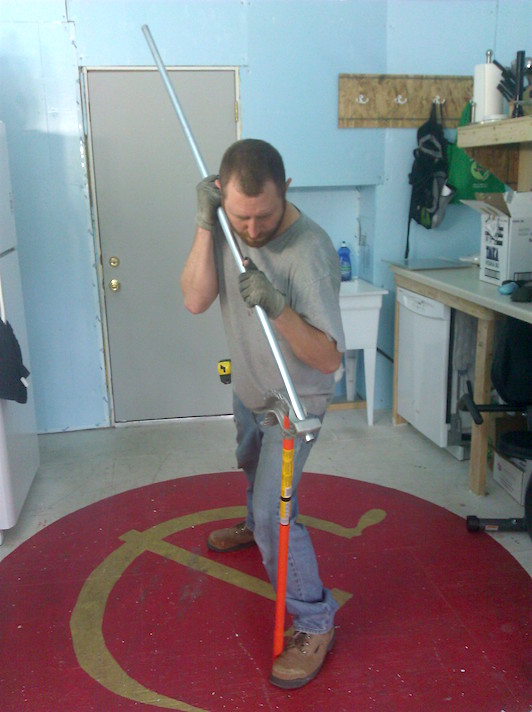 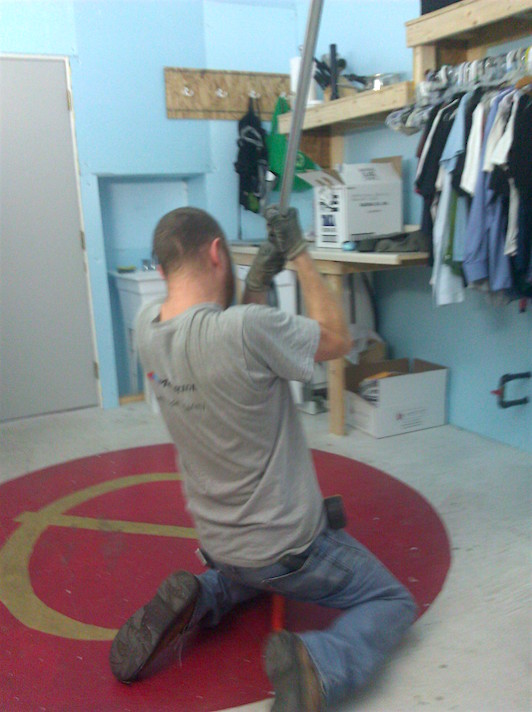 It’s hard work, and that’s just the half of it. Once the pipe is bent and attached to the panels, the gutters, the junction boxes, and so on, then you have to pull the wire through.

Errek would measure, cut, and label each wire with a number. 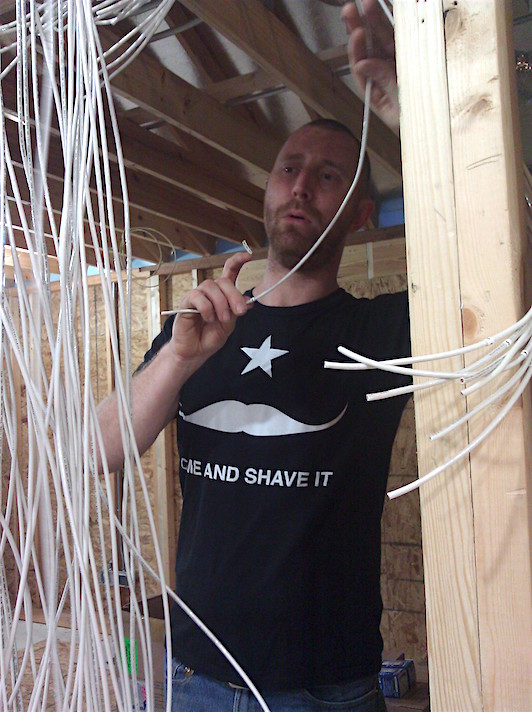 Then he’d bind all the ends of the wire together with a hook on the end. 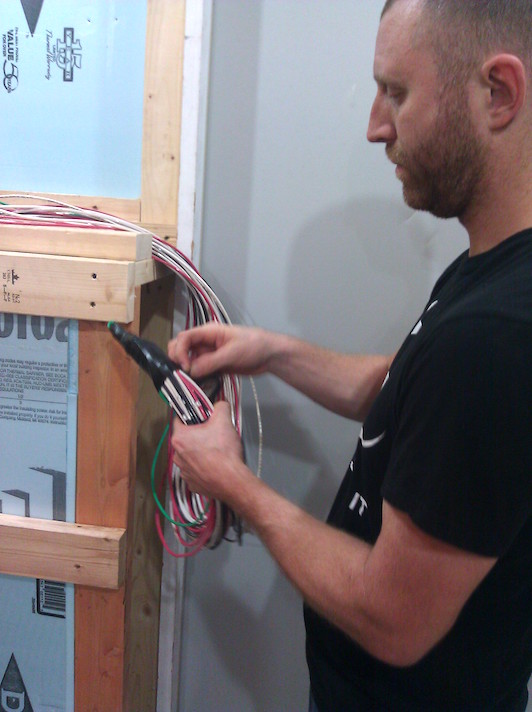 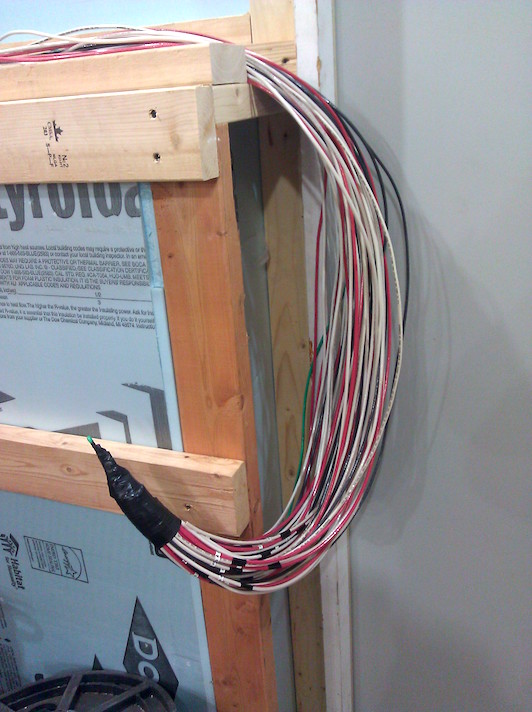 Attach that hook to “fish tape” which is that wire on the orange ring. 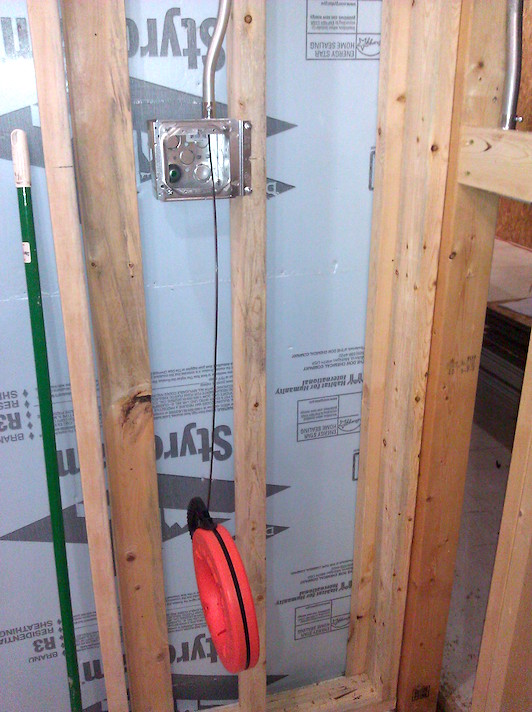 And then one of us would pull the fish tape while the other pushed the wire until poof, the wire would magically appear where it needed to be. 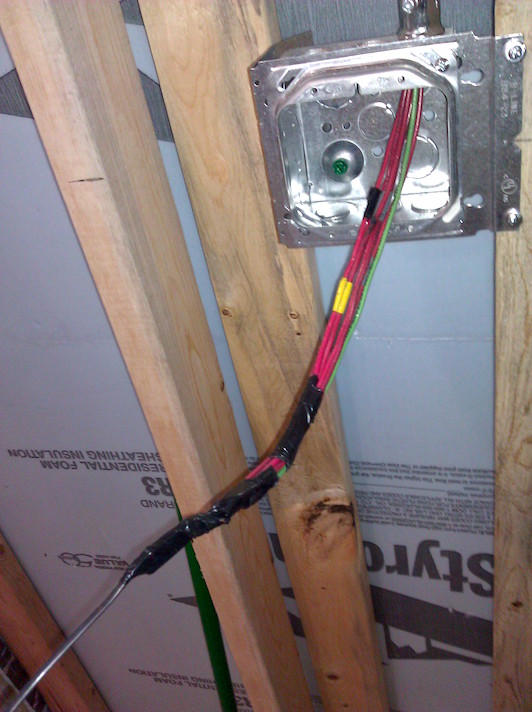 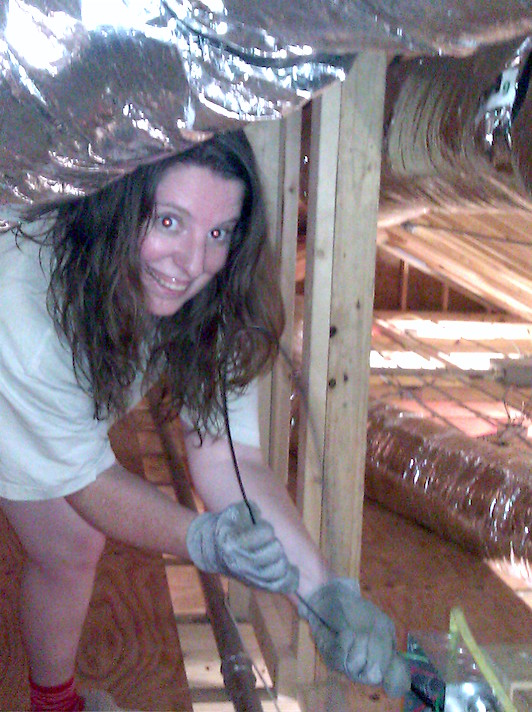 We had to pull a lot of wire, and sometimes some pretty big bundles of wire. Gotta whole lotta wire…rooooowr. 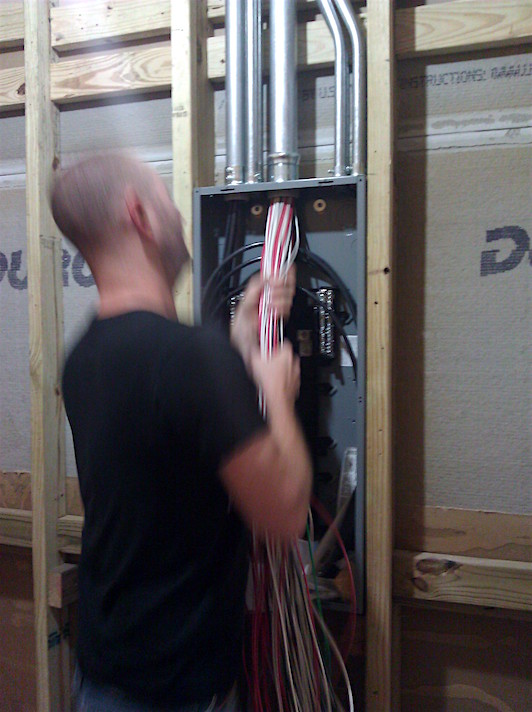 P.S. this is panel number two, the indoor panel. 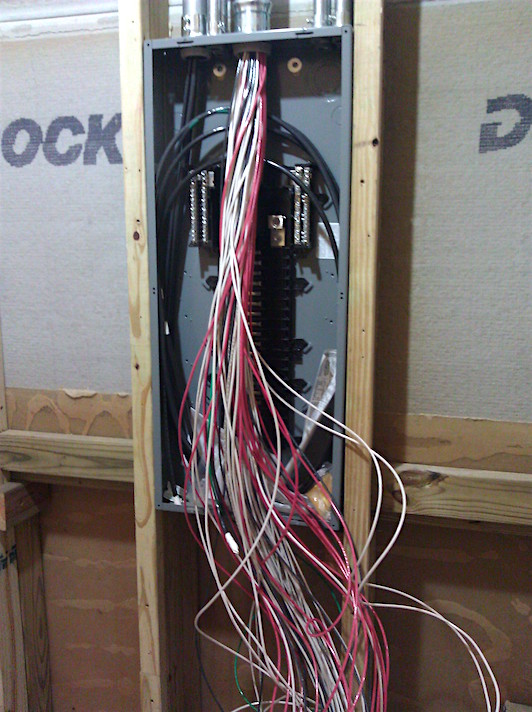 And here it is all neatly wired up. Sexy, huh? 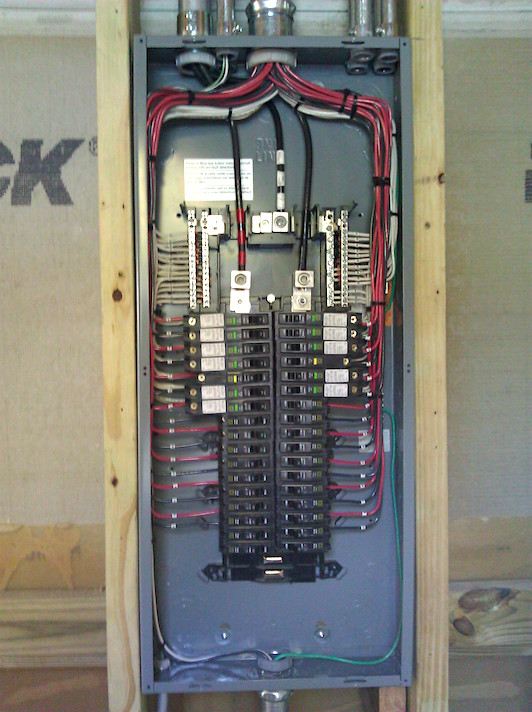 And you know what else is sexy? Homemade cookies! That’s right, our old panel was too small to run both an AC and an electric stove, so we’d gone without the smell and taste of fresh baked cookies for many years. But with the new panels, the cookie drought was ended. 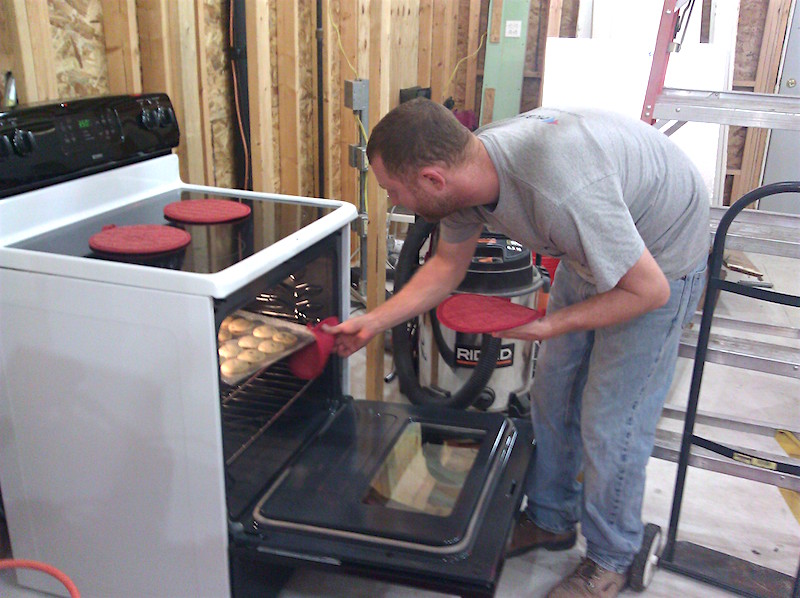 So, yeah, those are some pretty big changes at the ranch, and that ain’t the half of it. We’ve got one more whammy of an improvement to show ya, and then it’s back to work. Are you ready for…drum roll…windows?!?!?!