Chapter 7: Bring on the Shower…Please

With a toilet and floors we decided to take a much needed and well-deserved break to celebrate our birthdays, enjoy halloween and partake in other autumnal shenanigans. We enjoyed the comfy fall weather and took the opportunity to wander about Central Texas and see what this beautiful countryside had to offer. 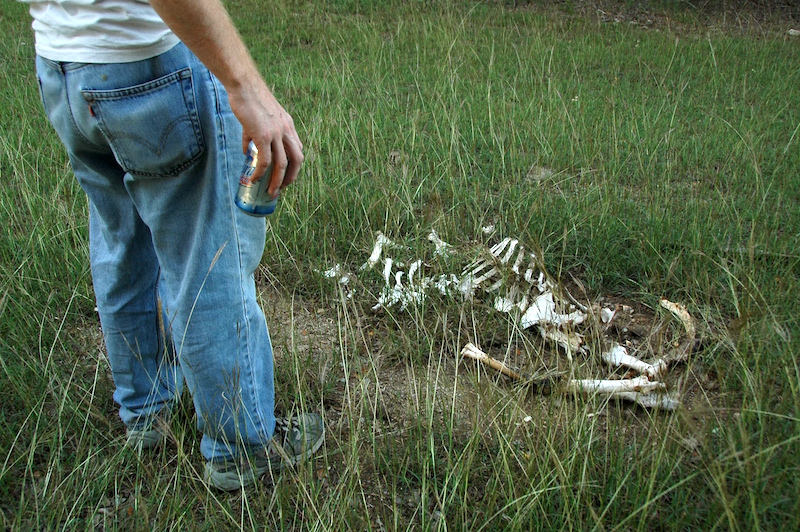 Um…okay, let’s get back to work.

First step: Finish out the bathroom so we can shower at home. Turns out, this is actually really complicated and takes a lot of time.

First step, make a door to the room. In the previous floorplan, the single bathroom opened into one of the two bedrooms. That just won’t do, so it was up to us to cut a hole into the living room. Or rather, it was up to Errek. I mean someone has to drink Sunkist and take pictures, you know? 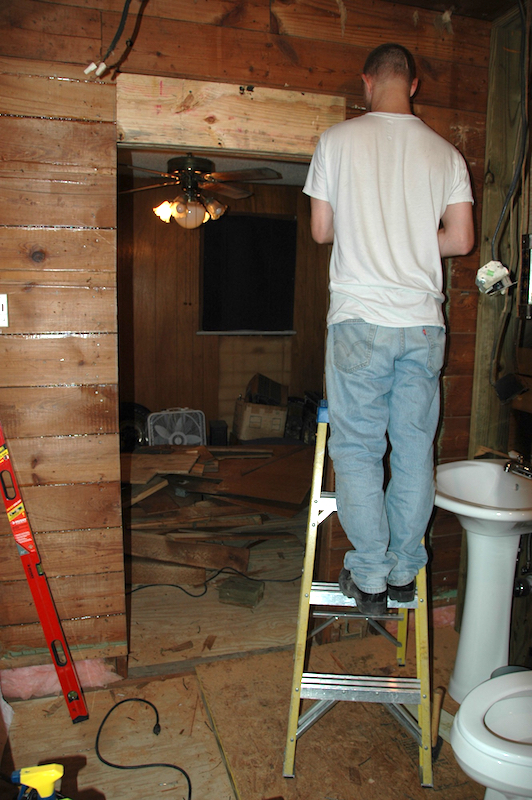 Also, we added the back stud wall and framed out the shower, including a bench in the back and a little shelf along the side for shampoo, soap, or beer as the case may be. 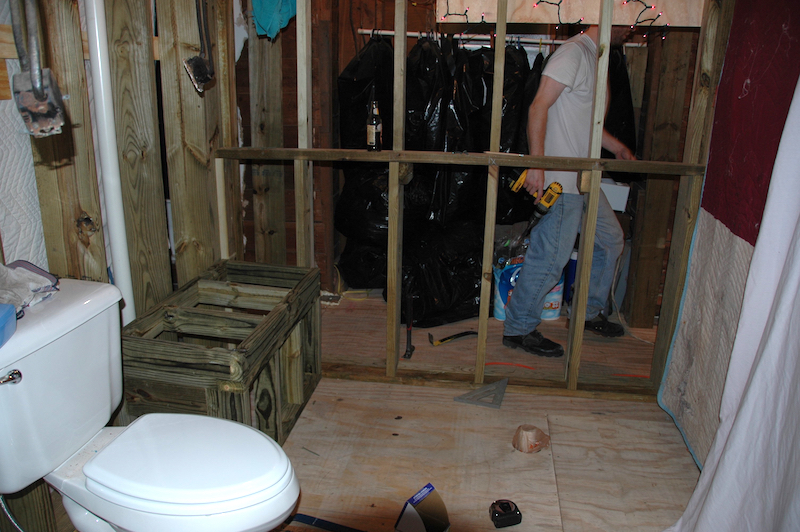 With the walls and woodwork finally finished we turned our attention, once again, to the floor. We removed the toilet and pedestal sink base, bought the tile and knee pads… 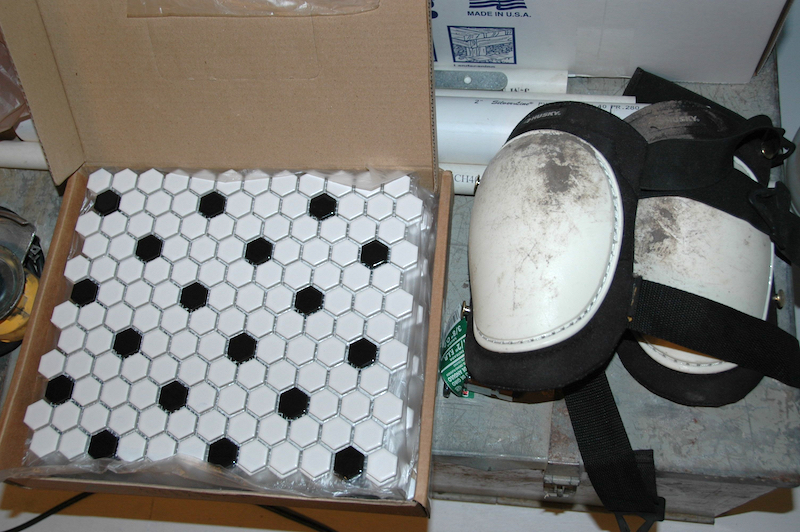 …mixed and laid the leveler and thinset… 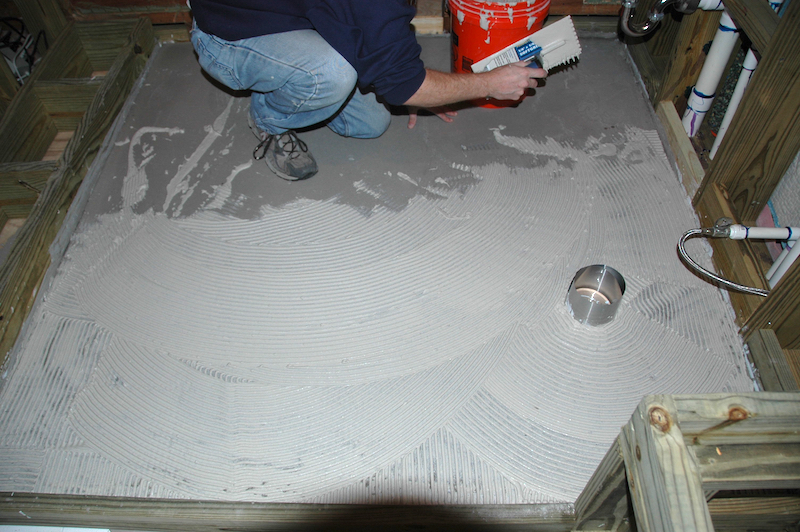 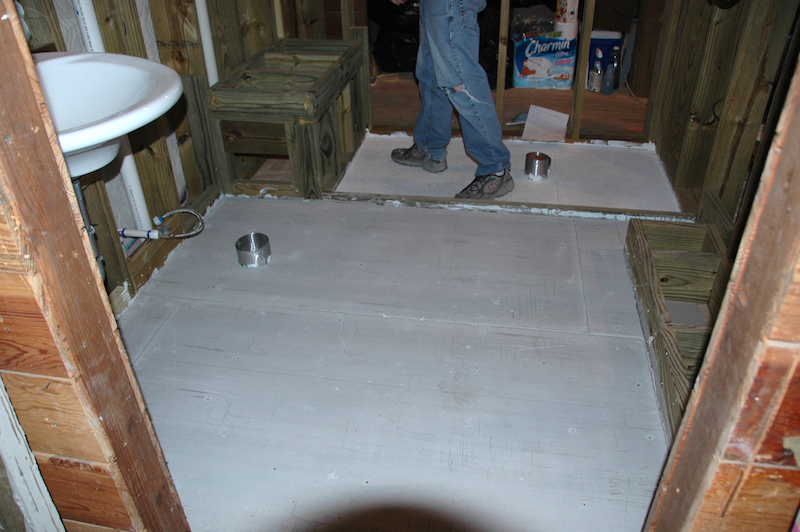 …then we hit another roadblock. Waterproofing. Apparently it’s super important. We’d thought we would waterproof it ourselves with red guard and a fiberglass mesh some guy gave to Errek, but then we decided this was entirely too important to DIY it. So we made some calls and got this. 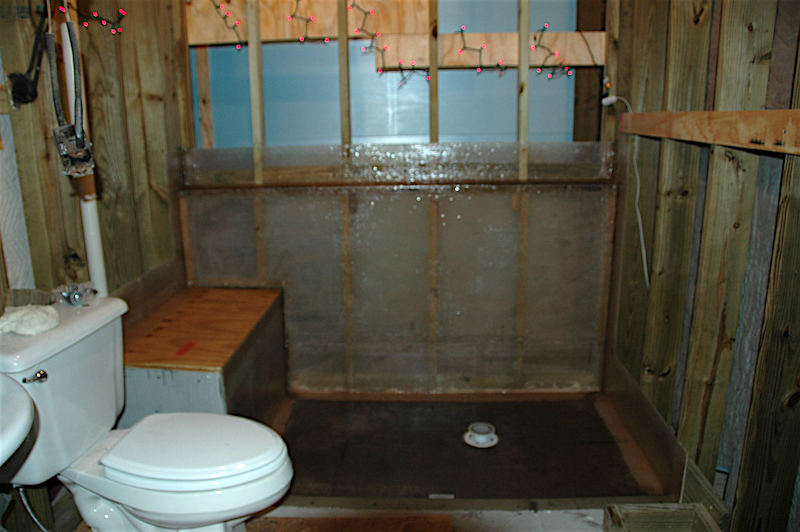 It’s pretty ugly to have cost so much, but it’s like kryptonite to that pesky water, so it’s worth it. It is curing as I type and man does it smell horrid. Also, check it out, they put the business card right in the resin. So if you want a recommendation, ask me for the phone number now before it gets tiled over. 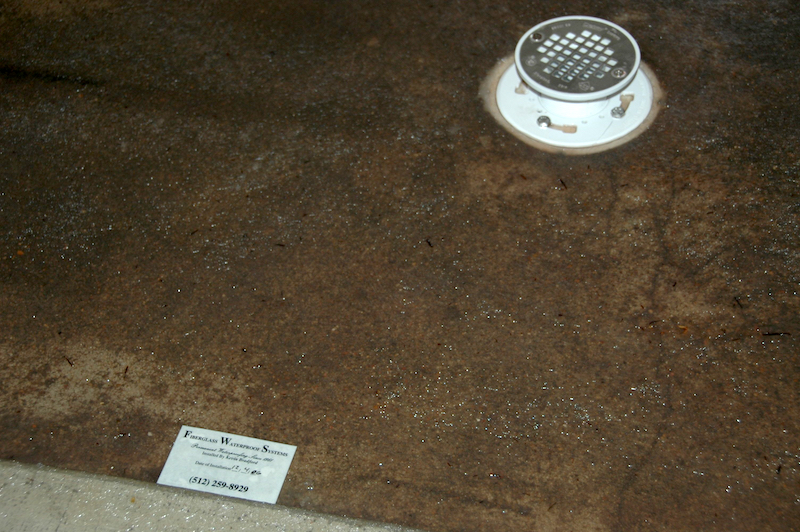 So, starting tomorrow, we will begin hanging durarock walls, and building the mud base for the shower. Then comes the pretty part, the tile.