Upon review, the last photo of the exterior of the house I gave you guys was this gem. There behind the zombie playing trombone from atop one of the Four Rocking Horses of the Apocalypse, you can see how unfinished the house looks. 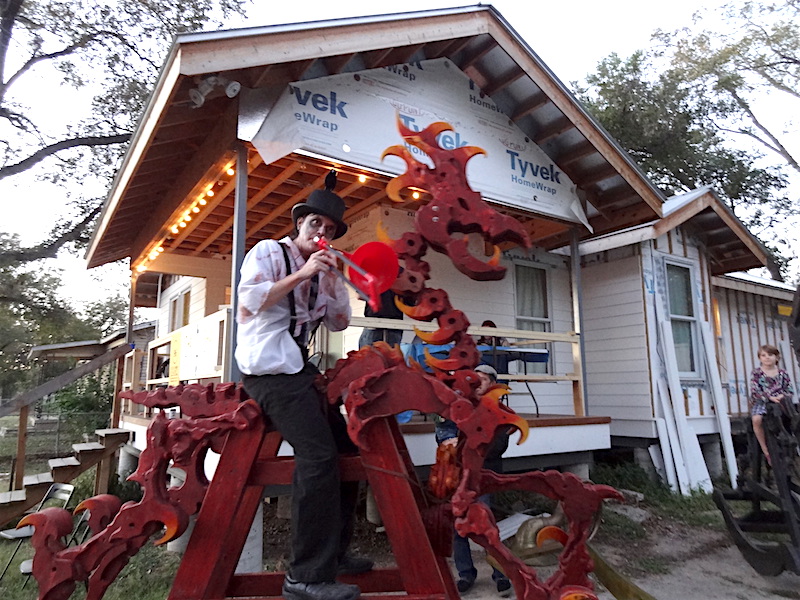 Well, it looks a bit more tidy now. Errek has been busting his ass to get soffit and siding up on most of the house. The very back of the house is still incomplete, as is the porch area because that requires some extra work to make it all come together properly. But check out what he’s done so far. 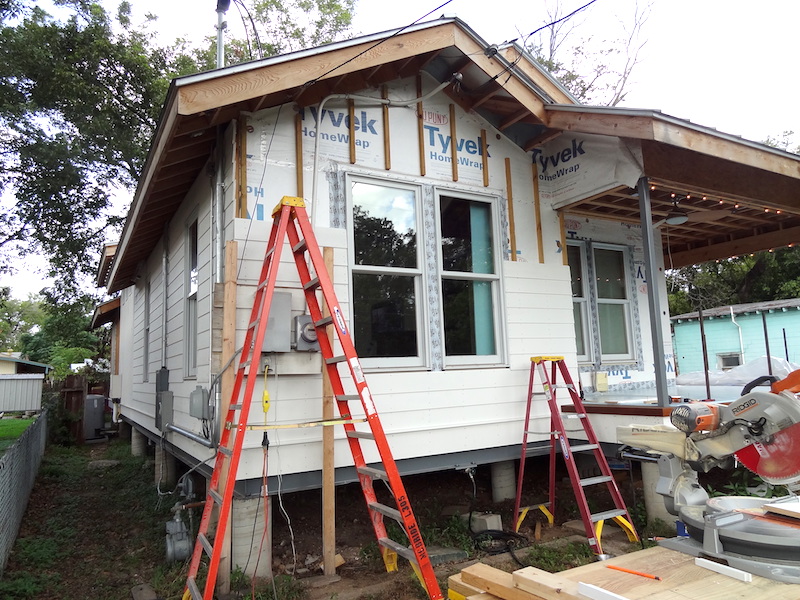 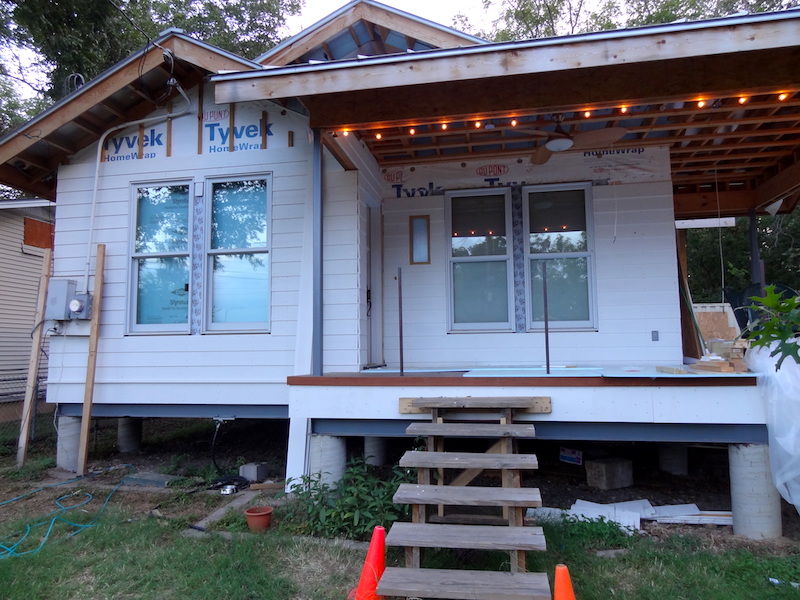 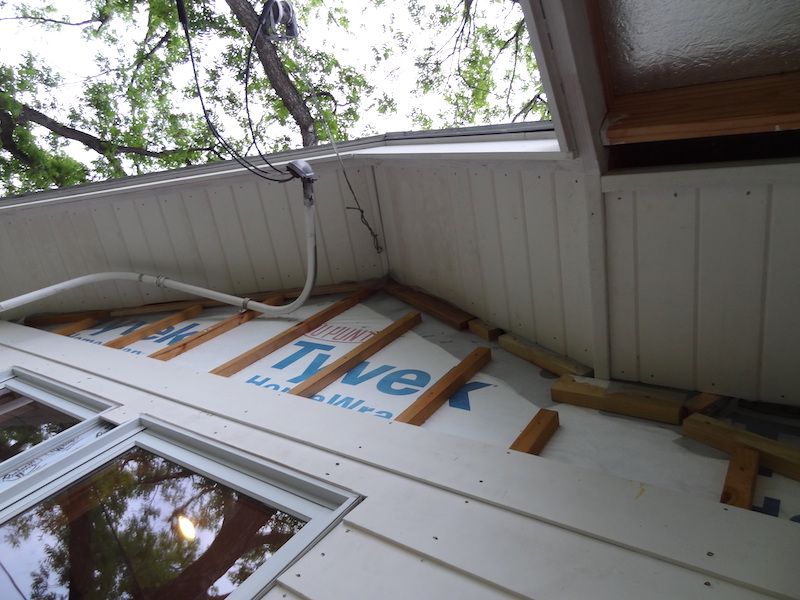 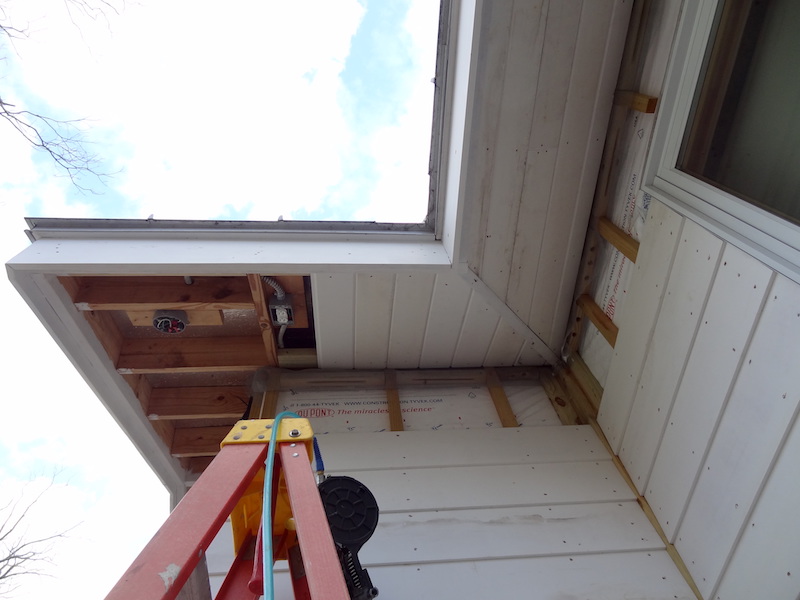 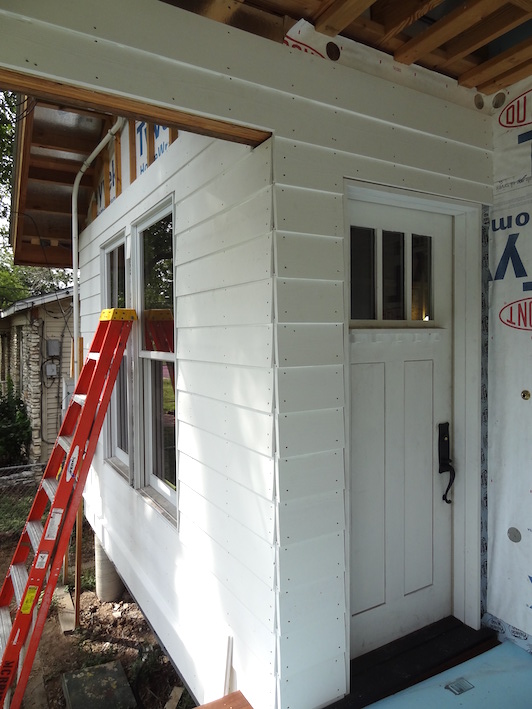 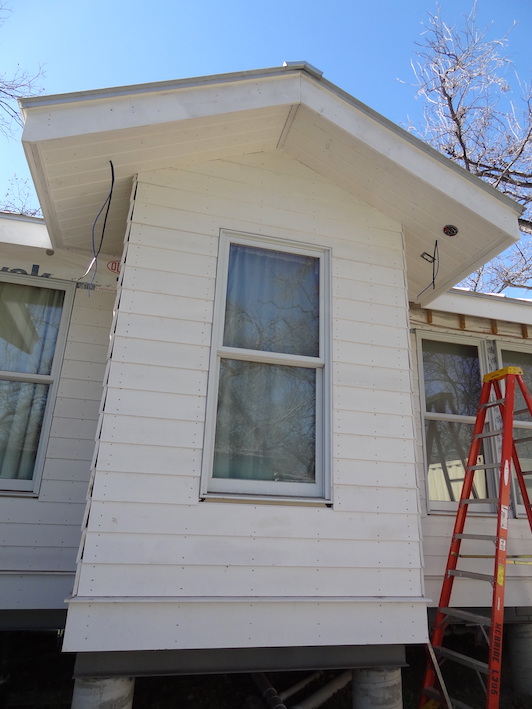 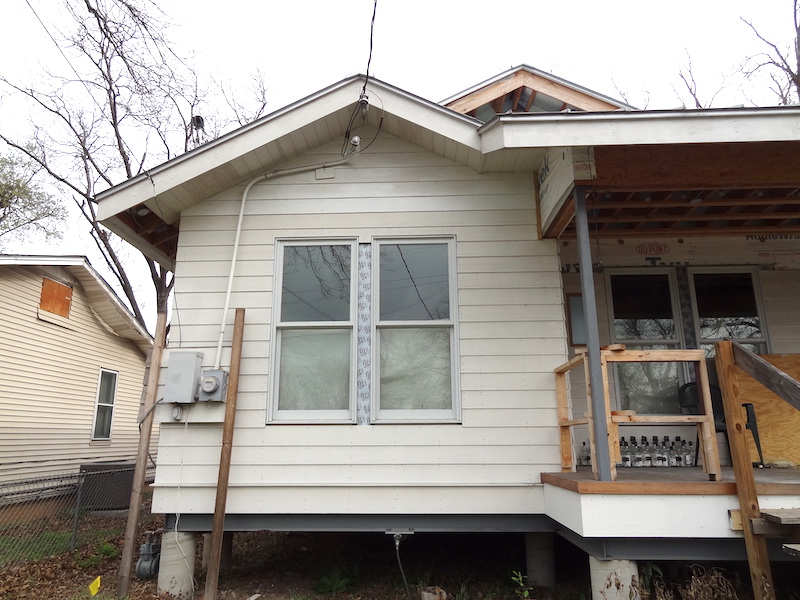 It’s looking good, and it’s a long time coming. When we’re all finished, we’ll “top out” that particular project with a porch swing and some funny stories, but for now I’m just keeping you up to date on the progress.

Wow, that was brief. Can you tell, the meh-itis is kicking in again. But wait, before I sign off from this update, a little bit of random fun and an exciting look into the future I like to call “Raccoons and Kitties and Engineers! Oh My!”

First, the Raccoons, remember Randy? He was the raccoon-shaped nightly visitor to our ceiling back when we didn’t have walls or a roof on the new addition. Well he went and got himself a little lady and they popped out a few kits and boom, whole family of raccoons living in the abandoned house next door. We counted eight all told. Aw cute. 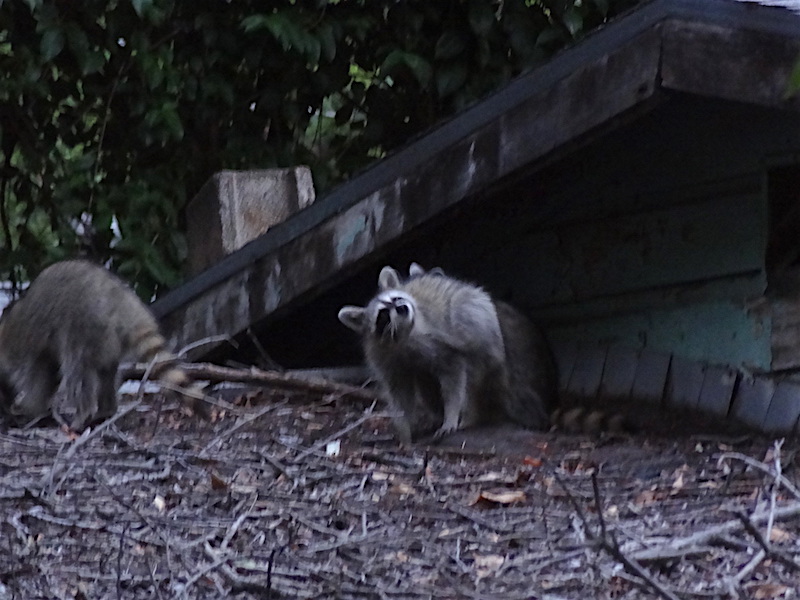 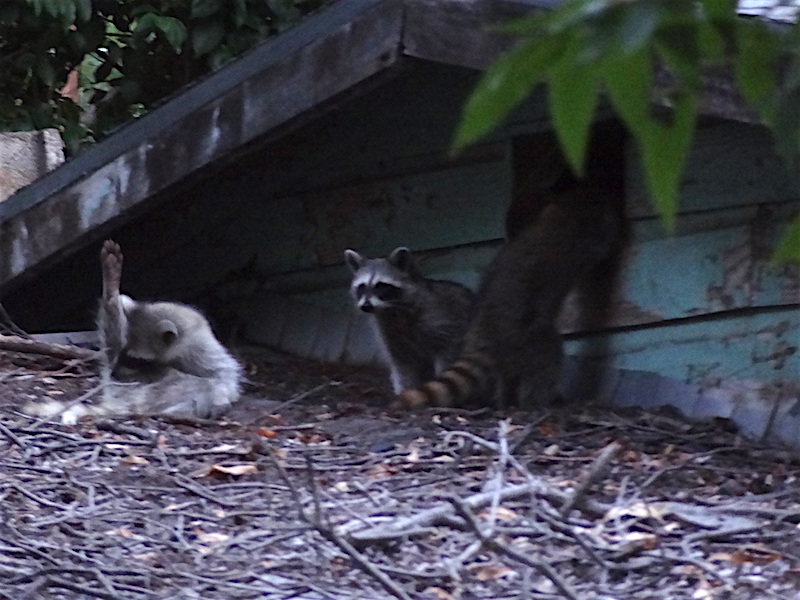 It’s too dark, I can’t see them. I think we’ve lost them. I’ll use the flash. Ahhhhhhhhhh! Okay, found them. 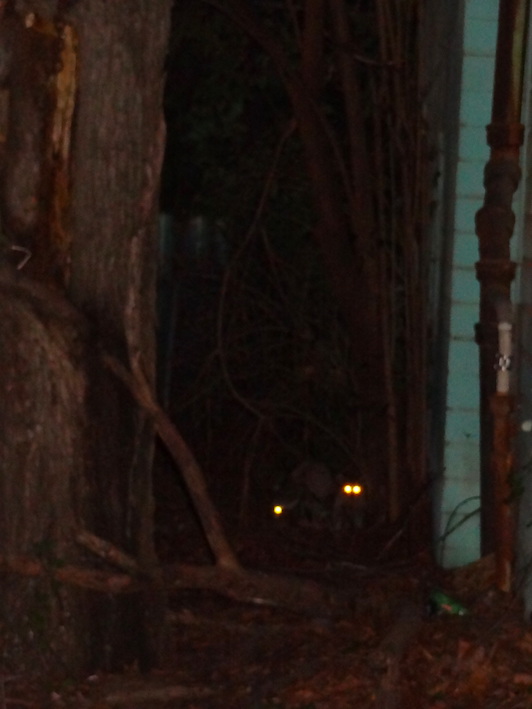 In addition to our regular visits from the raccoons of the hood, we had a very pleasant surprise visit from a very friendly stray cat. We named him Willie the Redheaded Stranger, and he’s got to be the friendliest stray I’ve ever known. He hung with us for that one weekend and we fed him and loved him like he was our own until he moved on like a guardian angel no longer needed. 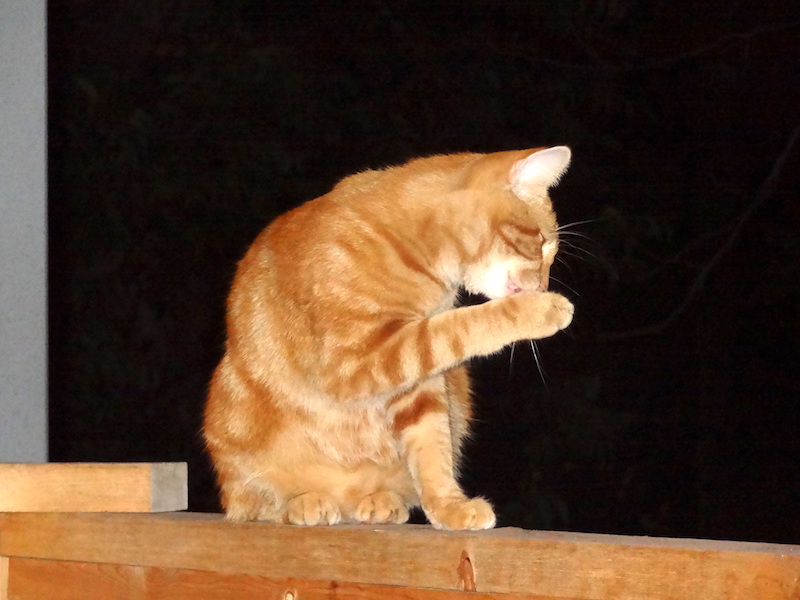 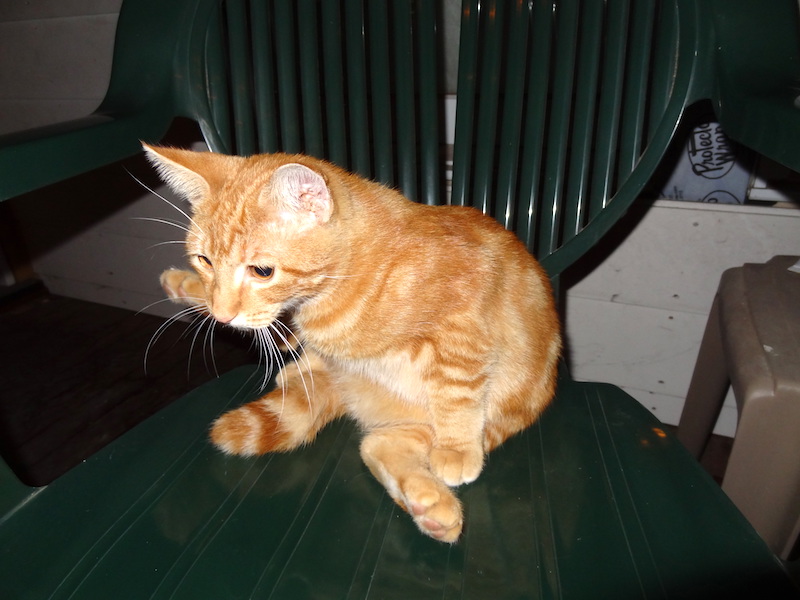 Look at this little cuddle butt! Love that little guy, and where ever he is, he has a little piece of my heart. 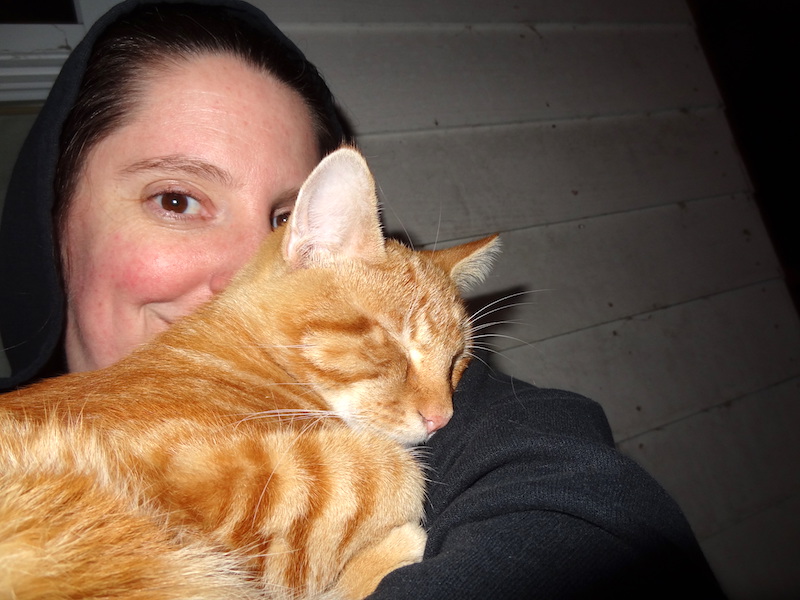 Last but not least, we had a visit from some soil testers this week. Why, you might wonder, would we want soil testers in our yard? Well, because we’re wanting to build this! 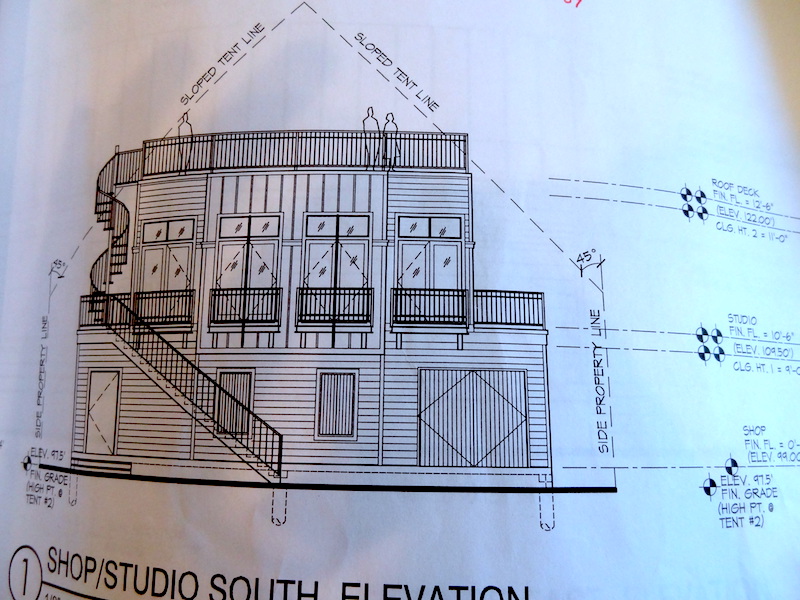 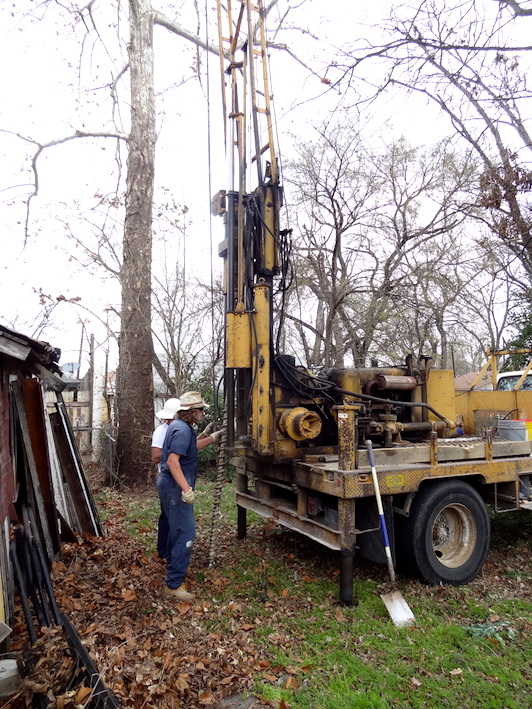 Forty feet they went down, taking core samples along the way to test in their lab. 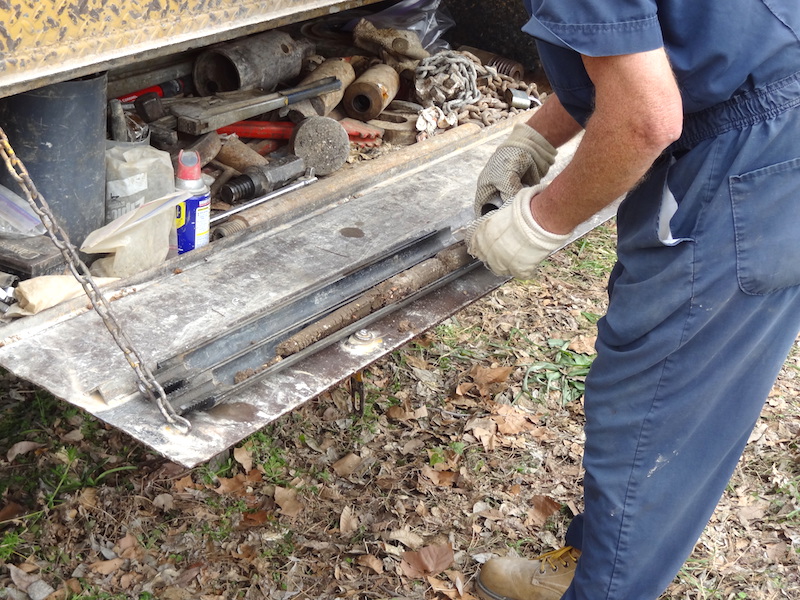 They never did hit bedrock, but at thirty-seven feet they did hit this. 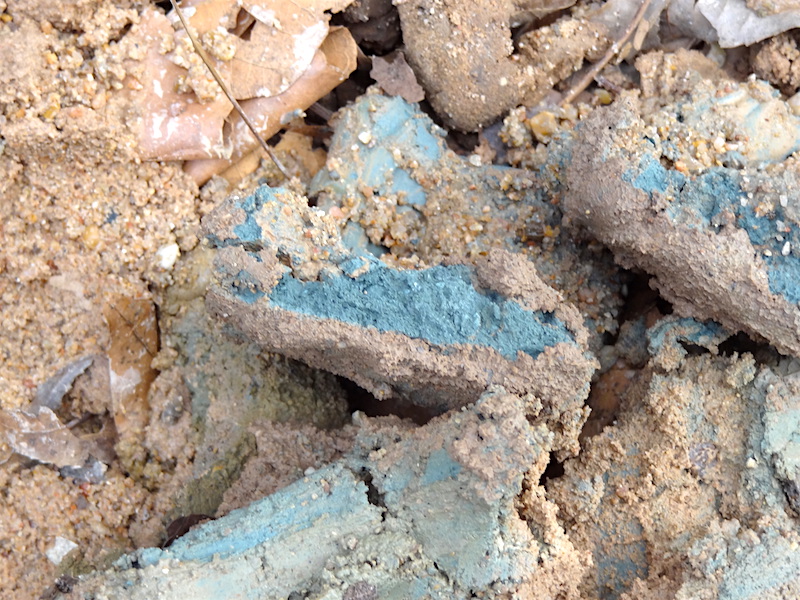 So there you have it, a volcano. Just another little piece of the Pleasant Valley Ranch history. We really have the most fascinating house, if I do say so myself.