Chapter 85: Back in the Bathroom Again

Perhaps you remember that the guest bath was the first room we “finished” the first time around back like ten years ago, but then it rained inside the house and also we raised the roof which meant we also had to raise the ceiling and it kind of screwed up the drywall. See that gap at the top? Time to turn that into more wall. 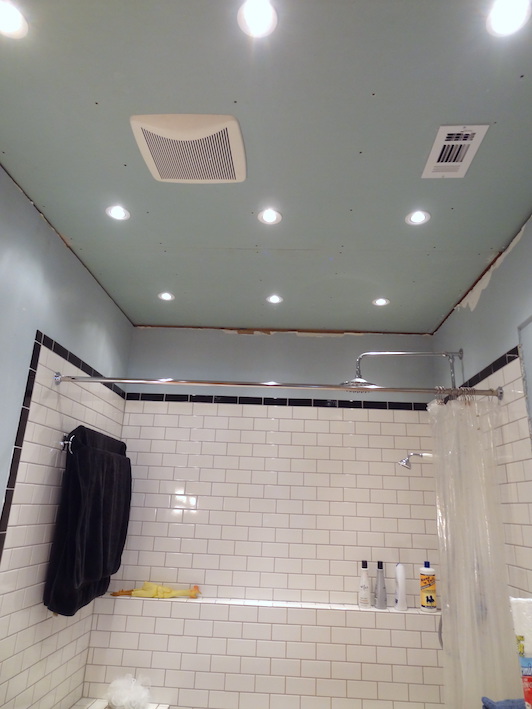 So we had to completely re-drywall and re-paint the guest bath. 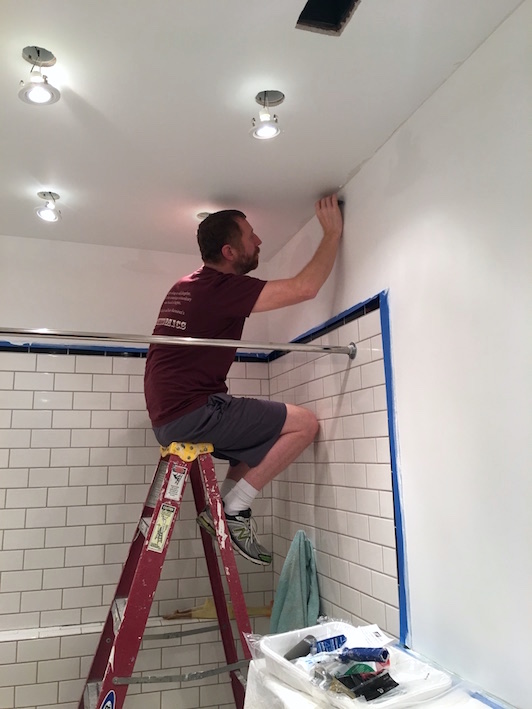 Bathroom chicken was displeased. Poor guy. He get’s no respect. 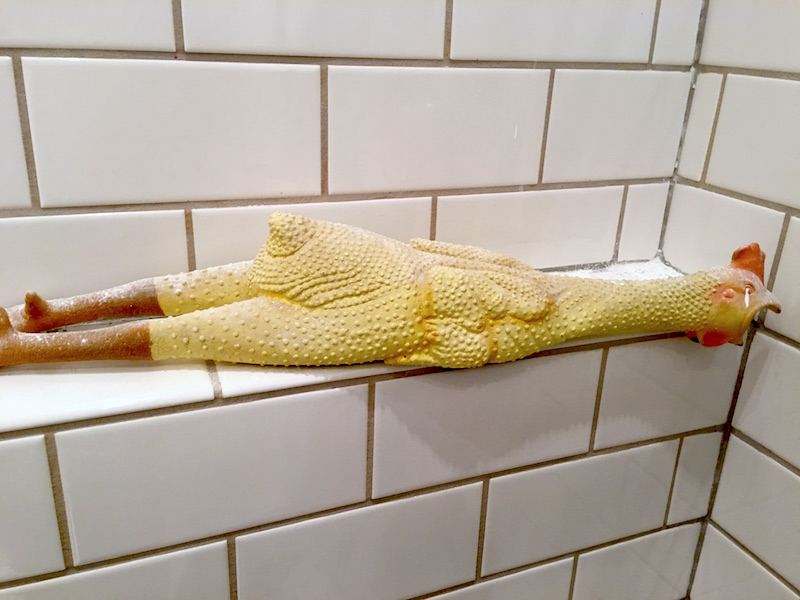 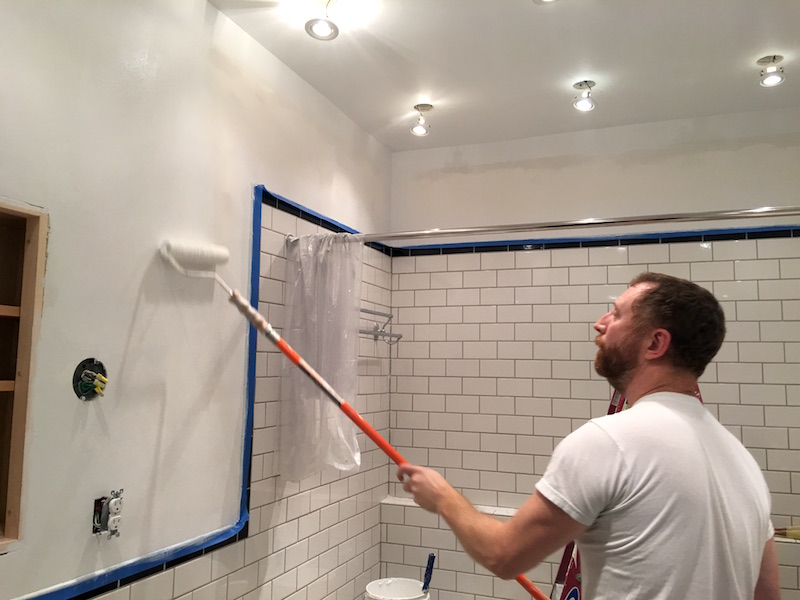 Also, when the house iced over a few years ago, it broke our shower head, so we needed to re-plumb for the new shower, and retile a couple of areas. So Errek got to work making it all come back together. 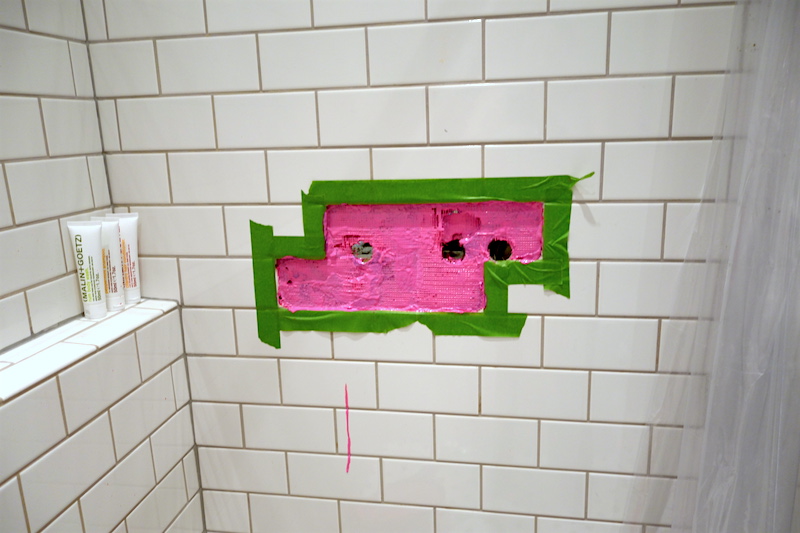 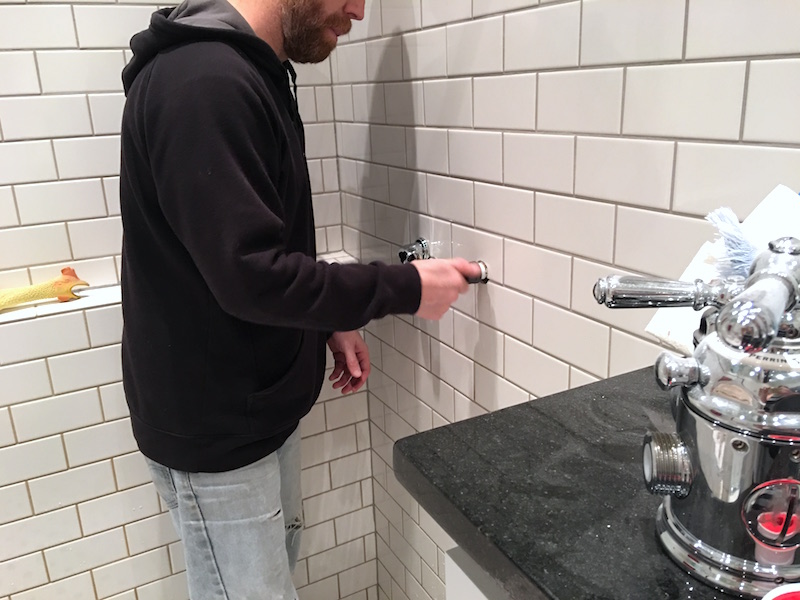 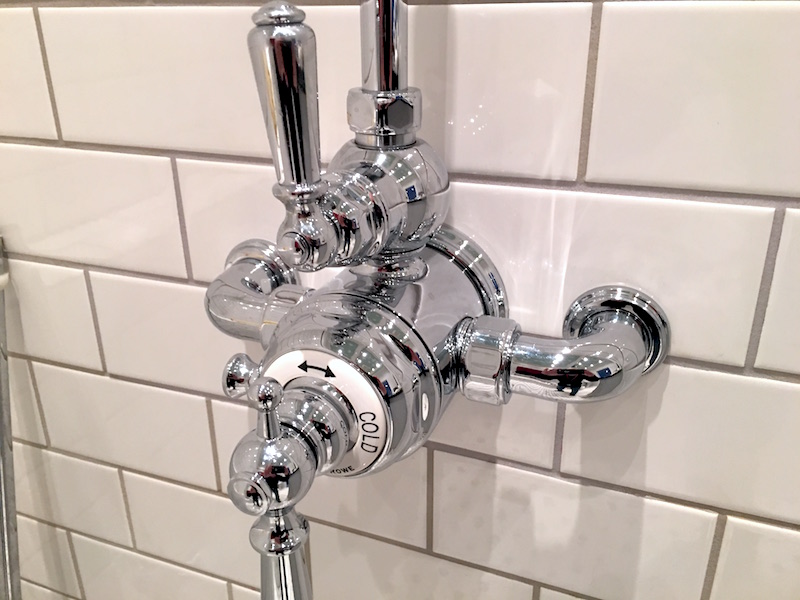 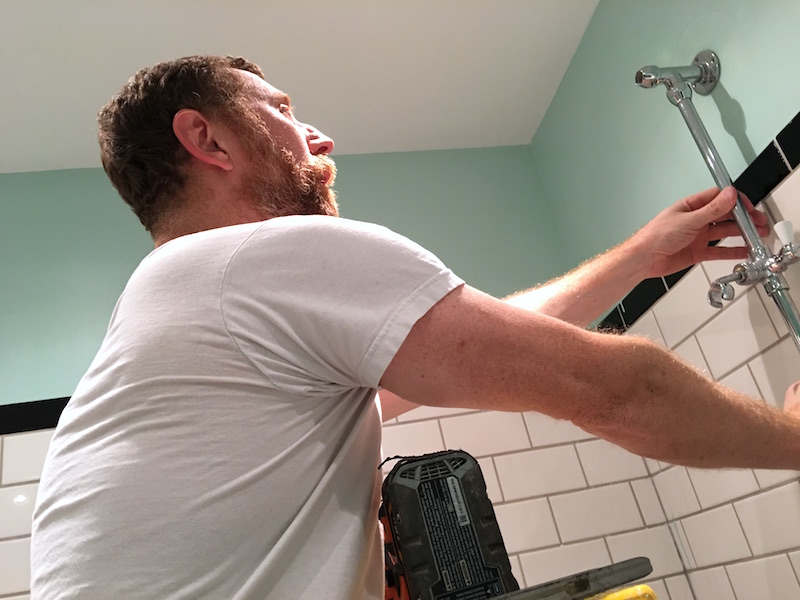 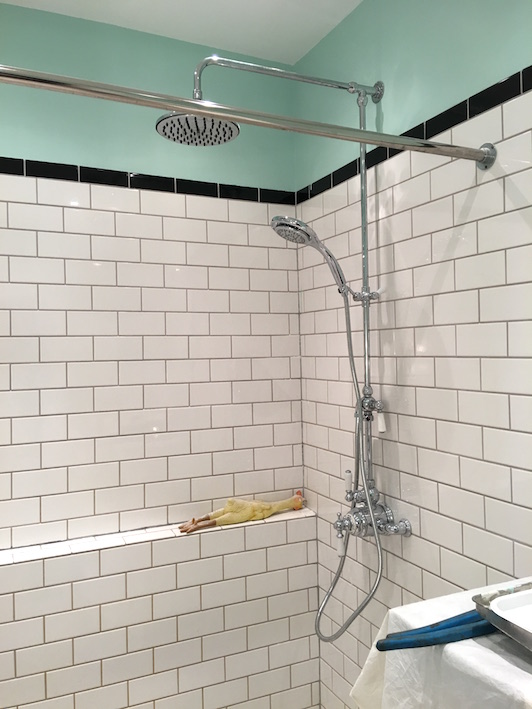 New tile on the half wall, too. 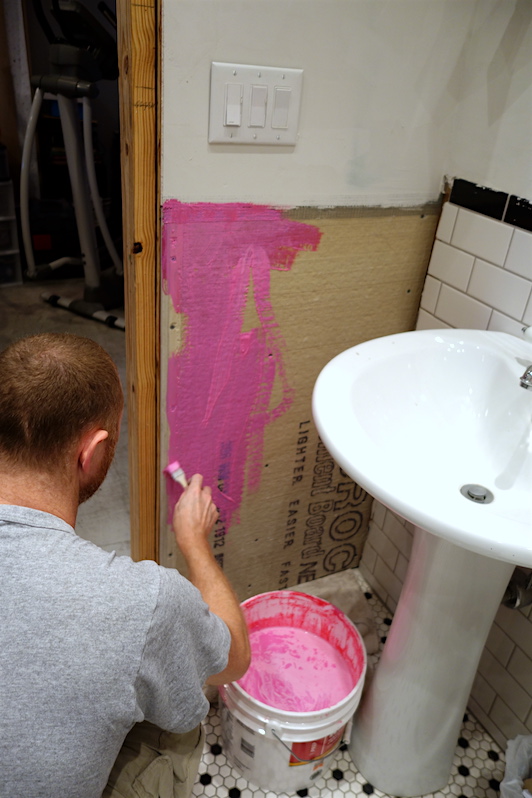 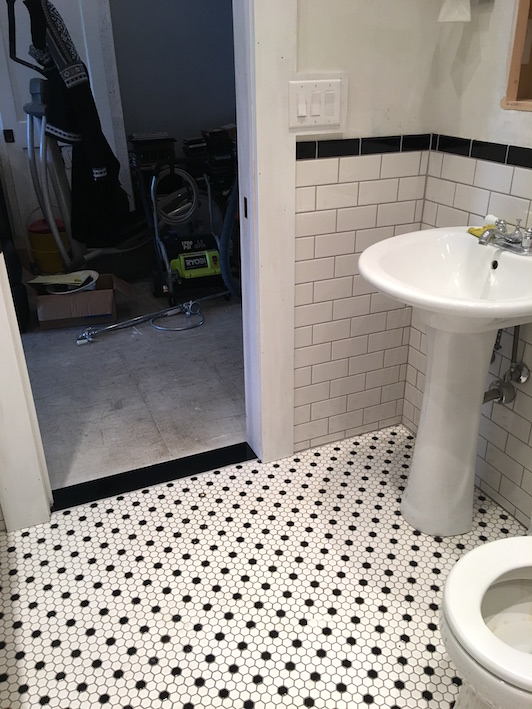 And a new hand towel rack by the sink. 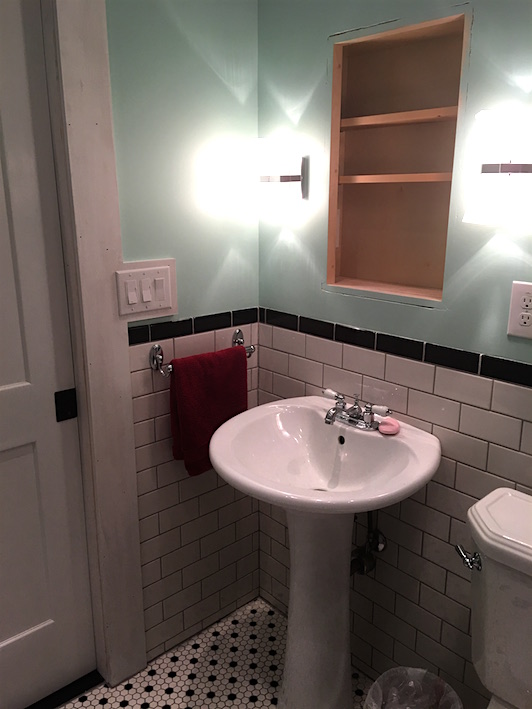 Lookin’ good. We’re almost done now. The only things missing in this room are the two mirrors (medicine cabinet and back wall), and the door header, as well as a final coat of paint on the door trim.

This makes three rooms which are mostly finished — the kitchen and both bathrooms. Woot! Woot! I think I can see the light at the end of the tunnel, and it’s a sight for sore eyes.

Now, it’s time to head outside for some more progress!