Chapter 97: Windows for the Treehouse

Alrighty, so it’s FINALLY time for the upstairs windows. The goal, again, is the French Quarter and so we got some gunmetal gray windows to match the back wall of the existing house, which has a sort of french door style to them. 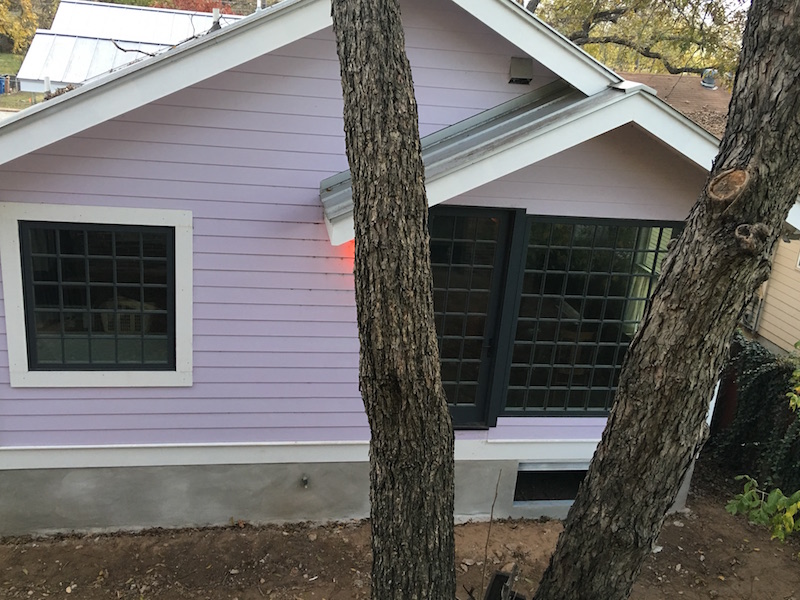 So here’s the short version of the long story of what happened with these windows:

We wanted the same windows as we have in the original house, Kolbe wood interior with aluminum clad “gunmetal gray” exterior.

But, as I mentioned before, we were done with Bob and his shop so we asked for prices from everyone else and went with Marvin windows because they were comparable to Kolbe, and we ordered these Marvins through Amazing Exteriors.

First of all, we had to wait the requisite 6 weeks for our windows to be ready. When they were, we skipped the excessively expensive delivery fee. Errek rented a U-Haul. Genius, right? 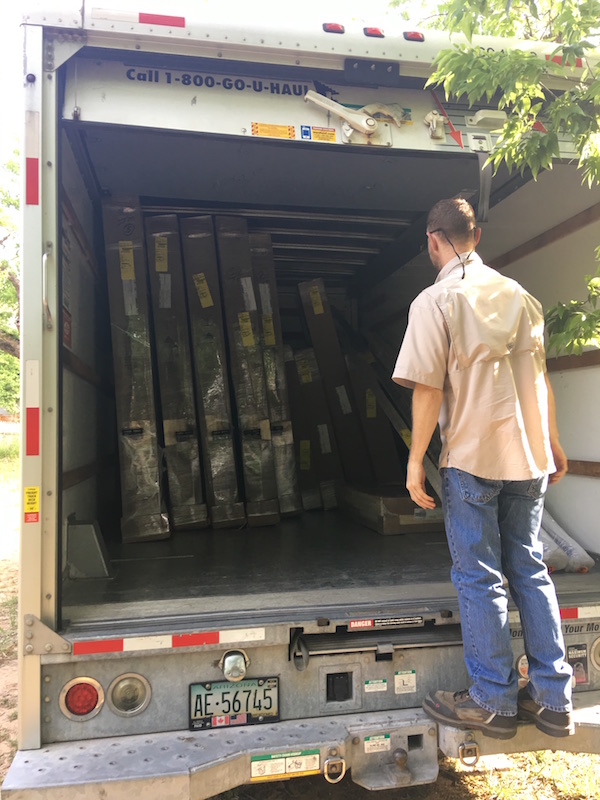 Those windows are ridiculously heavy, and I had a bit of a panic attack trying to lift them, but fortunately our friend Cary came out to lend a hand and get those windows upstairs where they belong. 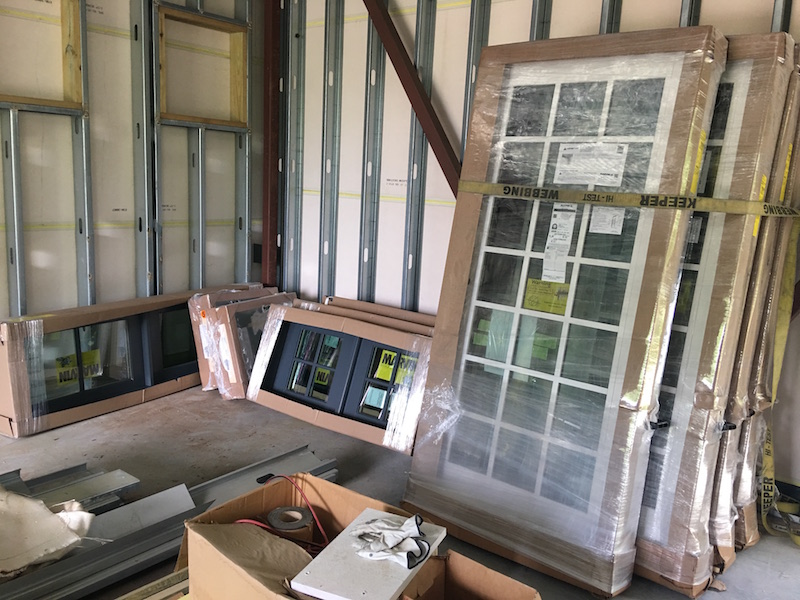 And so our tree house remained open to the elements for another eight weeks as we waited for Amazing Exteriors and Marvin to fix this mess. 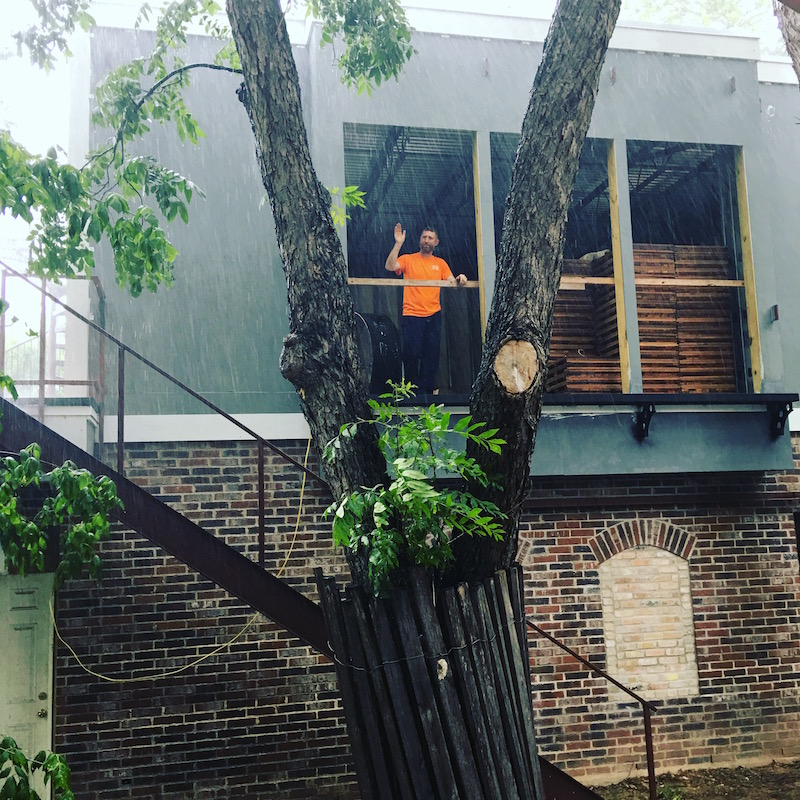 But finally they arrives and they were correct the second time, so we got our installers back out and voila, the holes got filled with some gorgeous windows. 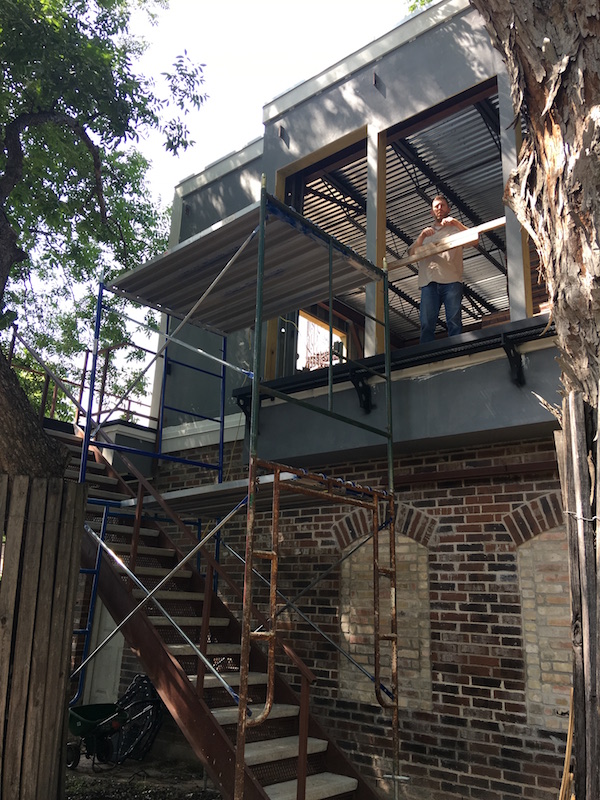 I keep calling them windows, but actually they’re doors.

Here are some gorgeous little french doors with transoms, which open up to the tiny balcony. 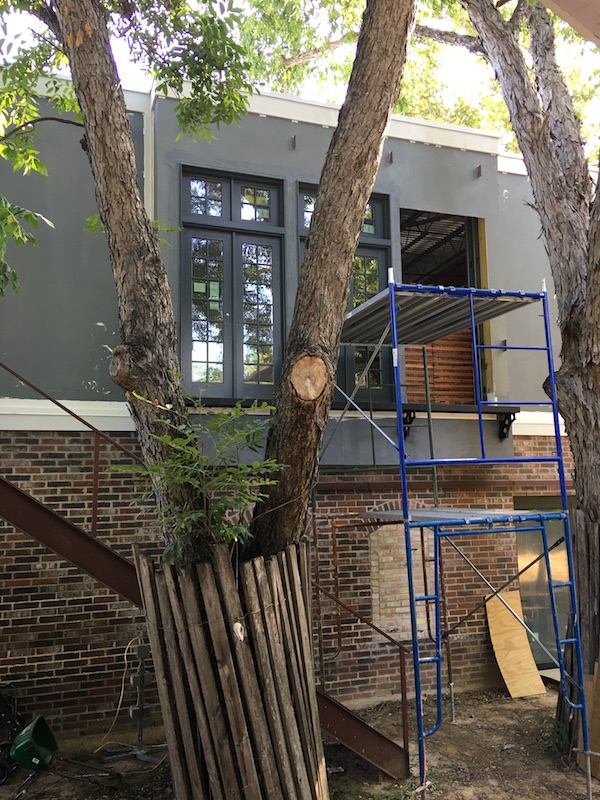 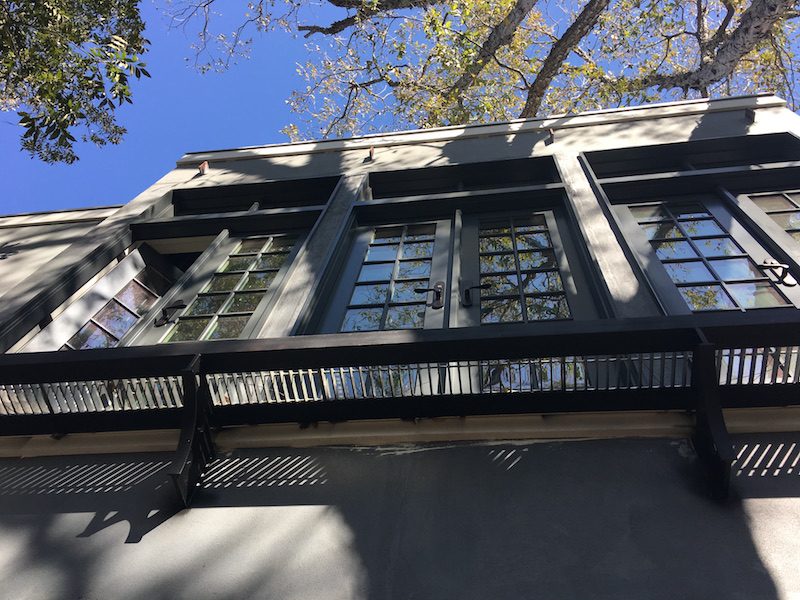 Another pretty little french door opens onto the east deck. 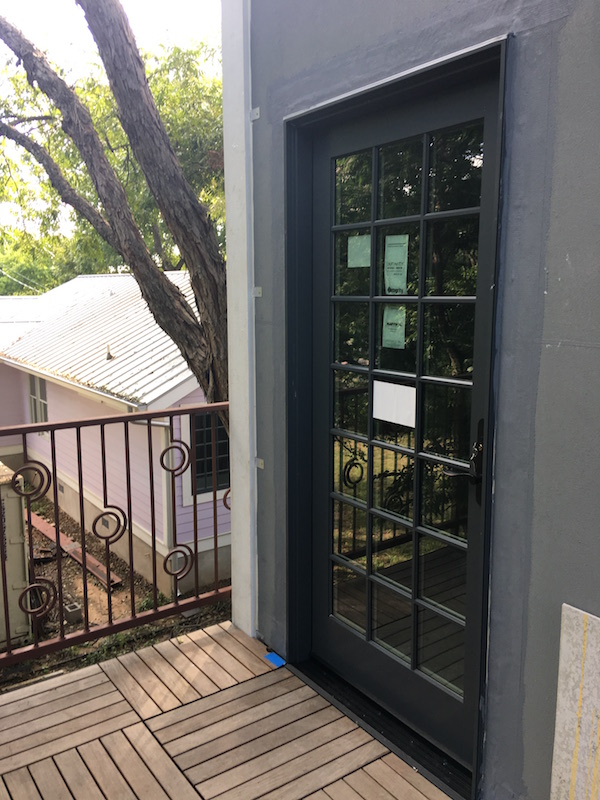 And on the west deck, vavavavoom! 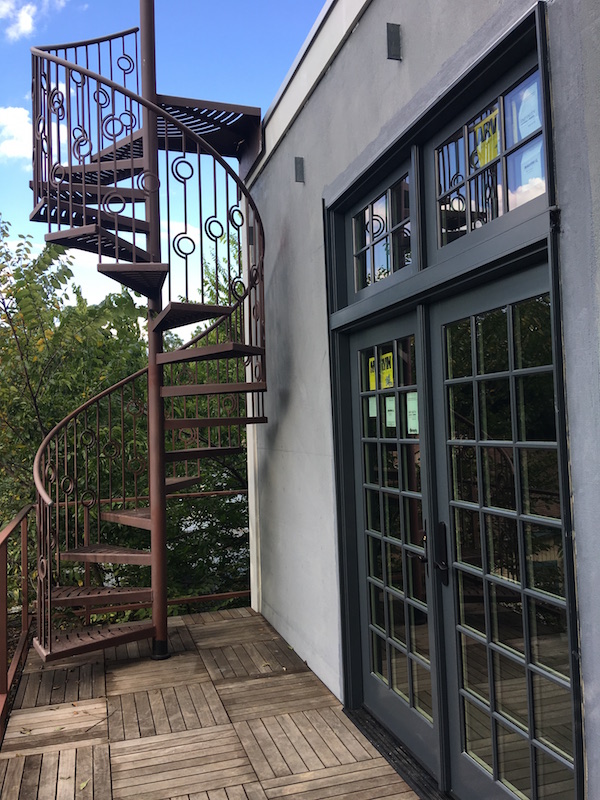 The view from inside just got a lot better. 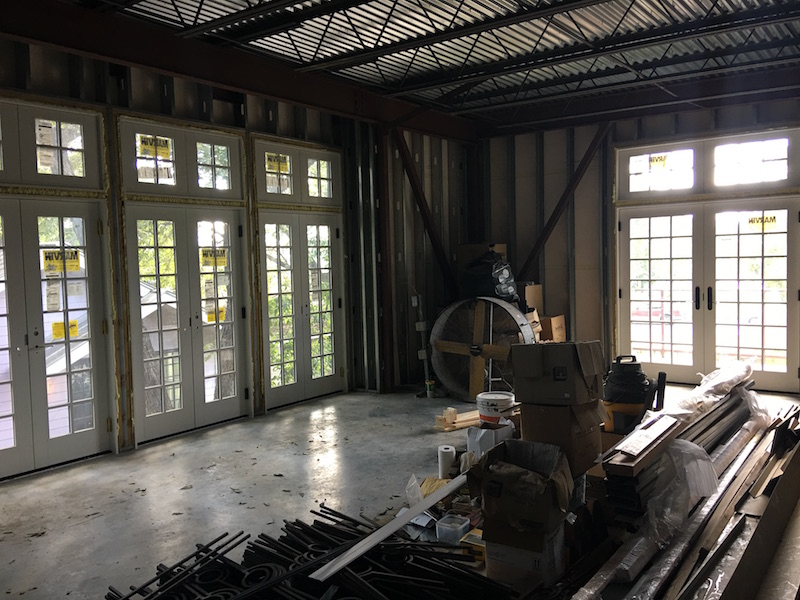 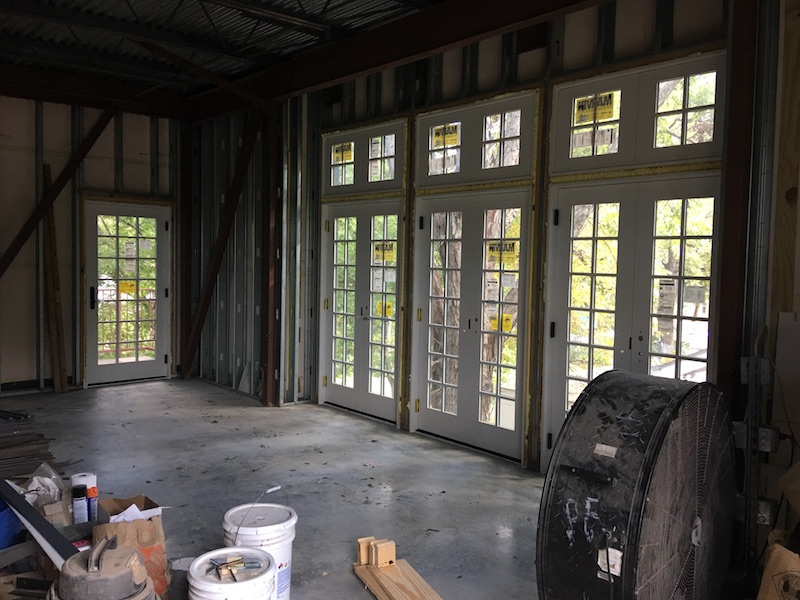 Isn’t it lovely? The plan had been for this to be primarily an Airbnb space for a while, but I’ve fallen in love, and sort of claimed it as mine! So this will be my office when it’s not rented out. Woohoo!