Chapter 98: Let There Be Light

Alrighty, so now that we had two enclosed spaces, it was time to make them livable. First up, electricity and lighting.

First, we had to finish the trench that Errek started way back when we had the foundation poured. The trench will have pipes in it that will house electrical, internet, and other cables. 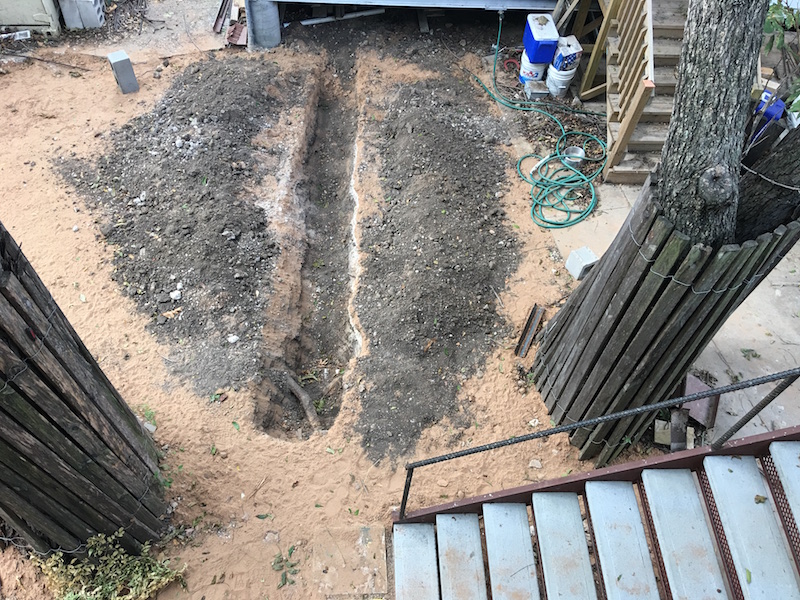 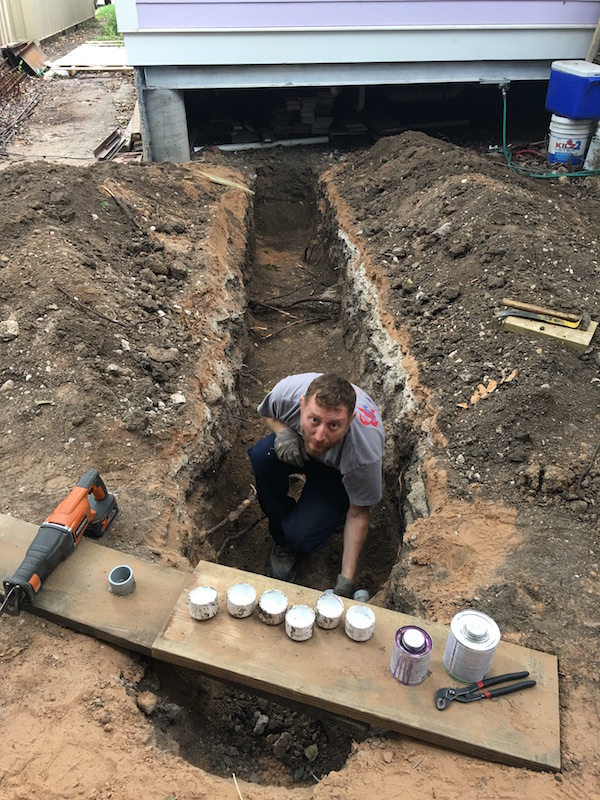 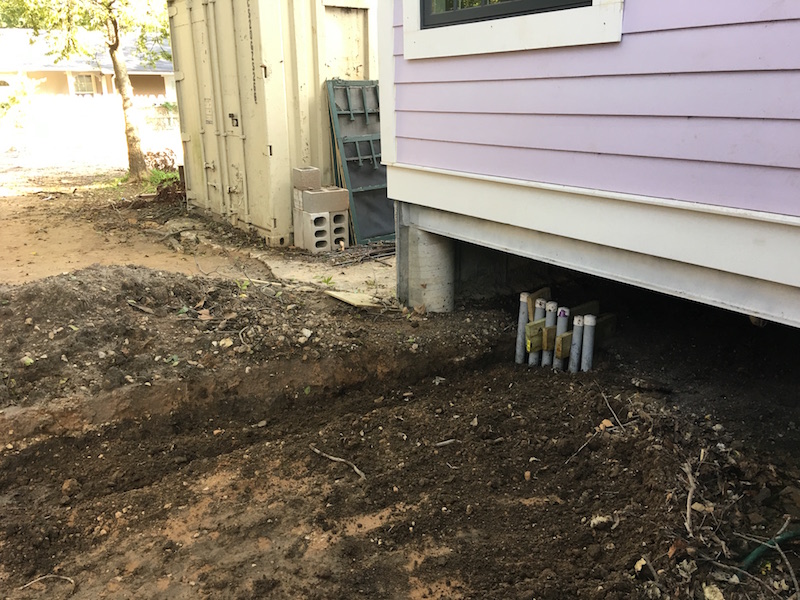 With the trench dug, we could bring electrical lines off the main breaker box and feed them into a sub panel in the new building. Then from there pipe it into the walls and ceiling and upstairs.

Look at that pipe, it’s gorgeous. 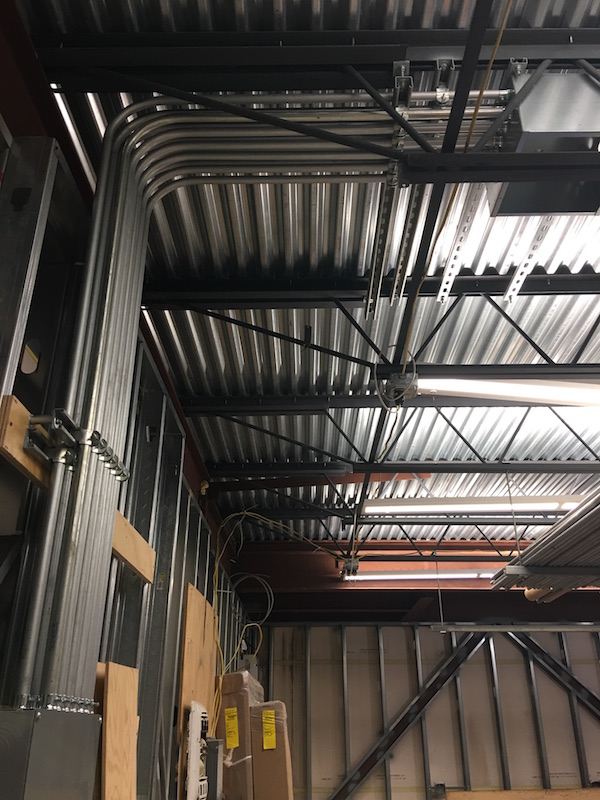 In order to get the pipes upstairs, we had to core holes through the concrete. That was a loud and messy, but productive, weekend. 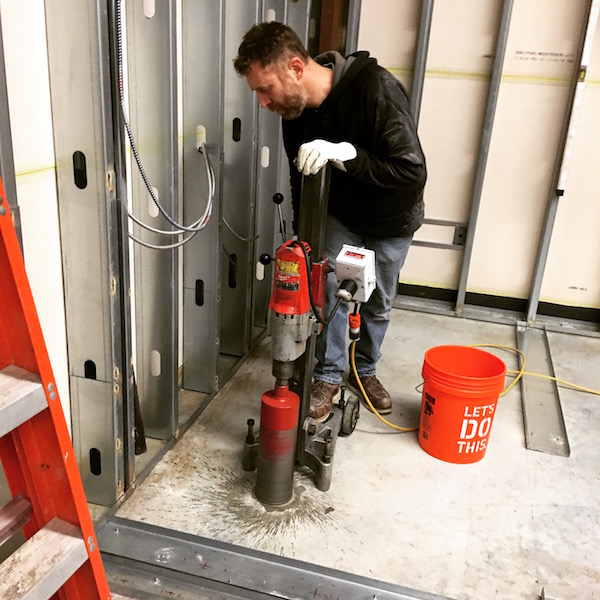 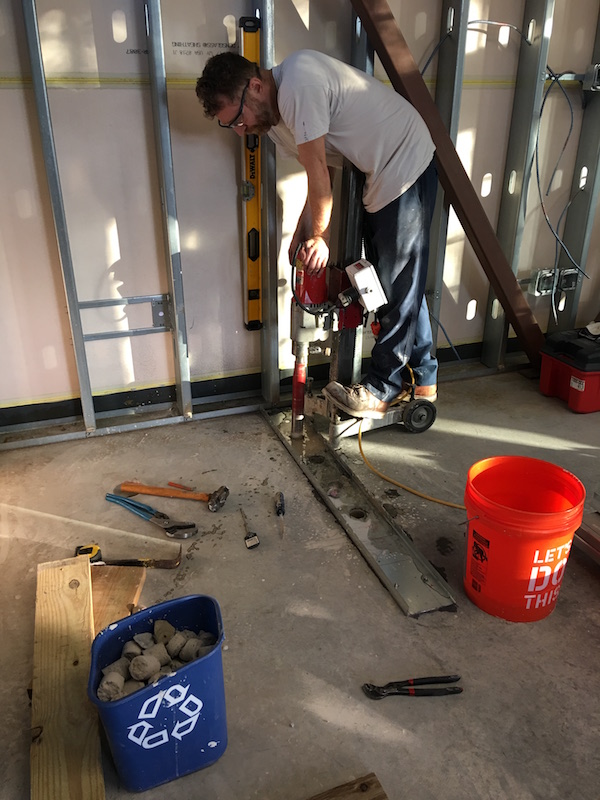 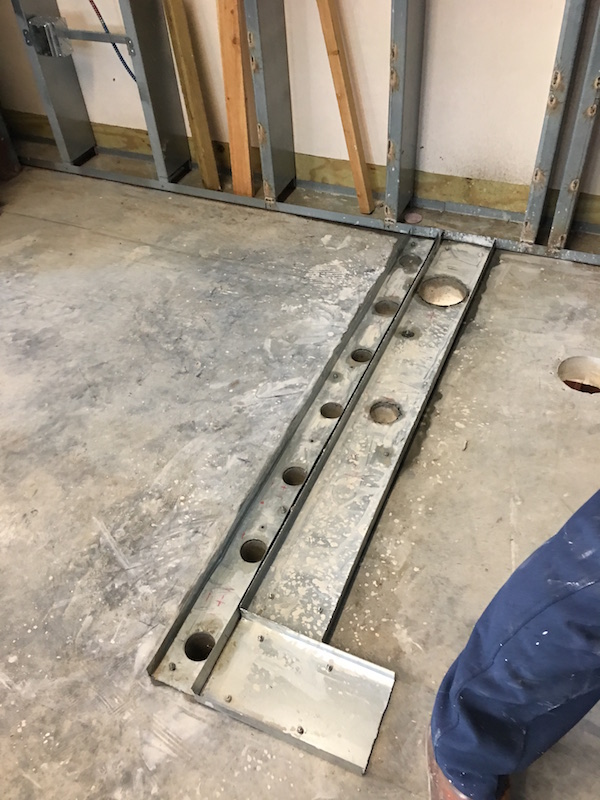 My job through all of this was to stand on a ladder downstairs and catch the scorching hot chunks of concrete with a bucket. Party! 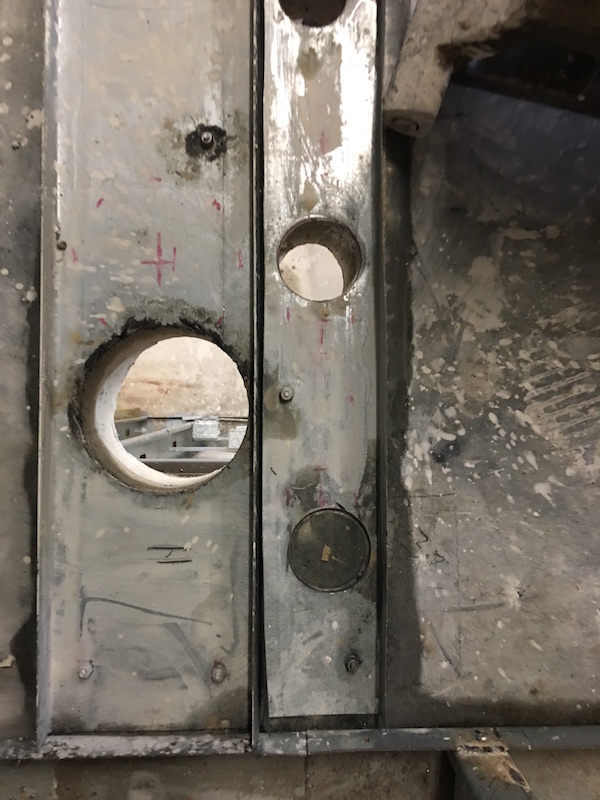 Then Errek built the walls for the two bathrooms so the pipes could go in them. 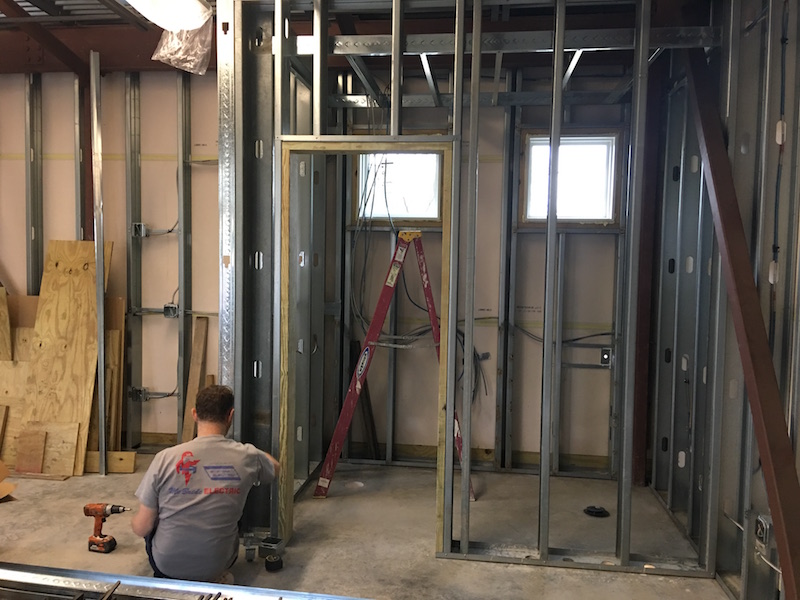 And then Errek did some more crazy pipe bending to get the wire out of the box and up through the holes into the walls. 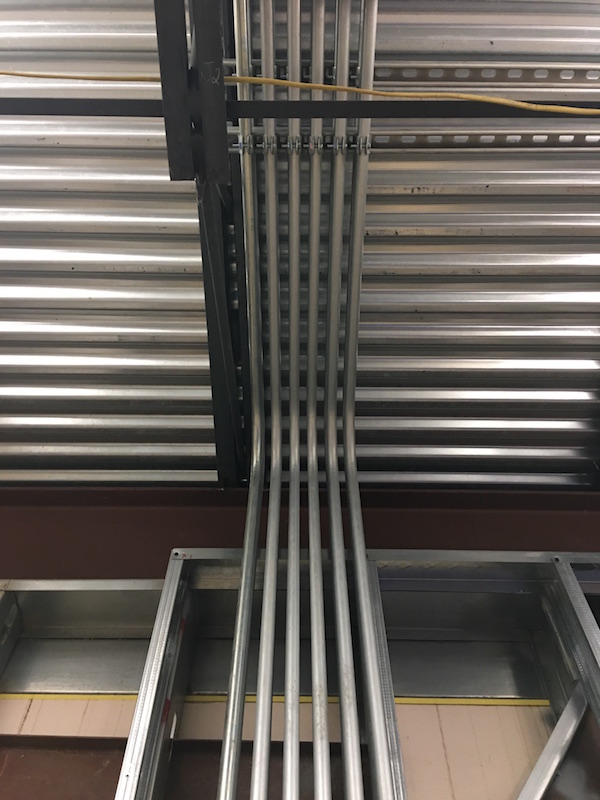 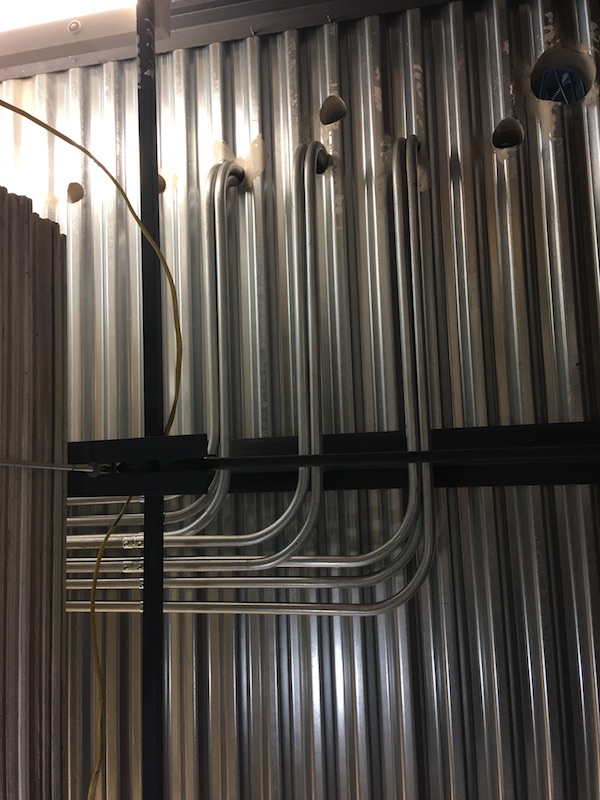 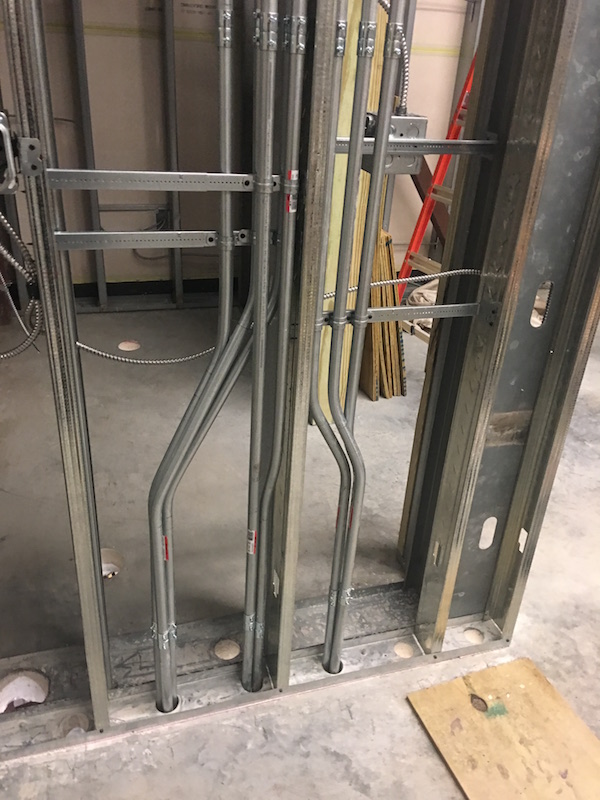 Once the pipe was in, we pulled wire through and tada, had all the ingredients for actual lighting. 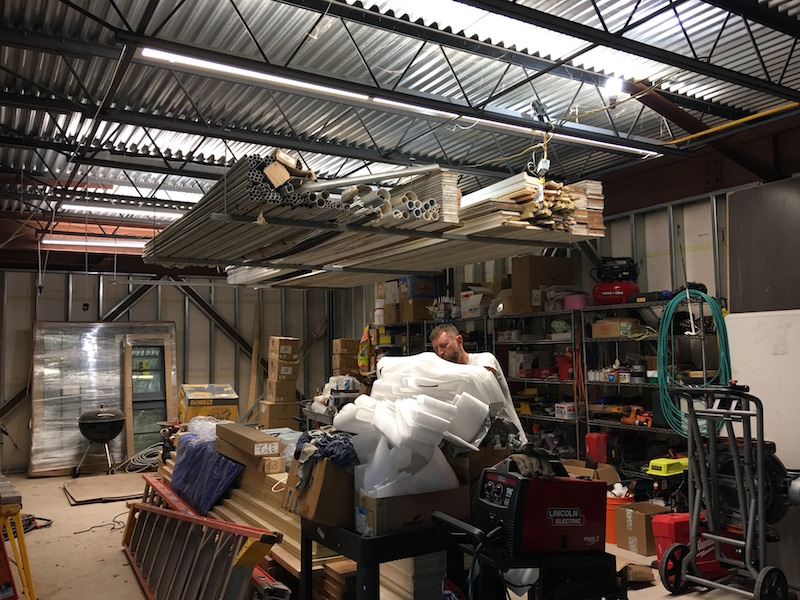 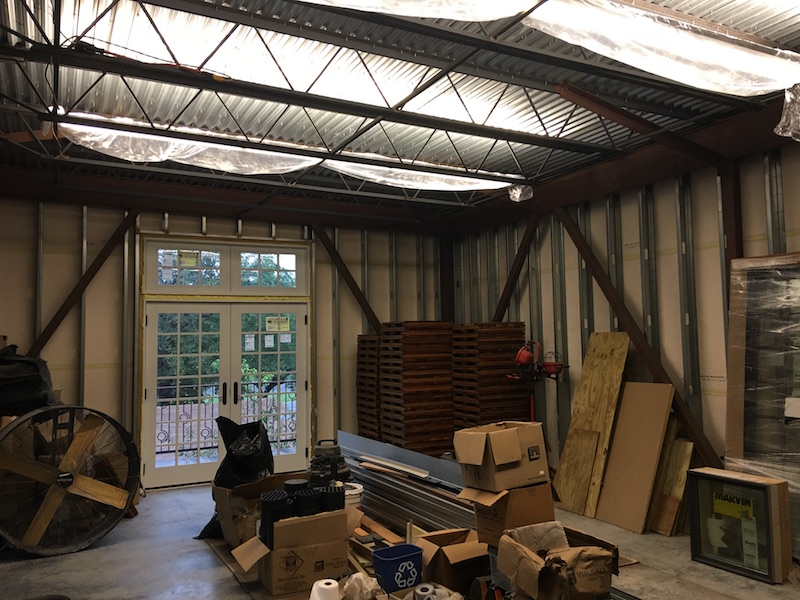 Now there ya are, a mighty fine upgrade to the cat jungle gym. 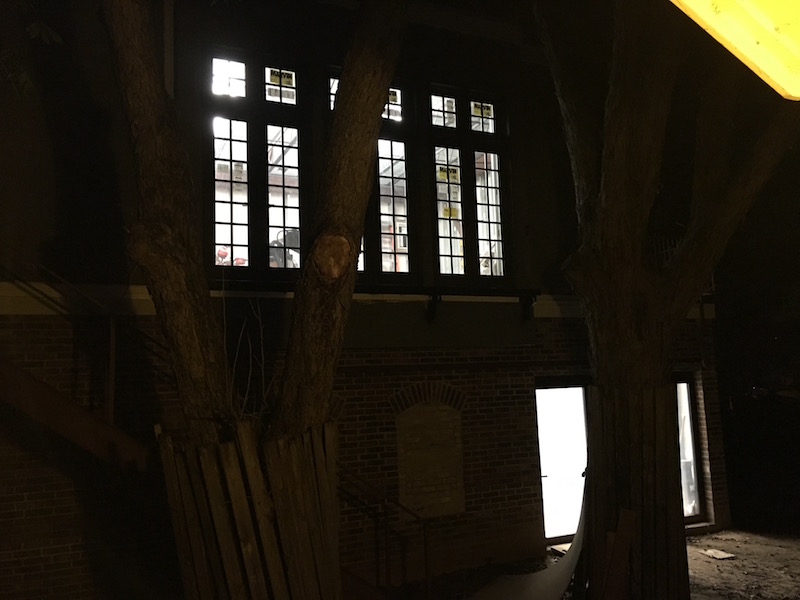 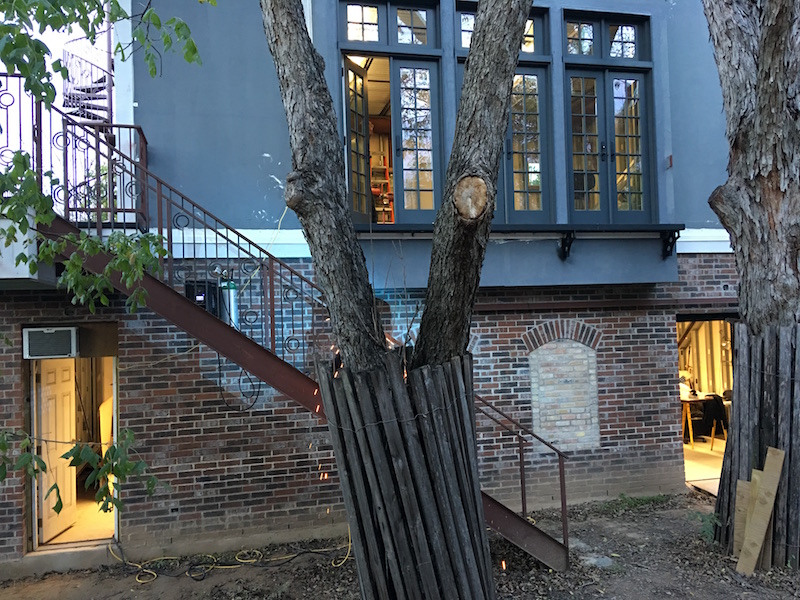 The neighborhood cats are displeased to be closed out. Totally not creepy at all, guys. 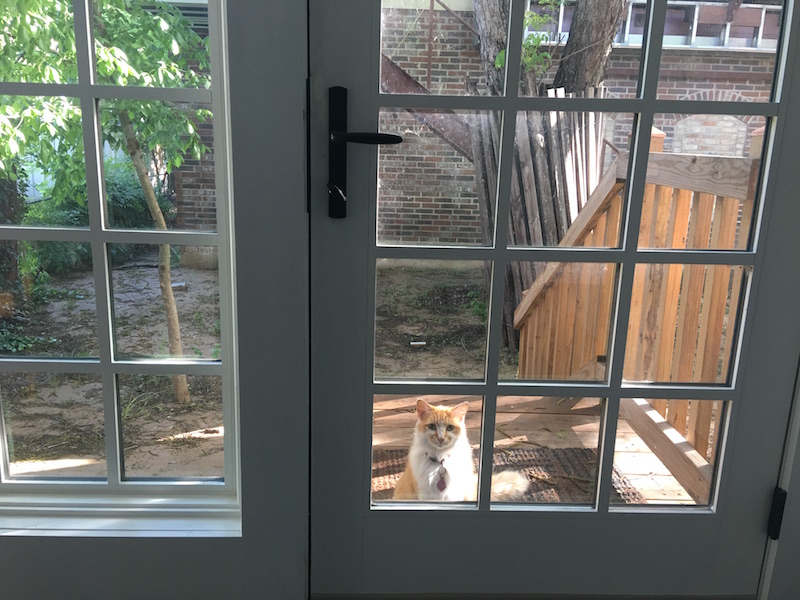 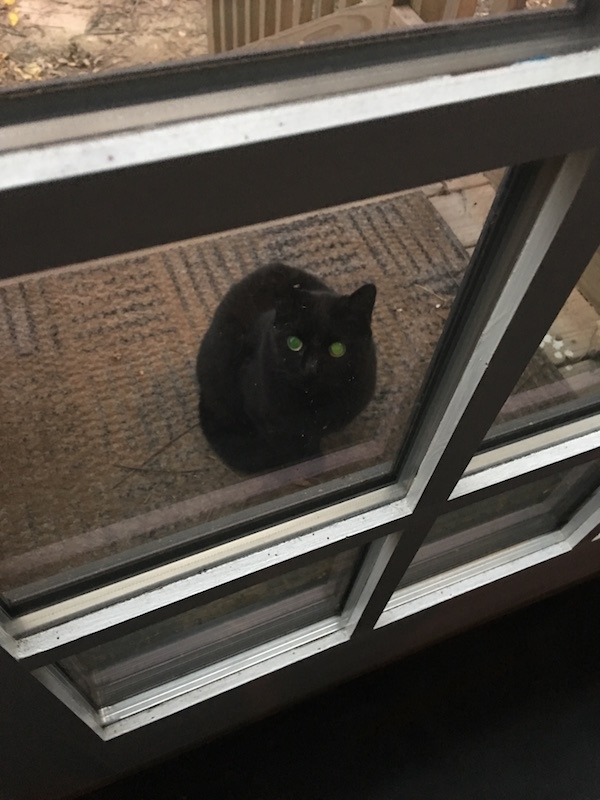 And speaking of light, check out the view from the deck. Last sunset of 2018. 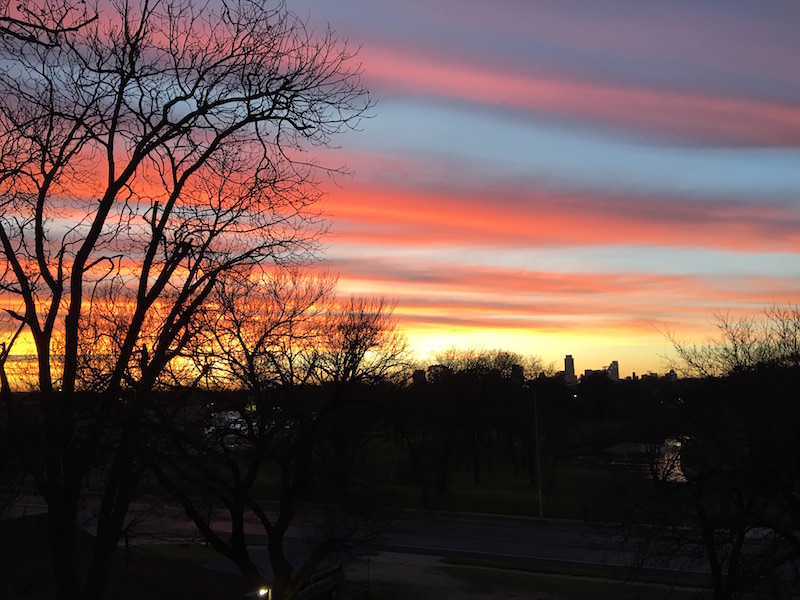 And then at midnight, the New Years fireworks from the deck. Wow, east Austin, y’all really know how to light up the sky.