Preface: In the Beginning

So this is how it all began, the story of Pleasant Valley Ranch, like a math equation. 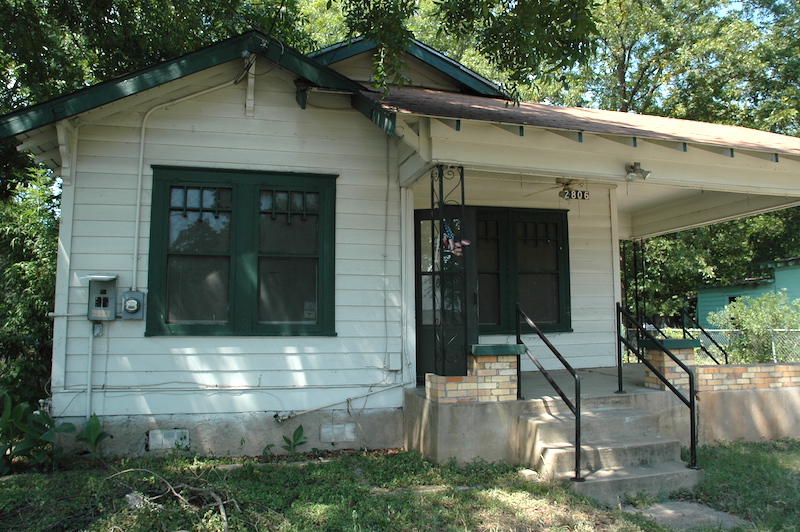 Add one fearless fella who knows a lot about home construction. 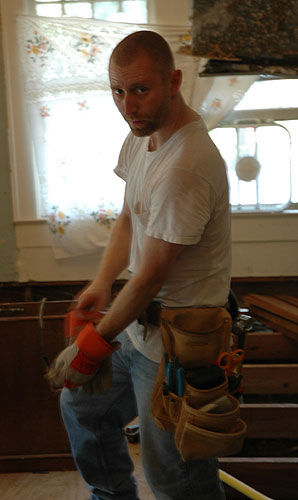 Then add one giggly gal who knows next to nothing about how to use power tools, but has the enthusiasm of ten men. 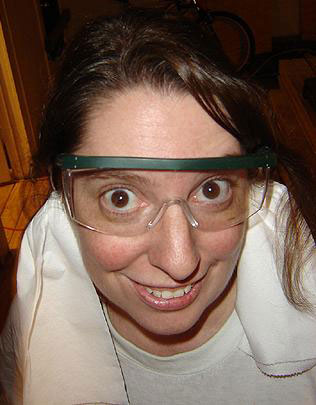 And what do you get?

(I promise, this will be the first and last time I ever use glitter words.)

That’s right, welcome to the story of Pleasant Valley Ranch, the early years.

In late June, 2006 — after the craziest month of financial circle running, hoop jumping, hair pulling and eye gouging, and between celebratory buckets of booze with his buddies visiting Austin from Tennessee, Errek bought a house.

It was a damn cute little thing except that the foundation wasn’t level, the roof leaked, the AC didn’t work, there was extensive termite damage, the porch was cracked…actually everything was cracked. In fact, the house FAILED every single point of the inspection. But who is Errek if not a handy-man looking for a challenge?

This is the story of that challenge.

The house, dubbed (by us) as “Pleasant Valley Ranch,” was nestled at the bend of the Pleasant Valley arroyo just across the street from the H.E. Butts general store. It was 60 years old and according to the neighborhood gossip the former residence of Mr. Perez, who, sadly, left this Earth about a year before. Apparently, he was a little bit senile and was known to wander. Not that his tendency to go on walkabout had anything to do with his death, it was just a neat little tidbit of the history of Pleasant Valley Ranch (PVR for short). But I digress, the point is, the neighbors were used to keeping a close eye on Mr. Perez, much as they seemed to be keeping a close eye on us. Errek was the palest face on the block, with the exception of the house next door where a bunch of redneck meth-y guys with no teeth were cooking their dinner in their backyard every night.

This is their backyard. 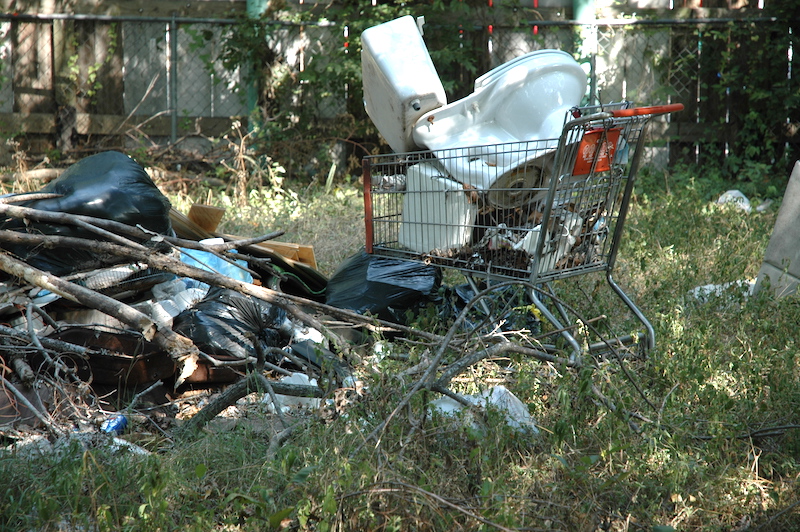 Otherwise, the neighborhood is a close-knit Latino block with uncles and nephews everywhere. It’s pretty cool. Lots of good people. And the immediate neighbors seem to be slowly warming to Errek. Mr. Hernandez across the street nodded and waved goodnight last week.

Part of the reason for the curiosity among the neighbors was apparently the melodrama that took place prior to Errek’s purchase. You see, when Mr. Perez died his many children and grandchildren argued about whether to keep or sell the house. It was a contentious fight and ended in favor of selling, but apparently the argument led to some of the children no longer speaking to one another. That’s never good. The house was sold to an investor who kept it empty for a year, then he turned around and sold it to Errek all without a “for sale” sign ever going up in the yard. So the neighbors were understandably confused when some white dude showed up in the yard, acting like he owned the place…cuz, you know, he did.

Anyway, long story short, PVR was a neat house, but it needed some love…and that’s just what we were ready to give it.

Stay-tuned to track the progress from fixer-upper to fixed-up. Fun. Fun.